Which party will win Karnataka Elections 2018? 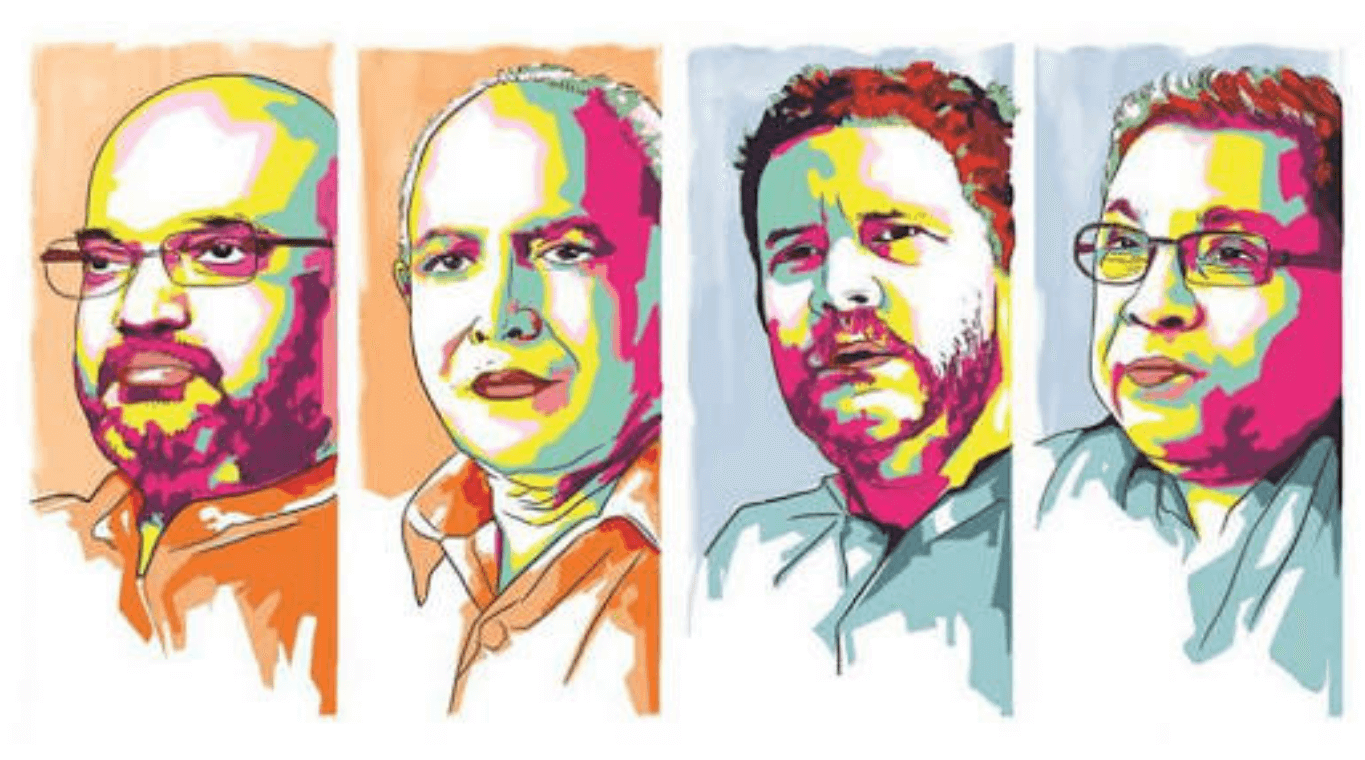 The people of Karnataka will vote on May 12 in the Karnataka elections 2018 that is crucial for both Chief Minister Siddaramaiah of the Congress and the BJP, which has deployed its whole arsenal of star campaigners including Prime Minister Narendra Modi in a bid to take the southern state from the Congress’s hold. If the BJP wins, it would boost the party’s pan-India march toward the south, especially after extending its influence in the north-east in recent assembly elections. A Congress win would reinforce the party’s claim that the BJP’s brand of politics does not have takers everywhere. The Karnataka assembly election is going to be a burning battle for both the BJP and the Congress. It will test Congress’ ability to challenge the BJP in a direct contest. Most importantly, it will make or break the Congress’ efforts to appropriate leadership of the alternative front against the NDA in 2019.

The BJP officially began its election campaign on 2 November 2017. Prime Minister Narendra Modi along with his party covered the constituencies culminating in Bangalore in 85 day and addressing the people. In early March, the party launched a 14-day Protect Bengaluru March travelling across Bangalore aimed at, according to the party, “reviving” and “rebuilding” the city from Indian National Congress‘ “criminal neglect”.

Some opinion pollsters asked voters the party leader they would prefer as Chief Minister Siddaramaiah (Indian National Congress), B. S. Yeddyurappa (Bharatiya Janata Party). or H. D. Kumaraswamy (Janata Dal (Secular)). Lokniti-CSDS conducted surveys between 10 and 15 January interviewing 878 people. While 34 percent of the sample wanted Siddaramaiah to remain the chief minister for the next term, 19 percent chose Kumaraswamy and 14 percent chose Yeddyurappa. A poll conducted by CHS in the same month found that Kumaraswamy was the first choice, followed by Yeddyurappa and Siddaramaiah in that order.

X-Force’s survey of a sample size of 22,357 voters across 154 assembly constituencies between 1 and 25 March showed that Siddaramaiah, with 45 percent, was the most popular choice for Chief Minister, followed by Yeddyurappa at 26 percent and Kumaraswamy at 13 percent,  while 16 percent preferred ‘others’.

BJP’s election strategy is fine-tuned by the Modi-Shah duo in the last five years which can broadly be delineated into two distinct phases.

Phase-I involves a long-term preparation, which starts one year before the elections are due in a state. This phase primarily involves caste mobilisation of the core BJP base coupled with disruptive measures to make inroads opposition vote base. For instance, in Karnataka, BS Yeddyurappa as the BJP CM face was entrusted to rally Lingayat’s and also impinge on Congress’ core constituency, especially the Dalits. The former Chief Minister, thus, made it a point to dine at Dalit homes as he cross-crossed the state on his rath-yatra last year.

The second phase of BJP’s campaign in the last many elections revolves around Modi’s ‘shock and awe’ tactics, involving a series of rallies, meetings and road shows in the last two weeks in the run-up to polling. These events are generally seen to be high on optics and rhetoric aimed at dazzling the fence-sitters. The Prime Minister using a sea plane during Gujarat campaign is one such instance.

Also Read -   Award Wapsi Gang: Will it be a hurdle for BJP in Gujarat Elections?

BJP’s campaign trajectory is broadly defined by the groundwork of Amit Shah and capped by the PM’s rallies. By sticking to this form of build-up, culminating in a crescendo of sorts, the BJP thus far has reaped rich electoral dividends in a vast majority of the states.

Will Congress’s strategy of visiting temples help it in Karnataka elections 2018?

In the build-up to the Karnataka elections, Siddaramaiah has played happily along with the BJP’s attempt to make it a CM vs PM contest. He’s quite consciously weaved a sub-nationalist undertone to his poll narrative.Congress’, CM, Siddaramaiah has been dubbed an ‘Election Hindu’ by the BJP for his numerous temple visits during this poll season, but insiders say he has no option but to accompany Congress president Rahul Gandhi, much against his wishes.  While Siddaramaiah describes himself a Hindu who believes in humanism, the media has at different times called him an atheist, agnostic or rationalist. Which cap fits him best is still not clear.The CM has attempted to disrupt the BJP’s core consolidation by giving a go-ahead to a recommendation on recognition of Lingayats as a separate religious group.

For the Karnataka elections, Congress has not followed the “one-family, one-ticket formula”. The party has granted tickets to the chief minister’s son, the Home minister’s daughter and the Law minister’s son. The party had followed this rule in Punjab also where it won with a thumping majority last year. Here you can read in detail on What Is The Strategy Of Congress For Karnataka Polls?

However, in this election, both parties have been marred with some controversy or the other. The Election Commission of India ran into a major embarrassment on 27 March 2018, when BJP IT cell head Amit Malviya tweeted the election dates before they were officially released. Karnataka Congress’ social media in-charge, Srivasta, also tweeted the dates at the same time. However, both of them got the counting day incorrect in their tweets. Both the tweets were deleted after an outrage on Twitter. Om Prakash Rawat, the Chief Election Commissioner of India, formed a committee to investigate into the alleged leak. The terms of reference of the formed committee included probing certain media outlets and Congress’ social media head Srivasta, but not BJP’s Amit Malviya. This prompted allegations of the Election Commission of India being biased for the BJP by the Congress. On 14 April 2018, the committee said that the media reports were mere speculation and not a leak.

The flack further increased when the number of controversial aspirants with the party clearing the names of K Raghupathy Bhat for Udupi and the eldest of the Ballari Reddy brothers Karunakara Reddy from Harapanahalli. Having gotten his youngest brother’s candidature from Bellary city, G Somashekar Reddy cleared, it appears that tainted mining baron G Janardhana Reddy and his influential confidante Sriramulu have assisted in getting G Karunakara Reddy candidature cleared from Harapanahalli.

Overall, the Reddy brothers and Sriramulu have managed to secure six seats for their family and friends. But the Congress itself has fielded two former aides of the Reddy brothers in Ballari district, both of whom face similar charges of corruption and illegal mining as the Reddys. Anand Singh, the Congress candidate from Vijayanagara seat was in jail with Janardhan Reddy, considered to be the kingpin of the mining scam. Separately, he faces nine charges, ranging from rioting to disturbing the peace. In the nearby Kudligi seat, the Congress has given a ticket to B.Nagendra, another former Reddy associate also charged for illegal mining. However, on the other hand, BJP has claimed that the party has nothing to do with mining baron Janardhan Reddy as a campaigner. But, according to sources, Janardhan Reddy is campaigning for BJP in Molkalmooru along with his close friend Sriramulu.

Coming to Congress, The Congress’ list of candidates for the upcoming Karnataka Assembly elections had little surprises, yet followers of some disgruntled ticket aspirants have begun protests across the state. The list saw 84 percent of the sitting MLAs getting tickets again, and three children of serving ministers making their political debut. Only 6.8 percent of the total seats were given to women candidates. Besides, a total of 42 Lingayats candidates and 39 Vokkaliga candidates, members of the prominent communities in Karnataka, have been fielded by the Congress.

A decision on the six seats is still pending. This includes Shantinagar whose MLA, NA Haris’ son is currently in judicial custody in the assault case of a 25 year old in a pub. Surprisingly, this included many ministers who were dropped from the cabinet in 2016, because of their non-performance, and it was not only non-competence that was overlooked. HY Meti, who was embroiled in an alleged sex tape controversy, and KJ George, minister for Bengaluru development, who was booked by the CBI for alleged abetment of a police officer’s suicide, have been given tickets. Most of them are accused in some criminal case or the other. This led to a full-blown revolt has broken out in the Karnataka Congress over the party’s list of candidates for the upcoming Karnataka Assembly elections 2018. Soon after the declaration of the Congress party’s list of 218 candidates, a number of Congress leaders threatened to resign from the party and targetted state Chief Minister Siddaramaiah.

Not only this, Congress workers staged also protests in the public at many places. The voices of dissent from within the Congress came from several constituencies including Hangal, Mayakonda, Jagalur, Tiptur, Kunigal, Kolar, Kollegal, Belur, Badami, Kittur. The Congress workers also staged protests against their own party at several places in the state as a  number of party leaders are disgruntled over denial of party ticket.

There have been twitter wars between both the parties for several reasons. For the two national parties, it’s not just rallies and road shows but increasingly about tweet wars, Facebook likes and WhatsApp forwards. Earlier this year Divya Spandana, Congress’s social media head tweeted attacking PM Modi, calling him “high on POT” after Modi said in his rallies that farmers are on his TOP priority, top meaning Tomato, Onion, Potato. The BJP hit back at Ramya for her choice of words with party spokesperson GVL Narasimha Rao tweeting,

“Most people of the country and our party members won’t even know what you are referring to (including the prime minister himself) but your leader will connect with it instantly.”

Congress chief minister Siddaramaiah and the BJP’s chief ministerial face BS Yeddyurappa have frequently exchanged barbs on Twitter, with both putting up posts in Kannada as well to expand their reach on social media. At the Congress social media war room housed in a posh locality in Bengaluru, the buzz is that ground support for Mr. Siddaramaiah is unmatchable and his witty tweets are getting a lot of traction online. They have been trading charges on Twitter over the increasing incidence of violence against women, rising criminal activity and deterioration in law and order in Karnataka. While it is easy for Siddaramaiah to deflect the concerns over women’s safety in the State by pointing out the Kathua and Unnao rape cases and the BJP netas’ shameful attempts to shied the guilty, he hardly has a clean slate and is on weak ground when it comes to rising criminality in the State.

The Chief Minister has 1.4 million followers on Twitter, nearly half of what his rival and former chief minister Mr Yeddyurappa has. On Facebook, Mr. Siddaramaiah has 1.73 lakh people following him, that’s about one-tenth of the 17.4 lakh followers that Mr. Yeddyurappa has.

Which Party will win Karnataka Elections 2018 –

Opinion polls suggest that Congress will emerge as the single largest party in the 2018 assembly election in Karnataka. Opinion polls also suggest that though BJP’s vote share is likely to increase, it will not be enough to bring the saffron party back to power after the 2013 fiasco. Corruption charges against BS Yeddyurappa in 2013 led to a split in BJP. The split cost BJP the 2013 assembly election. Karnataka assembly election will be held on May 12, while the result will be out on May 15. As the date of polls inches nearer, political battles are intensifying. Let’s see who wins this first semi-final for 2019? Whether Congress will retain its position or will the BJP will win and have another feather to its cap or there can be a hung assembly? 15th May is the Day of Judgement.

Also, participate in Karnataka Opinion Poll 2018 and lets us know Who Will Win Karnataka Elections 2018?