What is the Strategy of Congress for Karnataka Polls? 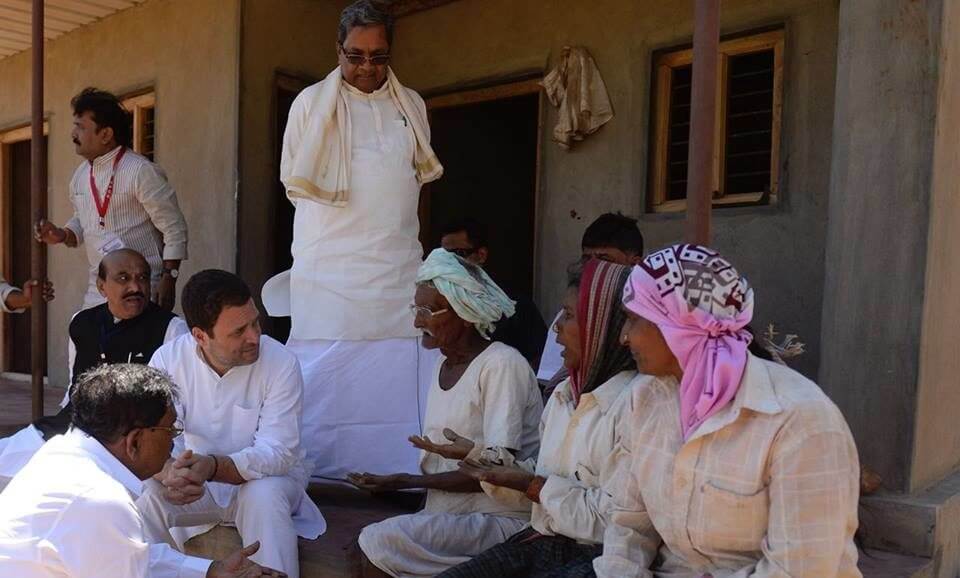 The last standing bastion of Congress in the south, Karnataka goes to poll soon and they are all set to defend it. For Congress and their new President Rahul Gandhi, this election also brings a unique challenge. They have the task of retaining their only state in the south. Up till now, Congress seemed to be on an attack under Rahul Gandhi but this could change for Karnataka elections. Congress on its part will try and strategies around positive aspects of Siddaramaiah Government. Ground realities though will defer. For large talks about development being the issue for votes, in India factors like Caste and religion do affect the voting on a large level. So let’s see what could be the strategy for Congress for Karnataka polls.

A local face In Karnataka Polls –

In recent elections, Congress has noticed that it has considerably done well when they projected a CM candidate. Be it Punjab with Capt. Amrinder Singh or in Pondicherry with V.Narayanasamy Congress benefited in elections because of them. They have won the elections with both these leaders as their main face and not projecting Rahul Gandhi.

Read more: How Is The Performance Of Congress Government In Karnataka Under Siddarmaiyah

In Karnataka also they are going to rely on this tried and tested policy. In CM Siddaramaiah they have got a leader they can bank on. Not only does CM Siddaramaiah is a mass leader but also has much support in the party. He also enjoys the support of top party leaders, especially Rahul Gandhi.

In CM Siddaramaiah, Congress has found someone who can also take on B.S. Yeddyurappa of BJP. With CM Siddaramaiah image of a clean Chief Minister without any scandal, he has enjoys an upper hand on his opponent. He has already shown this card with a repeated attack on BJP for projecting a tainted leader.

Congress government led by Chief Minister Siddaramaiah will come out and tell voters amount of work they have done. They have already started campaigning on the lines of development with CM Siddaramaiah speaking about their successful schemes in rallies. In the same breath, he is also criticizing the PM Modi. Unlike other Congress state leaders CM Siddaramaiah is taking PM Modi head on various issue. Whether it was about the allocation of state funds or PNB Scam.

The reason for this confidence is the belief of CM Siddaramaiah that he can take BJP on the issue of development. His schemes like Indira Canteen, Anna Bhagya, and Ksheera Bhagya have been successful in the state. The confidence that he can boast about these schemes alongside good growth figure has prompted this response.

What is the caste equation in Karnataka Polls?

While sitting in our homes we might like to believe that elections are fought on agendas like development or nationalism. On the ground, it is not the case. Political parties still rely on caste equations. They field candidates with an eye on caste equation and form their strategies accordingly.

For Congress, the good result in Gujarat was in large part dependent on this equation. They were quite successful in attracting Patel and OBC votes. There they had Hardik Pate and Jignesh Mevani.  Although people will say that the latter never joined Congress but he certainly reduced the votes of BJP. This indirectly helped Congress in winning seats.

Congress is going to try this again in Karnataka. This time they have CM Siddaramaiah, who himself comes from a backward community.  In Karnataka, they also have an advantage that BJP does not have any strong OBC leader.  Congress is going to try and woo AHINDA. The acronym stands form “Alpasankhyaatakaru, hinduLidavaru, dalitaru” meaning Minorities, backward class and Dalits. Congress had relied on this equation in previous elections too and will do this time around too.

CM Siddaramaiah had ordered a caste census in 2015. Though its results are yet to be tabled, it is speculated in Karnataka that in the census Dalits and OBC  are set to become the largest community. This also plays right into hands of Congress. So it is believed that Congress are forming their strategy accordingly but are wary of PM Modi as well.

In previous elections, PM Modi has wooed the OBC voters to BJP side. Congress is not taking any chances this time and has formed another plan. CM Siddaramaiah just before elections has sparked the issue of Lingayats being given the status of religion. The issue is a sensitive one among the community. BJP’s leader B.S. Yeddyurappa found himself doing quite a deliberation after this announcement of CM Siddaramaiah. This shows that Congress is also planning to lay a siege on Lingayats votes alongside their traditional AHINDA vote bank. 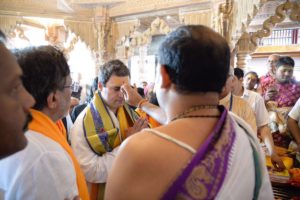 Congress has taken another page out of their Gujarat strategy and that is Soft Hindu politics. They have realized that BJP can transcend caste voting pattern in many areas, especially urban areas. Rahul Gandhi thus has decided to follow a strategy of soft Hindu politics. He did it in Gujarat elections with his string of visits to temples. He alongside top party leaders refrained themselves from making any appeasement statements. They were quite careful to not give any issue to BJP to polarize the elections around Hindutva.

Congress is going to follow the same strategy in Karnataka as well. All leaders have been told to not make any controversial statements regarding religion. Even CM Siddaramaiah was told take precaution after he made the statement regarding RSS harboring terrorist under its wing.

While analyzing what went wrong in Gujarat, Congress noticed that their booth based cadre is weak. With a strong cadre base in Karnataka, Congress has decided to mobilize them. They have decided to form booth level committees and start the campaign from booth level rather than top to down. In an Interview given by KC Venugopal, General Secretary in-charge Karnataka to a newspaper, he said “From last six months we have been working in a ‘Mission Mode’ at each constituency level in Karnataka. We have formed 98% of booth level Committees in Karnataka. There are total 54,200 booth committees out of which we have formed 53,000 committees. There are 15 members each in each committee. We have roped in around 7 lakh 95 thousand people in Karnataka “

The Congress though soon faced a lot of problems. As Congress has always been a mass-based party with strong leaders who have loyal supporters. The cadre seems big in number but is not mobilized only on party’s name but more on leaders. They have realized this and eased the initiative a bit.

What are the Challenges for Rahul Gandhi in Karnataka Polls?

Rahul Gandhi now has lost all state elections which have happened to him. In the process, Congress has now given up a state to BJP and its allies and have not gained any states. The setback of not forming a government in Meghalaya and losing badly in Tripura are also fresh.

The only hope that is there is from good performance in Gujarat and by-polls. For party these could be a good result but as Party President Rahul Gandhi have larger responsibilities.

For him, the Karnataka elections are going to be a test that could elevate him in his political career. As party president, he can prove himself. The retention of Karnataka will also mean that his strategies are working well. It will also make him a serious contender for 2019 elections.

The stakes though are high for him as well. A loss in Karnataka will mean no Congress in south India. It will also mean a step closer to Congress Mukt Bharat for BJP.