How is the performance of congress government in karnataka under Siddarmaiyah 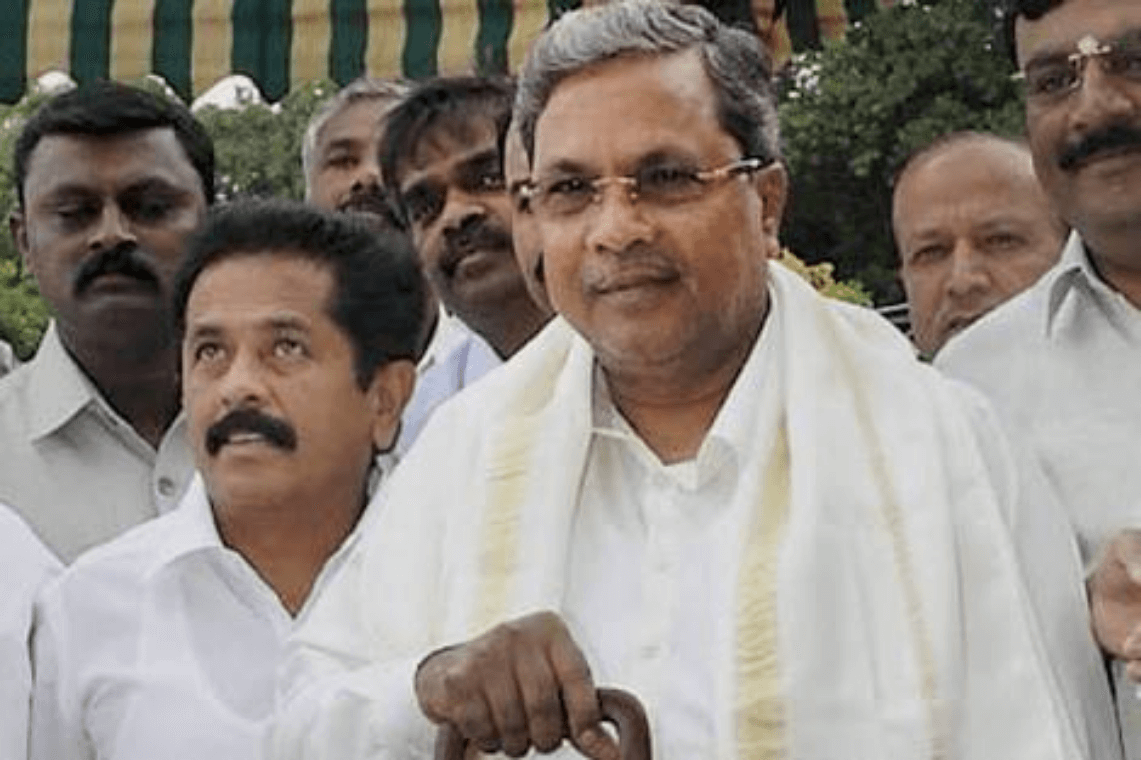 Before the big season of 2019 elections plays out, we have the matter of semi-finals to be played in 2018. In this semi-final, we have the key state of Karnataka going for elections in April- May. It is yet to be decided by the election commission. Political party though does not hold their cards for that long. Both the incumbent Congress and Bhartiya Janta Party have started their respective campaigns in the state. For Congress, their star campaigner from the state will be CM Siddaramaiah. As the present Chief Minister, he would campaign on his achievements and ask for votes on the basis of his work. So let’s look at how Siddaramaiah government performed?

Had Siddaramaiah’s Indira Canteens a success?

One of the most popular schemes of CM Siddaramaiah government has undoubtedly been the opening of Indira Canteens. Though the opposition may say that it is copied from other states, it is still a great scheme. The scheme offers a full meal for as low as 5rs for breakfast. The scheme gathered popularity very quickly among the poor, daily and migrant workers. Though the scheme is a copy of Amma Canteens in Tamil Nadu, it takes courage and will to implement it. We don’t see such canteens in other states.

The project is also seen as the pet project of CM Siddaramaiah himself as he worked for it personally. At the moment there are almost 151 canteens across the Bangalore city. Congress claims that they have solved the problem of hunger among at least the urban poor of the city. The scheme is very popular among the poor and is going strong even after almost a year of its starting.

What does Economic growth say about the performance of Congress Government in Karnataka? 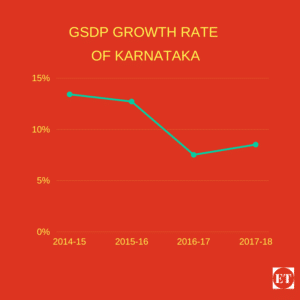 Karnataka has always been one of the best performing states in terms of economic data. It owes this to its big IT industry in Bangalore and the industrial area nearby supported by it.

The Siddaramaiah to their credit has maintained it and even grew it larger. In the economic survey tabled by CM Siddaramaiah in assembly before the Budget, the Gross State Domestic Production is set to grow at 8.5% in 2017-18. GSDP is considered as one of the key factors to determine the growth of a state.

To the credit to Congress government, the GSDP has increased to 8.5% from 7.5% in 2016-17. The increase is also significant because at the same time India’s GDP has gone down. It retreated to 6.5% from 7.1%. This means that as the country battled a hard year Karnataka grew in terms of GSDP.

A large portion of this growth is also because of the contribution of the service sector. The service sector alone contributes to almost 66% to GSDP, a growth in itself of 1%. The Service sector in the state is estimated to grow by 10.4%. This marks increase of almost 2% from 8.9%, it achieved the previous year. The growth in GSDP is also supported by the Industry sector. It is estimated that Industry sector will grow at 4.9% in 2017-18, in comparison to 3.7% in 2016-17.

On the economic front, Siddaramaiah government can stake the claim that their New economic policy introduced in 2014 has worked. The increase in growth rate of industry sector despite countrywide sluggishness is the proof of it.

What does the increased rate of farmer suicides suggest about the performance of Congress Government in Karnataka? 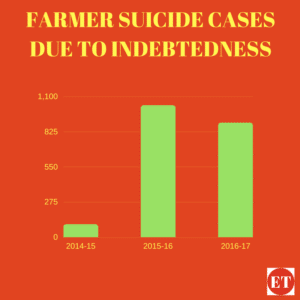 In the economic data, the contraction of crop sowing land amounted to 1 lakh hectares. In 2016-17, sowing of Tur and paddy was done on 3 lakh hectares but it is now only 2 lakh hectares. The drastic decline in the sowing is attributed to drought and indebtedness among the farmers in the state.

The number of farmer suicide because of failed crops and indebtedness has seen a sharp ascend. In 2014-15, 101 suicides were reported because of the problem. In last two years, it has gone to 1031 in 2016-17 and 895 up to November of this fiscal year respectively. This amounts to 2000 farmer suicide in last three years in the state. The Siddaramaiah government says that their scheme “Runamukta Bhagya” is an achievement but the number of suicide farmers indicates something different.

The rise in farmer suicide is because of drought and their nonability to pay their loans. The government though on its part gives compensation afterward or announces loan waiver. The “Runamukta Bhagya” scheme is a loan waiver scheme but they have failed to address the issue of irrigation. Karnataka still remains largely dependent on rainwater and not on irrigation. Only 31% of all the land under agriculture has irrigated the land. This means only 1/3 of land is under cultivation and is not fully dependent on rainwater.  The government on its part has done nothing substantial to change this scenario and might pay for it in the election.

How Congress Government performed in Law and Order situations in Karnataka?

The law and order situation of the state has not been so smooth too. The state witnessed mass riots and violent protests in Kaveri river dispute. The violent protest against the release of Kaveri water resulted in the death of 2 people. The water was released after the Supreme Court ordered to do so.

The government had even cited the law and order as a problem for not releasing the water before the Supreme Court. The court though slammed the government for not following its order and directed to do so and maintain Law and Order as well. The protests still turned violent after this 2016 verdict, as state government failed to control it.

Another high-profile case in the state was the murder of Gauri Lankesh. The independent reporter was killed outside her home in 2017 by unidentified assassins. The Congress jumped and blamed it upon RSS and its parivar. They even said that it is in connection with murders of MM Kulburgi and Govind Panesar. Even CM Siddaramaiah gave statement blaming the Sangh Parivar for the murder and hurting the secular fabric of the nation and free speech in the country.

The Police though have not been able to catch any of culprits in last 5 months. The SIT which was formed has only been able to come up with sketches of 2 suspects. The government too now has not given it any attention. The state government too need to answer, why there has been no new development from, past 3 three months.

Also Read -   Will Lingayat as a new religion lead Congress to a victory in Karnataka?

The city of Banglore in recent years has been the pride of Karnataka. The city of gardens acts as both the administrative and financial capital of the state. The downside is it has been in the news in recent times for wrong reasons. The city has been in continues coverage for its polluted lakes and previous year for its killer potholes.

The state government has been completely failed in dealing with the issue of polluted lakes. They even got scolded by National Green Tribunal (NGT) for the same. The result though has been not satisfactory. The capital city of the state struggling because of polluted lakes is a headline to worry about for the government.

Is stability for five years the biggest achievement of Congress government in Karnataka?

When CM Siddaramaiah completes his 5-year tenure, he will join a club that very few is privy to. He will join the club of Karnataka Chief Ministers who have completed their full terms. For the best part of 40 years, Karnataka never saw a Chief Minister completing the term. He joins D. Devaraj Urs, who is the only other Chief Minister to stay in power for whole 5 years(1972-77).

The Congress government has surely given Karnataka a stable government with a CM completing his tenure of five years. After the election, we could also have a situation of Siddaramaiah continuing if Congress wins.