What is The Kashmir issue and how it started? 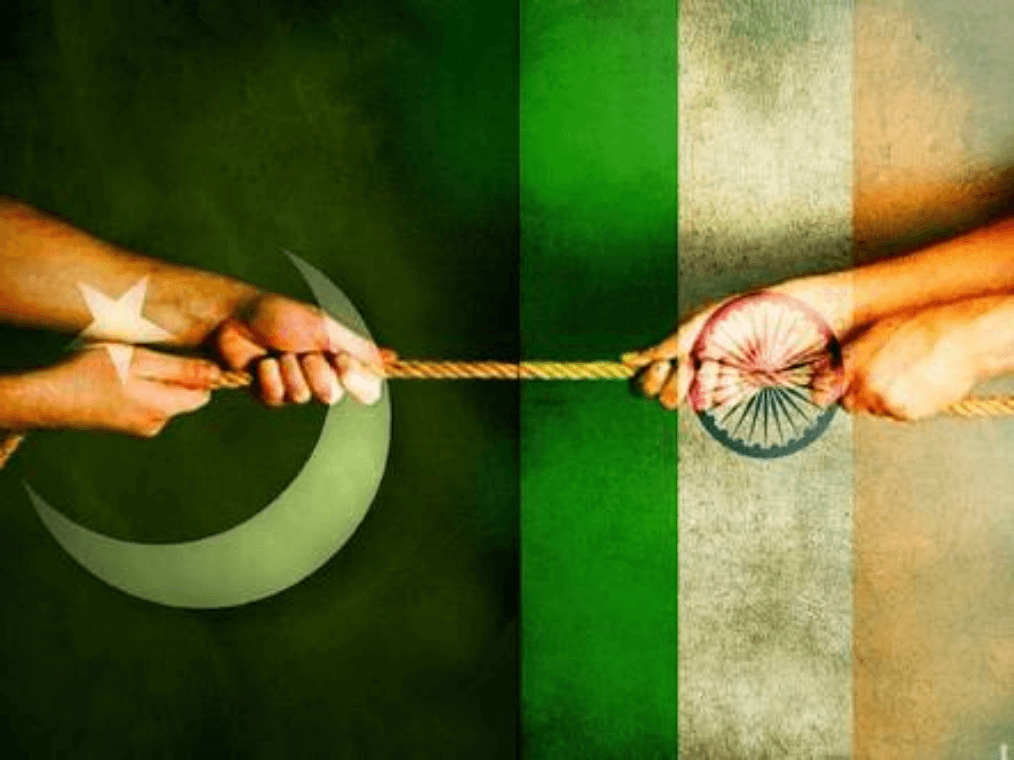 Someone has once said that if you ever want to go to heaven, just visit Kashmir, It is known as “The Paradise of the Earth”. The beauty of this place can easily enchant the mind of any individual. The snowy mountains, lush green grasses, forest etc. together creates a memorable moment in the life of a person. And that is the reason why thousands of tourists are attracted towards this destination every year.

Kashmir is known as one the most beautiful places in India where time stands still. Let’s try to understand what is Kashmir issue and how it all started.

Water, in all or any forms, is one of Kashmir’s charms like rivers, lakes, springs, make music all over the valley. The alluring and majestic sweeps of forested mountains are tempered with miles of flowering meadows. Where beauty knows no bounds, where heart knows no worries, Kashmir, the name says it all. The land where every step makes you feel closer to heaven. The smell of pure air enticing the spirit gives you a panacian effect. The snow filled mountains, the splendid Dal lake, the apple orchids, the sweet smell of saffron, the hospitality of the civilians, every experience is a moment to cherish.

The Kashmir issue: Various dimensions of How it all started?

Although Kashmir is famous for its scenic beauty and delicious spices along with beautiful garments, its political scenario is not what heaven is. The violence in J&K has caused a lot of disappointment and loss of life amongst the people. “The Kashmir issue” is also one of the reasons which have caused the disruptive relationship between India and Pakistan. Jammu and Kashmir are made up of three regions:

Jammu: It is comprised of foothills and Himalayas consisting of Hindus, Muslims, and Sikhs.

Ladakh: It is a mountainous region consisting of the Very little population equally divided into Buddhists and Muslims.

The Kashmir issue is not only because of Pakistan rather it has a lot of internal and external dimensions. Before 1947 J&K was a princely state, ruled by a Hindu king named Hari Singh. After independence, he wanted an independent status for his state while Pakistan’s government felt that Kashmir belonged to them since most of the population was Muslims. But Kashmiri people believed in Kashmiriyat above all.

Read more: What Is India’s Role In Syrian Civil War?

In October 1947 Pakistan sent tribal infiltrators to Kashmir to capture the same. This forced the Maharaja to ask for military help from the Indian Government. The Indian Government drove the infiltrators away only after the Maharaja signed the “Instrument of Accession” with them. The Indian government also promised a plebiscite would be given to the people of Kashmir after the normalization of the situation. Moreover, Article 370 was invoked and Jammu & Kashmir was made an autonomous state in India. Sheikh Abdullah became the Prime Minister of Jammu & Kashmir on March 1948.

Article 370: How did the Kashmir issue affect the state?

Since then the politics of Jammu and Kashmir has been tumulus and controversial. Externally, Pakistan has always claimed a part of Kashmir as its own calling it “Azad Kashmir” whereas India calls it “illegal occupation”. Internally, there always has been a dispute regarding Kashmir’s status within the Indian Union.

Article 370 gives greater autonomy to Jammu and Kashmir compared to the other States of India. The State has its own Constitution. All provisions of the Indian Constitution are not applicable to the State. Laws passed by the Parliament apply to J&K only if the State agrees. This special status has provoked two opposite reactions. There is a section of people outside of J&K that believes that the special status of the State conferred by Article 370 does not allow full integration of the State with India. This section feels that Article 370 should, therefore, be revoked and J&K should be like any other State in India.

Another section, mostly Kashmiris, believe that the autonomy conferred by Article 370 is not enough. A section of Kashmiris has expressed at least three major grievances.

First, the promise that Accession would be referred to the people of the State after the situation created by tribal invasion would normalize, has not been fulfilled. This has generated the demand for a ‘Plebiscite’.

Secondly, there is a feeling that the special federal status guaranteed by Article 370, has been eroded in practice. This has led to the demand for restoration of autonomy or ‘Greater State Autonomy’.

Thirdly, it is felt that democracy which is practiced in the rest of India has not been similarly institutionalized in the State of Jammu and Kashmir.

The Kashmir issue: Conflicts between Centre and State over power

After taking over as the Prime Minister, Sheikh Abdullah initiated major land reforms and other policies which benefited ordinary people. But there was a growing difference between him and the central government about his position on Kashmir’s status. He was dismissed in 1953 and kept in detention for a number of years. The leadership that succeeded him did not enjoy as much popular support and was able to rule the State mainly due to the support of the Centre.

There were serious allegations of malpractices and rigging in various elections. During most of the period between 1953 and 1974, the Congress party exercised a lot of influence on the politics of the State. A truncated National Conference (minus Sheikh Abdullah) remained in power with the active support of Congress for some time but later it merged with the Congress. Thus the Congress gained direct control over the government in the State. In the meanwhile, there were several attempts to reach an agreement between Sheikh Abdullah and the Government of India.

The confidence that Kashmiris had developed in the democratic processes after the accord between Indira Gandhi and Sheikh Abdullah, received a setback. The feeling that the Centre was intervening in politics of the State was further strengthened when the National Conference in 1986 agreed to have an electoral alliance with the Congress, the ruling party in the Centre.

It was in this environment that the 1987 Assembly election took place. The official results showed a massive victory for the National Conference-Congress alliance and Farooq Abdullah returned as Chief Minister. But it was widely believed that the results did not reflect popular choice and that the entire election process was rigged.

A popular resentment had already been brewing in the State against the inefficient administration since the early 1980s. This was now augmented by the commonly prevailing feeling that democratic processes were being undermined at the behest of the Centre. This generated a political crisis in Kashmir which became severe with the rise of the insurgency. By 1989, the State had come in the grip of a militant movement mobilised around the cause of a separate Kashmiri nation. The insurgents got moral, material and military support from Pakistan.

Are political instability and military suppression of Indian government, factors of growing intolerance in the Kashmir issue?

For a number of years, the State was under President’s rule and effectively under the control of the armed forces. Throughout the period from 1990, Jammu and Kashmir experienced violence at the hands of the insurgents and through army action. Assembly elections in the State were held only in 1996 in which the National Conference led by Farooq Abdullah came to power with a demand for regional autonomy for Jammu and Kashmir. J&K experienced a very fair election in 2002. The National Conference failed to win a majority and was replaced by People’s Democratic Party (PDP) and Congress coalition government.

Separatist politics which surfaced in Kashmir from 1989 has taken different forms and is made up of various strands. There is one strand of separatists who want a separate Kashmiri nation, independent of India and Pakistan. Then there are groups that want Kashmir to merge with Pakistan. Besides these, there is a third strand which wants greater autonomy for the people of the state within the Indian union.

Read more: What Is The Role Of Nehru In India’s Struggle For Independence?

The idea of autonomy attracts the people of Jammu and Ladakh regions in a different way. They often complain of neglect and backwardness. Therefore, the demand for intra-State autonomy is as strong as the demand for the State autonomy. The initial period of popular support to militancy has now given way to the urge for peace. The Centre has started negotiations with various separatist groups. Instead of demanding a separate nation, most of the separatists in dialogue are trying to re-negotiate a relationship of the State with India.

For past 70 years India has been using military might to contain Kashmir at the cost of gross human rights violation, fake encounters, enforced, disappearances unmarked mass graves well-documented gang rape,  torture, killing unarmed protestors, collateral damages of houses, looting resources etc. In this fight for peace and human rights, Kashmiris rake up a revolution whenever they get chance to overthrow military suppression. For example, the revolt of 2008, 2010 and 2016. According to official records in 2016 revolt alone,  52 civilians were reported dead, 90 blinded and 3300 wounded.

Thus we can conclude that Kashmir is a nuclear flashpoint in India which can explode anytime if left unresolved.