What is the outcry over the SC/ST Act all about? 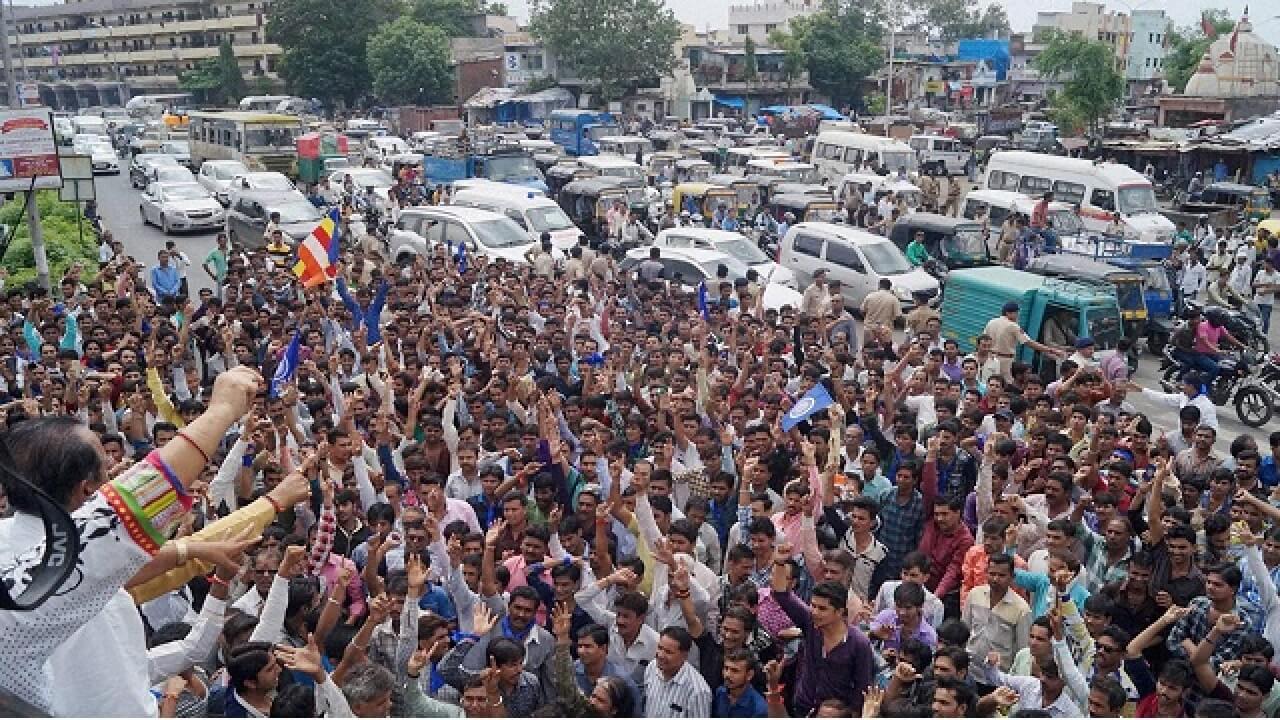 “You cannot build anything on the foundation of caste. You cannot build up a nation.You cannot build up morality” – Dr .B.R.Ambedkar. The violent Dalits protest against the Supreme Court ruling introducing safeguards against misuse of Scheduled Castes and Scheduled Tribes Prevention of Atrocities Act,1989, has claimed nine lives and dozens have been injured till now. The Dalit organizations are furious by the Supreme Court’s decision and both the Centre and the State were caught off guard by the massive amount of protest which this new judgement has faced.There was a day-long nationwide shutdown on 2nd April.What was the previous SC/ST Act and what are the new safeguards introduced in it?

Read more: How Is India Changing Under Modi Government?

What is the Scheduled Castes and Tribes (Prevention of Atrocities) Act, 1989?

This act is popularly known as POA act, the SC/ST Act, the Prevention of Atrocities Act or simply the Atrocities Act. It is an Act of the Parliament of India, which was implemented to prevent the injustices meted out to SCs and STs. It was enacted on 11th of September,1989. The statement of object and reasons were appended to the Bill while moving the same in the Parliament reads-

“despite various measures to improve the socioeconomic conditions of SCs & STs, they remain vulnerable. They are denied a number of civil rights; they are subjected to various offences, indignities, humiliations and harassment. They have, in several brutal incidents, been deprived of their life and property. Serious atrocities are committed against them for various historical, social and economic reasons.”

The preamble of the SC/ST states that the Act is-

1. It punishes crimes against people of Scheduled Castes and Scheduled Tribes.

2. It gives special protection and rights to victims.

3. It sets up courts for fast completion of cases.

What sorts of crimes are punished?

1. Some crimes under the Indian Penal Code are given increased punishments under this law.

2.- Cruel and degrading crimes that occur very often against SC/ST communities, such as forcing them to eat cow dung, boycotting them socially etc. More than 20 such acts are punished under this law.

Do you have to have a caste-based intention to be punished under SC/ST Act?

The necessity of Scheduled Castes and Tribes (SC/ST) Act –

Caste has been a permanent speed breaker in the progress of our country.The Dalits have been considered as ritually impure’ since Vedic times, and have been excluded and socially boycotted from society. They are denied basic resources and services and discriminated in all areas of life.They face a lot of hardships and exploitation, insults and violence and degrading practices like ‘untouchability’. Women belonging to these Castes and Tribes are doubly exploited because of their caste as well as gender.Therefore, this act was introduced to prevent people from committing offenses against the SCs and STs and also to safeguard their interests and basic rights.

Dilution of the SC/ST Act: What is the Supreme Court’s ruling?

On 20th of March, 2018, the Supreme Court of India ruled that strong action against public servants, accused of atrocities towards the lower Castes, can only be taken with written permission from their appointing authority.For private citizens accused of a similar crime, an arrest can be made only after the senior superintendent of police concerned allows it.The court also said that there was no complete bar against granting anticipatory bail if there is no prima facie case or if, upon investigation, the case registered under the Prevention of Atrocities is found to be ‘mala fide’ or motivated in ‘bad faith’. Justice Adarsh Kumar Goel and Justice Uday Umesh said that these safeguards have been issued because this ‘Prevention of Atrocities’ law has often been used to ‘blackmail’ innocent public servants and private individuals, maybe because of some vengeance or any other personally motivated interests. “Innocent citizens are termed accused, which is not intended by the legislature.The legislature never intended to use the Atrocities Act as an instrument to blackmail or wreck personal vengeance”-   SC judgement. “it is necessary to express concern that working of the Atrocities Act should not result in perpetuating casteism which can have an adverse impact on the integration of the society and Constitutional Values,”-  the bench observed.

Review Petition by the Centre –

On the 2nd of April, 2018, while the country was in the midst of widespread violence and chaos, the Centre moved the Supreme Court to seek a recall on its new judgement on the SC/ST (Prevention of Atrocities ) Act.The Centre urged the Apex court to reverse its decision as “dilution of the law will give liberty to the accused to misuse it and terrorise the victims and also prevent investigation,” it said, adding that it would deprive the members of SC/ST community rights guaranteed to them under the Constitution.Law Minister Ravi Shankar Prasad tried to reassure the Dalits that the government has filed a “comprehensible” petition against the new judgement of the Supreme Court.”We do not agree with the Supreme Court’s order.Senior lawyers will argue (the case) with all authority” said the minister, although the government came under severe criticism for the delay in filling the Review Petition.

On 4th April 2018, the Supreme Court said that it’s March 20th judgement which stopped the immediate arrest of a person accused of causing injustice or insults to a SC/ST member,was to protect Innocents from arbitrary arrests and was not an affront or offense to Dalit Rights. “An innocent should not be punished.There should not be a terror in society…We do not want any member of the SC/ST to be deprived of his rights.We only want an innocent not to be punished,’ Justice Goel observed.He said that the judgement actually fortified the Scheduled Castes and Scheduled Tribes(Prevention of Atrocities )Act,1989.“Our judgement implements what is said in the Constitution.We are conscious of the rights of the underprivileged and place them at the highest pedestal…but at the same time, an innocent person cannot be falsely implicated and arrested without the proper verification We have not stopped the implementation of the Act.Does the Act mandate the arrest of innocent persons? Our judgement is not against the Act,” Justice Goel addressed Attorney -General K.K.Venugopal, for the Centre.He called the judgement a ‘balance’ between Dalit Rights and the right of an innocent against arrest in a false case.

Are the number of crimes against Scheduled Castes increasing?

In contrast to the allegation of ‘abuse of law‘ by the Supreme Court, the official data hints that instead of misuse of the Prevention Of Atrocities Act, there are more incidents of its weak implementation. The conviction rate is dangerously low and there is a steady increase in the number of crimes against the SCs and STs.  National Crime Records Bureau (NCRB )data reveals that the number of crimes against Scheduled Castes has gone up by 5.5 percent in 2016.The figure rose to 40,801 in 2016 from 38,670 in 2015.The data also shows that under the SC/ST (POA) Act, 1989, while the charge-sheeting rate is 77 percent, the conviction rate was only 15.4 percent.The no.of cases that were found to be “true but (with) insufficient evidence ” were 2,150. 5,347 cases were recorded to be “false” and 869 cases were said to be “mistake of fact”.

Dikip Mandal (Renewed former journalist and one of the most formidable Dalit voices) said- “These figures mean that the law is not implemented properly and the investigation agencies do not do their work properly.The Supreme Court could direct the government to arrange the correct implementation of this law.But instead, the court decided to weaken the law itself.”