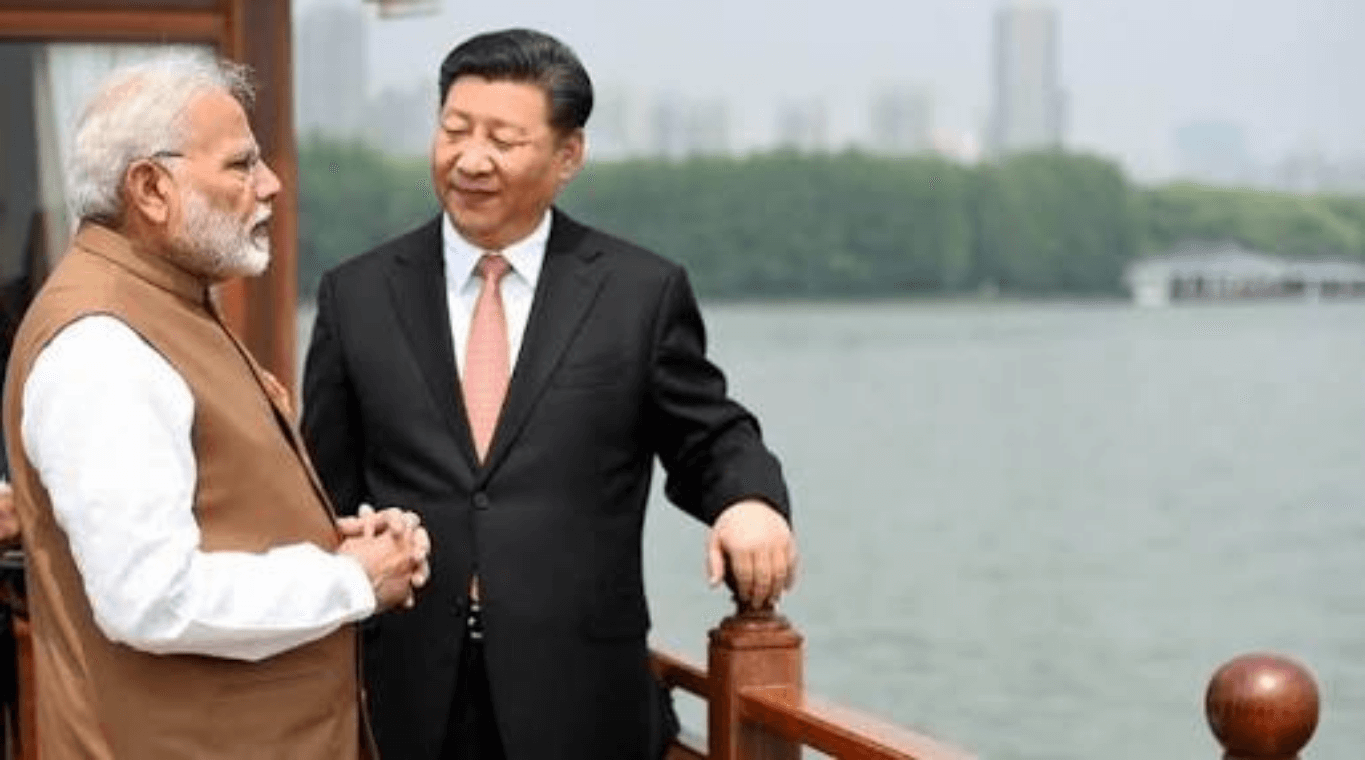 Prime Minister of India, Mr. Narendra Modi and President of People’s Republic of China, Mr. Xi Jinping held their first Informal Summit in Wuhan on April 27-28, 2018, to exchange views on overarching issues of bilateral and global importance, and to elaborate their respective visions and priorities for national development in the context of the current and future international situation. Both the leaders believe that the simultaneous emergence of India and China, two large economies and major powers with strategic and decisional autonomy, has both regional as well as global significance.

They shared the view that peaceful, stable and balanced relations between India and China will be a positive factor for stability amidst current global uncertainties and would also stabilize their relationship. They also agreed that proper management of the bilateral relationship will be necessary for the development and prosperity of the region, and will create the conditions for the Asian Century. They also decided to strengthen the Closer Development Partnership in a mutually beneficial and sustainable manner, in pursuit of national modernization and greater prosperity for their citizens.

Will the informal talks in Wuhan Summit lead to peaceful bilateral relations?

The leaders reviewed developments in India-China relations from the strategic and long-term perspective and agreed to significantly enhance efforts to build on the convergences through established mechanisms in order to create a friendly and democratic platform for the future relationship of the two nations. They also agreed that both sides have the maturity and wisdom to handle the differences through peaceful discussion within the context of the overall relationship, bearing in mind the importance of respecting each other’s sensitivities, concerns and aspirations. The two leaders expressed their support for the work of the Special Representatives on the India China Boundary Question and urged them to intensify their efforts to seek a fair, reasonable and mutually acceptable settlement.

The two leaders underscored the importance of maintaining peace and tranquillity in all areas of the India-China border region in the larger interest of the overall development of bilateral relations. They also issued strategic guidance to their respective militaries to strengthen communication in order to build trust and mutual understanding and enhance predictability and effectiveness in the management of border affairs. The two leaders further directed their militaries to earnestly implement various confidence building measures, including the principle of mutual and equal security, and strengthen existing institutional arrangements and information sharing mechanisms to prevent further incidents in border regions. Read out our detailed analysis on Will Wuhan Summit Be A Breakthrough In Indo-China Relations?

The two leaders agreed to push forward bilateral trade and investment in a balanced and sustainable manner by taking advantage of complementarities between their two economies. They also discussed ways to promote greater cultural and people-to-people exchanges and agreed to explore establishing new mechanisms in this direction. Both the leaders underlined that as two major countries India and China have wider and overlapping regional and global interests. They agreed on the need to strengthen strategic communication through greater consultation on all matters of common interest. They believe that such strategic communication will have a positive influence on enhancing mutual understanding and will contribute to regional and global stability. They also agreed that India and China have separately made major contributions to global peace and prosperity through their respective growth and economic development, and would continue to act as epitomes for global growth in the future. They understood the importance of building an open, multi-polar, pluralist and participatory global economic order which will enable all countries to pursue their development and contribute to elimination of poverty and inequality in all regions of the world.They spoke of their respective efforts and duties which would contribute to the regional and global economic development.

The two leaders also shared views on their respective foreign policy visions of achieving global prosperity and security. They agreed to jointly contribute in a positive and constructive way in facilitating sustainable solutions for global challenges including climate change, sustainable development, food security etc. They also understood the importance of reform of multilateral financial and political institutions to make them representative and responsive to the needs of developing countries. The two leaders agreed to join hands to take lead in offering innovative and sustainable solutions to challenges faced by humankind in the 21st century. These include combating diseases, coordinating action for disaster risk reduction and mitigation, addressing climate change and ushering digital empowerment. They agreed to pool together their expertise and resources in these areas and create a global network dedicated to these challenges for the larger benefit of humanity. Both the leaders also recognized the common threat posed by terrorism, and reiterated their strong condemnation of and resolute opposition to terrorism in all its forms and manifestations. They committed themselves to cooperate on counter-terrorism. The two leaders highly assessed the opportunity for direct, free and candid exchange of views offered by the Informal Summit and agreed on the utility of holding more such dialogues in the future. The forward-looking dialogue raised the level of strategic communication about the perspective, priorities and vision that guide their respective policy choices domestically, regionally and globally.

In a major take away from the Modi-Xi informal summit, India and China have agreed to work jointly on an economic project in Afghanistan, a development that can be expected to discomfit Pakistan that has worked strenuously to exclude India from a region it considers as its strategic backyard. Pakistan’s reaction to the development will be keenly watched as Islamabad is in talks with Beijing to extend its economic corridor with China (CPEC) to Afghanistan.

In the midst of these events Congress president Rahul Gandhi interjected with a keen observation about the Prime Minister. “Dear PM, saw the live TV feed of your “No Agenda” China visit. You look tense!” Rahul said in a tweet today.The President of Indian national congress went on to remind the Prime Minister of india to keep certain matters of national interest in mind during his “heart-to-heart” talks with Xi Jinping on this “no agenda” visit. You can read in detail about Modi Government: Here Is How It Has Performed Till Now!

Nevertheless this meeting has helped the countries in forging a common understanding of the future direction of India-China relations built upon mutual respect for each other’s developmental aspirations and prudent management of differences with mutual sensitivity.