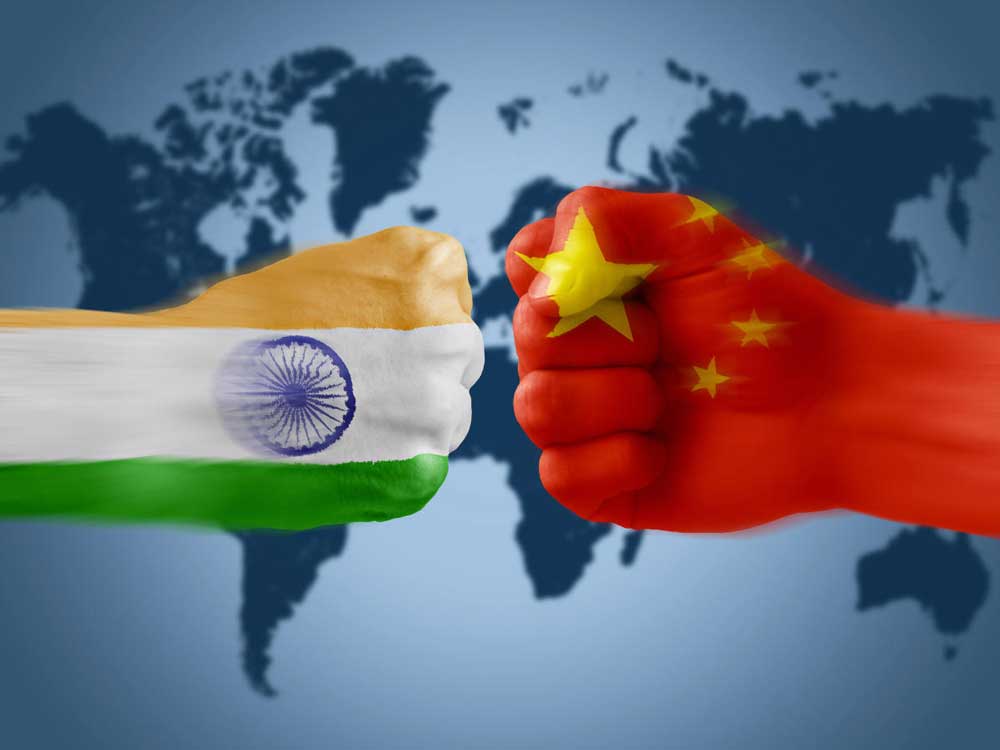 Amidst the border conflict between People’s Republic of China and India, the political tension between the two countries has reached the world stage. Both the countries, wanting to draw a positive attention of the World bodies towards themselves, have resorted to tarnishing the image of the other state in world councils. In an attempt to vilify India, China attempted to draw a connect  between India and the recent terror attacks in Karachi, Pakistan, only to have it’s attempts thwarted, first by Germany, then the US.

In what can be seen as a move of retaliation, Rajiv K Chander, India’s ambassador and permanent representative to the UN, in a press briefing, addressed the plight of Indians in Hong Kong amidst the administrative friction between Beijing and Hong Kong, subtly hinting towards China as an antagonist.

Pakistan foreign minister Shah Mehmood Qureshi and later PM Imran Khan blamed India for the attack. But Germany and the US has objected to the

The statement made by China on Tuesday at UNSC breaking the silence procedure before 4 pm New York time. This has made China furious. Blaming India was said to be unacceptable. This shows Global Displeasure against The China-Pakistan blame.

Nehru has always wanted to maintain good Indo-China relations for peace and resolved it by maintaining balance. Still, the definite hits from China by bashing India’s name has been seen in the 1962 Indochina war hundreds of casualties and in recent times, killing twenty Indian fighters in the Galwan Valley borders. China clearly has not understood the soft language of dealing with India and has instigated a war against India by wanting to include Ladakh and Arunachal along the LAC borders.

Also Read -   How Indian Parliament has declined over the years?

One China, One Nation – A not so good approach for India :

India has supported the One China policy since Nehru’s time but seeing the disturbing relations regardless, it has decided to raise it’s voice against China’s policy. India was among the first nations to use this world ‘One  China ’and stated that Taiwan is an unassailable part of China’s territory. The policy was initiated between December 1949 and April 1950 and was only related to Taiwan in the start. India agreed to maintain peaceful relations with China and have good trade relations. But an Udaipur based NGO USANAS foundation did a “Rethinking India’s ‘One China Policy’: Tragedy of Tibet” session by discussing its objection to the One China policy.

Economic ties with China has suffered a great deal because of the War tensions. On 29th June The Government of India has banned 59 Chinese applications due to security reasons in the recent light. China has shown concern for it. If the One China policy prevails, it would cut Indian ties with other territories as well and hence it could be dangerous for India.

“Even in the current context, are we going to allow them to run away from what they have done in the South China sea? They have thrown away all the international norms. Are we legitimising everything that China has annexed? Are we saying that it is all China’s property that it has already annexed? Why can’t the civilised nations of the world get together to challenge the nation with uncivilised behaviour. India needs to have a new One Tibet policy, a new Taiwan policy, a new Xinjiang policy, and even a New Mongolia policy,” said Varma is the meeting.