What is the future of India-US relations? 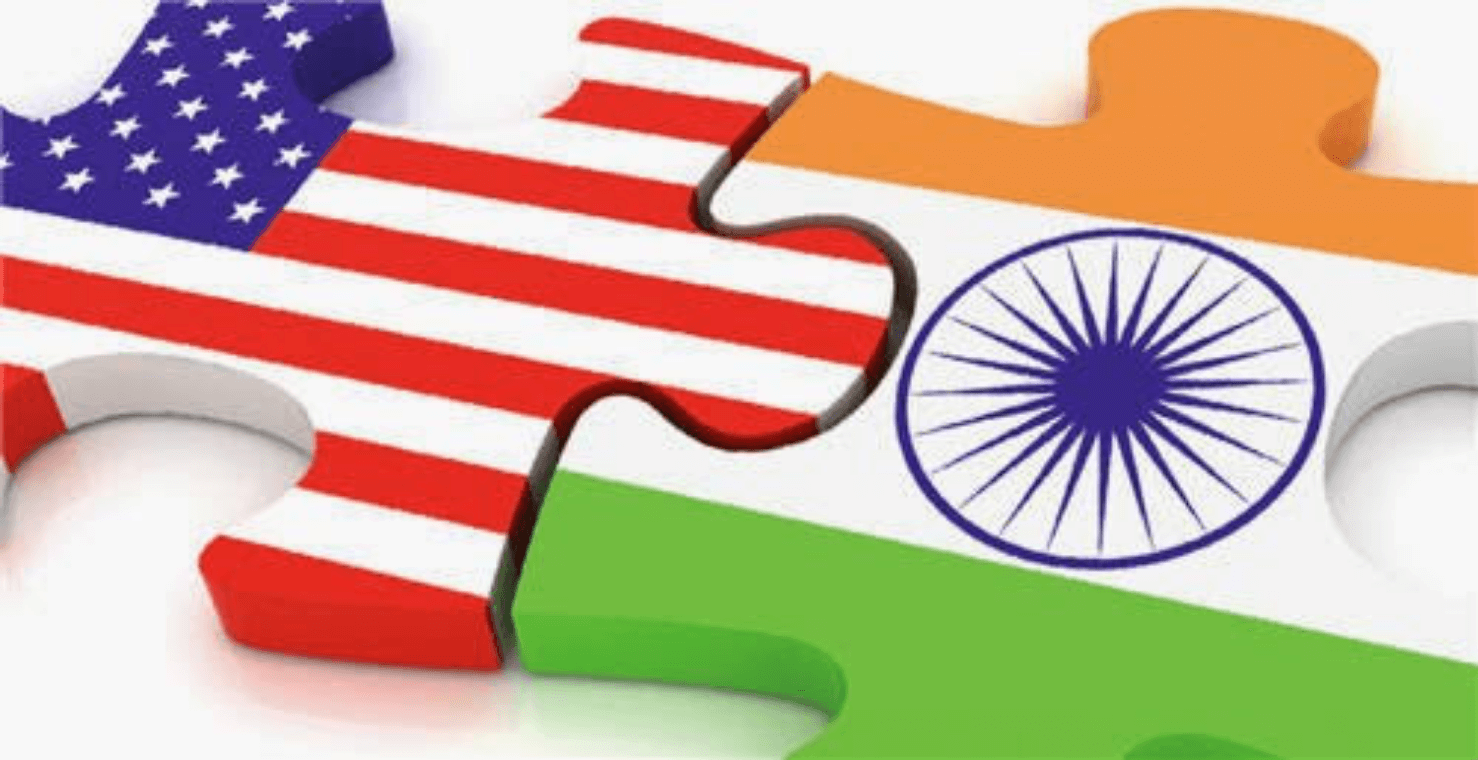 America’s interest in India was evident as early as 1942 when Roosevelt supported India’s independence movement. Though American contact at that time was minimal. Indian Foreign policy characterised by Non-Alignment, refrain from bloc politics, disarmament, anti-colonialism, world peace did not contribute to developing closeness with the USA after independence.Thus, the beginning of the relationship was shaky with series of disagreement on a wide range of issues like India opposed American act of establishing a military basis in Asia and particularly Indian ocean. India had reservations towards the containment policy which brought military aid to Pakistan. However, there were occasions of cooperation also for example- the Suez Canal crisis and the Laos neutralization. Economic relations were progressive where India received American aid. The USA also supported India during the border conflict with China in 1962. The power axis which developed after 1965 between China and Pakistan changed American equation towards India. India, on the other hand, continued to criticise American aggression in Vietnam. The bilateral relation further deteriorated with President Nixon’s rapprochement with PRC, the delays in shipment of Pl-480 and lack of long-term industrial investment in India. After the 1971 war, USA accepted India as a regional power.Economically an exception was made when USA sold ‘XMP 14’ supercomputers to India during Rajiv Gandhi’s tenure. Lets look at what is this history of India-US relations and what might be the possible future of it.

All you need to know about India – US relations during 1990’s.

After the end of cold war, India and USA had differences on various issues like NPT and CTBT. The Brown Amendment act of 1995 allowed the USA to supply Pakistan with military equipment worth $658 million dollars which included maritime, aircraft and missiles. The situation further complicated when China supplied N-11 missiles to Pakistan and USA did not apply sanctions on China for violating NTCR.

The growing military collaboration between Indo-US nations started only after Prime Minister Rao negotiated a long-term collaboration. In 1996, Malabar series of joint naval exercises started in the Indian ocean. A defence policy group was established and India acknowledged American military’s presence in Diego Garcia and the Persian Gulf.

In the 1990s India’s liberalisation policy attracted American business and investment. It was followed by the signing of Indo-US commercial alliance 1995 where the USA declared India as an emerging market. In 2017, Indo-US trade was at 70 billion US dollar.

The 1990s also witnessed India’s quest for nuclear supremacy and technology. The Pokhran ll Nuclear test in May 1998 brought the line of cooperation to a halt. It is after President Clinton’s visit to India that certain amount of sanctions were withdrawn and Indo-US vision document was inaugurated.

India-US relations during 2001 and onwards:

Indo-US relation entered a new phase in the post 9/11 era as military cooperation and strategic partnership started to gain momentum. Both the Vajpayee administration and Bush administration needs to be credited for achieving progress in bilateral relation, particularly in respect of next step in a strategic partnership which was an agreement signed in 2004 on technology and commerce. In 2002, USA strongly criticised Pakistan’s role in sponsoring cross-border terrorism in India. In 2005 George Bush hosted Prime Minister Singh in Washington DC and the 2 leaders announced the successful completion of next step in a strategic partnership. They also negotiated to cooperate in civil nuclear and space matters. Bush reciprocated the visit in 2006. It is in 2006 that India earned bipartisan support in US Congress for the Indo-US civilian nuclear deal.

With regard to Barack Obama and Manmohan Singh’s perceptions of bilateral relation, the following issues require special mention-

In 2014, Prime Minister Modi visited the USA which was the result of lifting the de facto travel ban upon him post 2002 Godhra riots. Through the policy of rapprochement American administration gradually softened its position towards Narendra Modi during the election campaign and eventually after his victory. The visit involved multilateral compulsion like General assembly address, diaspora diplomacy and addressing US business community on MAKE IN INDIA policy. Modi invited Obama to be the chief guest on Republic Day in Jan 2015.

Read more – What Is The Conflict Between America And North Korea?

This visit of Obama to India was the 2nd visit by the same President thus making exceptions in bilateral relation. During the visit hotline was established between the two, the strategic and commercial dialogue was launched, Indo-US defence partnership with the objective to condemn China in South China sea was designed. The 2 leaders met again on the sidelines of UNGA session 2015 and climate change summit in Paris. The defence and technology trade gained momentum by crossing over 14 million US dollar mark.

Why improved Indo-US relations has become a priority during Modi’s reign ?

Will India-US relations be further strengthened if Modi and trump meets ?

Indo-US relationship achieved great heights with President Donald Trump keeping his electoral promise of being the “best friend of India” inside the white house. India was the only country in which the Trump administration came out with a 100-year plan. As Trump announced his South Asia policy giving India a key role in bringing peace in the war-torn nation. For the 1st time, a US President aligned himself with New Delhi’s position that terrorism originates from Pakistan. It is also for the 1st time that US has aligned itself with India’s position on OBOR of China.

Read more – Will Wuhan Summit Be A Breakthrough In Indo-China Relations?

There are also some issues that the 2 sides need to work on like H-1B visas. The Modi government has taken up the issue with the Trump administration. Similarly, India refused to succumb to any pressure when it comes to the interest of its own people which was to be seen in the rec WTO talks. Another loss of consensus appeared when the USA  withdrew itself from Paris Climate Change agreement. Trump’s decision to pull out from trans pacific partnership has worked in favour of India.

In strategic, political, security, defence and economic terms relations between India and US will continue in a positive direction under President Trump. Impact of USA’s relations with Pakistan may or may not affect India. As far as China is concerned it will remain an important factor in the Indo-US relations. The future of India-US relations lies in their capacity to a new quid pro quo.