What is the conflict between America and North Korea? 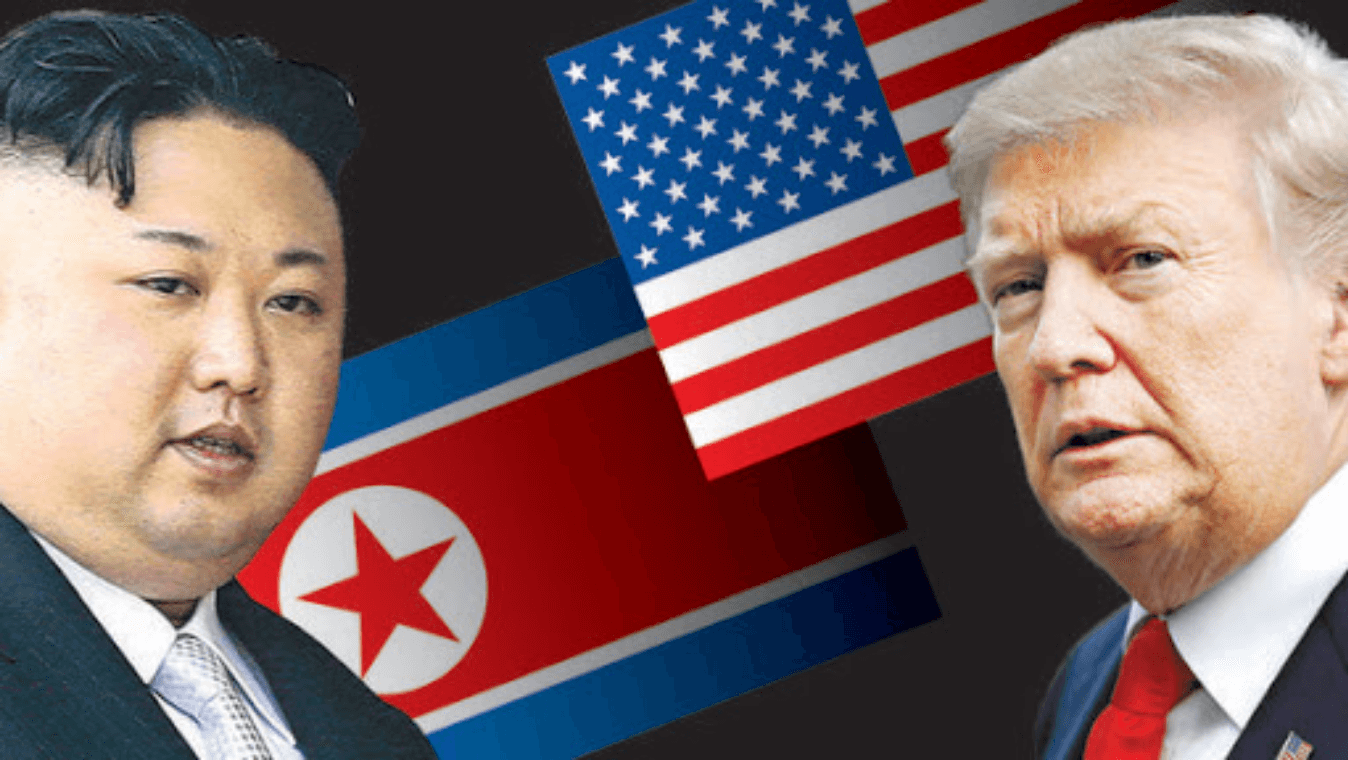 The relationship between North Korea and the United States of America are hostile and primarily developed during the Korean War. In recent years, their relationship has been defined by North Korea’s six tests of nuclear weapons, its development of long-range missiles which are capable of striking targets thousands of miles away and its ongoing threats to strike the USA and South Korea with nuclear weapons and other conventional forces. Let’s look at deep how were their relationships were earlier and what is the actual conflict between America and North Korea.

How the conflict between America and North Korea started?

The then President of USA, George W. Bush referred to North Korea as part of “The Axis Of Evil” because of the threat of its nuclear capabilities.Since the Korean War, USA has maintained a strong military presence in South Korea. Support among the citizens of US public to defend South Korea has increased steadily. While it was 26% in 1990, it has now increased to 62%.

Read more: What Is India’s Role In Syrian Civil War?

A majority of them also have a positive view of the South Korean President, Moon Jae-In, as of 2017. According to 2014 BBC World Service Poll, only 4% of Americans view North Korea’s influence positively while 90% view its influence negatively. Moreover according to Gallup’s Annual World Affairs Survey, in 2015, only 9% of Americans have a favourable view of North Korea while 87% have a negative view.

Will “May meet” will improve the conflict between America and North Korea?

On March 8th, 2018, the White House confirmed that President Donald Trump accepted a meeting invitation from Kim Jong-un, North Korean President and the two will meet in May 2018. Press Secretary Sarah Sanders said that “in the meantime, all sanctions and maximum pressure must remain”

The remarkable announcement of a personal meeting between U.S. President Donald Trump and the North Korean leader Kim Jong-un appears welcoming since it points its way out of a crisis that was seemingly going out of control, after the exchange of personal and nuclear threats between them. But the history of talks with North Korea has been laced with disappointment and duplicity. A summit meeting without adequate diplomatic groundwork is risky since it sets the stage for a bad deal and dash expectations which would ultimately lead to catastrophe.

Also Read -   Understanding the changing equation of the Guru-Shishya relationship

What has Korea offered to resolve the conflict between America and North Korea?

On the face of it, North Korea’s offer is attractive since according to different news websites and newspapers, Mr. Kim has promised to:

1)  Discuss giving up his nuclear arsenal if his country’s security is assured,

2)  Hold off from a missile or nuclear tests while talks are underway,

3) Accept that the annual U.S.-South Korea military exercises will continue.

He has not demanded a dowry of food or fuel ahead of talks, as in the past. Thus South Korea and the U.S., have rightly promised that sanctions will remain firmly in place until a deal is in place. However, if we look at the details, then it is more than just an attractive offer.

First, North Korea’s demand for security guarantees is an old one, going back more than a decade. But what does it mean in practice? This could involve simply a U.S. statement of non-aggression or even a peace agreement that would formally end the Korean War. The Obama administration considered such a discussion but backed away because North Korea had not put de-nuclearisation on the table. Now, it might have done. But what if North Korea seeks, a deeper guarantee of security, as it had done in the past that is the dissolution of the U.S.-South Korea alliance and the removal of American troops from the peninsula? Such a move would be hugely destabilizing, potentially forcing South Korea towards acquiring nuclear weapons of its own. Yet it might appeal to a president who has spoken disparagingly of alliances and distrusts faraway troop commitments.

Also Read -   Is the Indian Democracy a success or failure?

Second, how reliable are Mr. Kim’s commitments? In the past, the regime has signed up deals and then walked through loopholes. In 2012, North Korea agreed to halt missile tests in exchange for U.S. food aid. But after few weeks, it announced a satellite launch which uses the same technology as ballistic missiles. Thus the deal promptly collapsed. Today, North Korea is yet to confirm that it shares the South’s interpretation of its commitments. Will it really freeze all tests for the duration of talks? The first challenge will come during the massive U.S.-South Korea military exercises due to be held from March to May. South Korea will probably push for these to be scaled down, to avoid provoking Pyongyang, but they will certainly go ahead. It remains to be seen whether Mr. Kim will hold up his commitments or lose its temper.

Third, while Mr. Trump’s personal involvement is significant, it is important that diplomacy take into account the range of regional interests.

Will China’s involvement affect the conflict between America and North Korea?

China’s role in enforcing sanctions is crucial, contributing to a huge fall in North Korean exports last year. Beijing must be brought along rather than kept in the dark because the sanctions regime will have to be preserved and tightened if talks go nowhere. Japan, which hosts U.S. bases would be deeply affected in any regional war, is also a key partner. It is encouraging that the South Korean delegation that made this announcement from the White House will be in Japan soon. One option is to revive the ecumenical format of the six-party talks, which involved all these parties plus Russia between 2003 and 2009, although this, of course, clashes with the President’s compulsive need to take credit for any success.

Finally, we should be realistic. North Korea may have promised to discuss getting rid of his weapons, but this is unlikely to happen.

As James Clapper, then the U.S. Director of National Intelligence, acknowledged in 2016, the policy is a “lost cause”. “They are not going to do that,” he warned. “That is their ticket to survival.”

One must, therefore, think creatively about desirable outcomes short of de-nuclearisation. This could involve cutting the number of North Korean warheads and missiles, a permanent freeze on tests, intrusive inspections, and measures to block the export of nuclear technology. This will require diligent, expert and experienced diplomacy — big ask for a demoralized, shrunken and marginalised State Department. If the bar is set too high, the resulting disappointment risks pushing everyone back, more forcefully, onto a path of war.

All this might have been handled better. A presidential summit, which confers unusual prestige upon Mr. Kim, ought to have been held back as a concession at a later stage. There is a reason why North Korea has wanted a summit for decades. Now that one is agreed, it is worth testing North Korea’s sincerity as long as sanctions are not lifted prematurely. But American forces on the Korean peninsula and the alliance they uphold should not be treated as a bargaining chip. Mr. Trump should proceed with extreme caution.

What is India’s response to the conflict between America and North Korea?

Indian Foreign Ministry spokesman, Raveesh Kumar said that India will always welcome these developments and “supports all efforts to bring about peace and stability in the Korean Peninsula through dialogue and diplomacy”. India also hopes that such an engagement will help in the reduction of tensions and will pave the way for lasting peace and reconciliation in the Korean Peninsula.