What is the role of religion/religious gurus in Indian Politics? 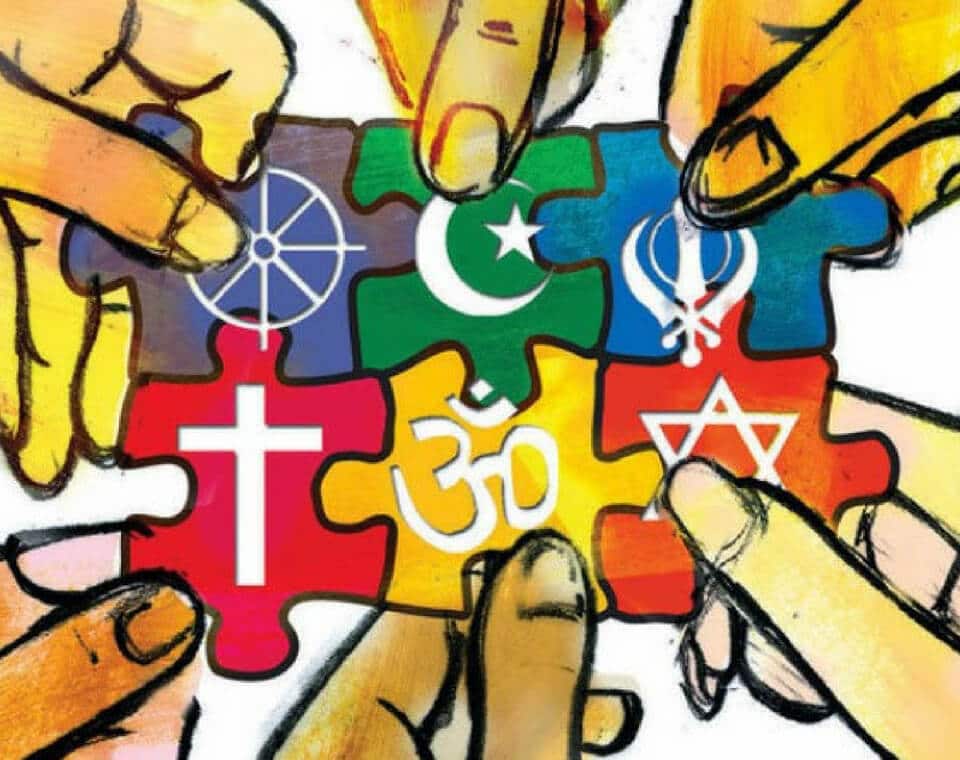 Is “religion” a factor affecting politics?

On a more definite scale, religion is the most outstanding factor as it forms the basis for most belief systems. While there has been a lot of research on the influence of socioeconomic and education on political participation and especially turnout, there has been little research focused on the effect of religion. Given the growing relevance of religion in the world, it is necessary for sociologists to study religion in relation to political participation. Discussion on the topic of religion in politics is typically divided into two main strands. One school of thought explains that religion, especially the major mainstream churches/temples/mosques etc decreases the probability of participation due to theological issues. Secondly, religion restricts women participation in politics by assigning gender roles and duties. The other school of thought believes that participation depends on religious affiliation, tradition or denomination in question.

There is an evidence to suggest that factors that influence political participation such as education, and gender could be neutralized by religious feelings. In a nutshell, individuals who might not vote or otherwise plan to vote or contact a government official due to their socioeconomic conditions, age, or gender, may do so when encouraged by religious leaders and fellow members of their religious community. Religion may induce persons to participate in public life. On the flip side, people who might plan to engage in political activity may not do so due to discouragement from leaders and members of their religious communities.

Facts and study’s reveal about the effect of religion on politics?

According to the data available on the relationship between political scenario and religious institutions, some religious institutions are by nature, more instilled with and favourable to democratic ideals than others. For instance, analysts draw a distinction in the political, social, and economic effects of Roman Catholicism and Protestantism and draw a distinction between the political, social, and economic effects of Western Christianity in general and the globe’s principal religions especially Islam. Few theorists are still of the opinion that Catholicism is less attuned to democracy than Protestantism. However, many theorists still argue that Islam is less attuned and favourable to democracy than Western Christianity. Driskell, in 2008, announced that the relatively low political participation of the Latino group is due to them being predominantly Catholic. James & Feinstein, in 1997, argued that Islam is less attuned to democracy as compared to Western Christianity. They argued that Islam is not conducive and that it denies the legitimacy of any authority apart from religious authority. This does not only make the state unstable in the Islamic countries but is also an obstacle to the development of democracy and civil society.

The results collected included only respondents from the Protestants and Catholic faiths. The test focused on the Latinos electoral participation in their voting taking note of the attendances in the recent congressional participation. The groups voting in the presidential election, the number of registered voters and their voting in school elections were also considered. The other focus was in the group’s nonelection activities, their attendance to political campaigns and public meetings. In both samples, questions that were comparable but slightly different on political issues were asked. The political questions directed to the Anglo sample were mainly on their voting in the congress, and presidential elections. They were also questioned on their voting registrations. On political questions such as money donation, voluntary services, and rally attendances were also posted.

Also Read -   What will be the impact of Triple Talaq Bill in India?

In both, the samples were taken, the independent variables considered were the same. They were the standard income and education variables as well as gender and age. Education was taken as an indication of the highest grade attended, and the household income to indicate a person’s income (True & Smith, 2004). To find out how religious effects on politics, the question asked to respondents included their religious affiliation whether Protestant or Catholic. Their church attendance, their religious experience and the religious faith were also asked. The religious affiliation was the main subject of the research focusing on the political participation of the respondents. This was done on the basis of Catholics and Protestants groups.

Role of religion in India Politics?

Now in India we all know that politics works on the basis of religion and caste. Before the advent of Modi, caste was more important than religion since Independence in 1947. While Muslims were usually united when it came to voting, Hindus were divided into caste lines, usually voting for parties representing their castes. Since no single caste was usually above 15% of the population in a state, you had to get your caste combination correct to win an election which included Muslims as well. But now a radical change has taken place. Though caste is still important, religion has overtaken it in importance. Almost 80% of India is Hindu. So if the bulk of Hindus vote for the BJP it will keep winning elections. For this, it is necessary for the BJP to keep the communal heat on, Which means communal riots and communal incidents must be instigated by the BJP through agents all over India, while the party will claim it had nothing to do with such “spontaneous” incidents.

Read more – Modi Government: Here Is How It Has Performed Till Now!

This means that bad days have come for Muslims in India. They will be demonised, branded as terrorists, and their properties and places of worship will be attacked on various pretexts. The inevitable consequence of this will be “spontaneous” retaliatory attacks on the Hindu minorities in Pakistan and Bangladesh. Also, many Indian Muslims, who were earlier good and peace-loving, will be turned into terrorists by such attacks. A chain reaction may well ensue, which may even result in war. Another event in this connection is the death sentence on an Indian, Kulbhushan Jadhav, by the Pakistan army authorities on charges of spying and sabotage. The decision to hang Kulbhushan Jadhav was clearly taken by the Pakistan authorities after cool deliberation since executing him is bound to considerably increase hatred of Muslims in India. The aftermath of this decision was of course branded as “spontaneous” by the Indian government, just as the attacks on Jews during Kristallnacht in November 1938 in Germany were described as “spontaneous” by the Nazis.

These attacks on Muslims and mosques in India will inevitably result in attacks on the small Hindu community in Pakistan and possibly even Bangladesh and on Hindu temples. There will then be further attacks on Muslims and mosques in India, and retaliatory attacks on Hindus and their temples in Pakistan. Whether this sequence of events will at all happen, and if it does for how long will this see-saw go on, and whether this heightened tension will escalate into a war between India and Pakistan, is yet to be seen. Famous religious leaders who stand for unity and liberty in our country are the ones who are actually dividing the country by declaring support to one political party and since political parties are vested with religious ideals, thus these religious leaders show their support to one particular religion. During the 2014 elections, the country’s best-known yoga guru Ramdev declared his support for the pro-Hindu Bharatiya Janata Party (BJP), pledging to garner 200 million votes for the party.  India’s 176 million Muslims, also comprise an important voting bloc.  The head priest of the Muslim community in Delhi organizes a meeting before general elections to discuss its pros and cons.

“We have invited leaders of all religions … to deliberate on the elections and political parties,” an official of the Jama Masjid in Delhi, where the meeting would be held, told ucanews.com during the 2014 elections.

Moreover, The Catholic Bishops’ Conference of India, issued voting guidelines and The CBCI’s office of the Justice, Peace, and Development based in New Delhi issued a statement on Jan 28, 2014, urging people to make the right choices by selecting the candidates who work for a peaceful and corruption-free society. Recently, In a letter to all parish priests and religious institutions in the Archdiocese of Delhi, Archbishop Anil Joseph Thomas Couto called for priests to “Pray” for India amidst religious tensions between different communities. The Centre rejected his charge and said the Archbishop’s comments reflected his “prejudiced” mindset. Although the letter doesn’t advocate any political party but the language used reflected Christian beliefs which didn’t go well with the Pro-Hindu political parties of our country. Read more about Couto’s Letter: Why Religious Politics Is A Threat To Country?

Thus we can conclude that religion and politics cant be seperated, Religion plays a important role not only in India but all over the globe.