Couto’s letter: Why religious politics is a threat to country? 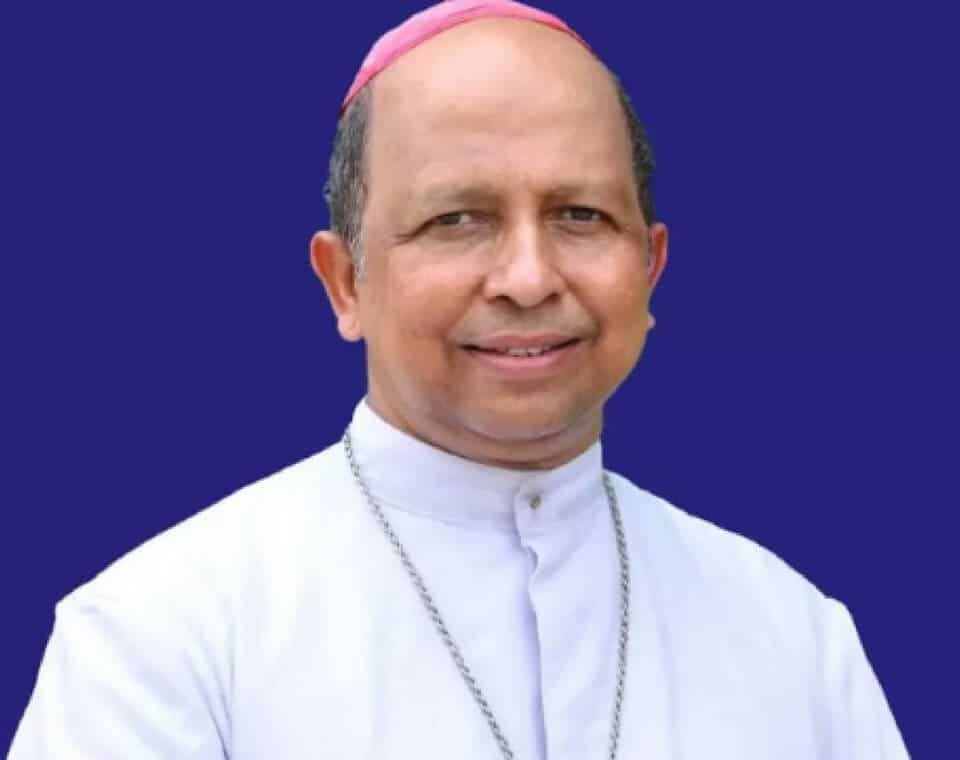 We all know that India is a secular country. The constitution of India gives religious freedom to each and every individual so that they can express their opinions and practise & promote their religion. Traditionally, Secularism is the principle of the separation of government institutions and persons mandated to represent the state from religious institutions & dignitaries. There are various manifestations to secularism. One describes secularism as asserting the right to be free from religious rule and teachings. Another explains that public opinions or decisions should not be influenced by any religious idea or belief.

In a letter to all parish priests and religious institutions in the archdiocese of Delhi, archbishop Anil Joseph Thomas Couto called for priests to “Pray” for India amidst religious tensions between different communities. The Centre on Tuesday rejected his charge and said the Archbishop’s comments reflected his “prejudiced” mindset. Anil Couto wrote

“We are witnessing a turbulent political atmosphere which poses a threat to the democratic principles enshrined in our constitution and the secular fabric of our nation………… This is our cry, Heavenly Father, in these troubled times as we see the clouds eclipsing the light of truth, justice and freedom.”

“It is our hallowed practice to pray for our country and its political leaders all the time but all the more so when we approach the general elections. As we look forward towards 2019 when we will have new government let us begin a prayer campaign for our country from May 13…”

The letter provoked immediate outrage from the Bharatiya Janata Party, the governing party of Prime Minister Narendra Modi, which has often been accused of attempting to split the country along religious lines to appeal to its Hindu majority base. Christians make up less than 2 percent of mostly Hindu India, while Muslims are 14 percent of the population. After reading the letter one can say that it doesn’t really advocate any candidate or political party.

“I personally believe that no one should say things like this, for a religious person to make such comments cannot be accepted and appreciated,” said BJP president Amit Shah. Subramanian Swamy, a demagogic lawmaker in India’s upper house of Parliament, tweeted late Tuesday that India should even consider cutting ties with the Vatican.

“The PM must direct MEA to scrap the diplomatic relations with Vatican and seal its Embassy in Chanakyapuri because the Archbishop is a formal nominee of the Vatican.”

“It is wrong to try and instigate castes or communities. You can tell them to vote for right candidate or party but to suggest voting for one party and not another and term yourself as secular vs pseudo-secular is unfortunate,” BJP spokesperson Shaina NC has said. Another Union Minister Giriraj Singh tweeted, “The church receives its orders from Italy and the dictate) for support to the pseudo secular comes from Pakistan. The day is not far when Hindus will realise this and will give a befitting reply to those.”

Couto’s stance of defence on his controversial letter –

A spokesman for Couto did not immediately return calls for comment. However, Couto defended his comments to the Indian TV channel News18. “Prayer for country is always there and it is a very private matter. We have only asked our churches to spend one day a week to pray and it’s a private matter and no one can interfere with it. We are concerned with atmosphere, issues plaguing the country. It’s only a request from various people to pray for the country,” Couto said. He also said that the letter was not referring to the Modi government and he was merely “raising concerns” as a citizen of India over religious tension. As for the prayer Archbishop Couto has suggested be read out by Delhi’s parish priests, it seems to be one which citizens of all religious and political inclinations could join: “Let the poor of our country be provided with the means of livelihood. Let the dalits, tribals and the marginalised be brought into the mainstream of nation building. Let justice and integrity prevail in every sphere of our life.”

He also clarified that the letter does not refer to any particular regime, and that actually it is in line with the call for prayer for peace and free and fair elections that is sent out before every election – as was done in 2014 and before that too. The Archbishop’s office has also denied any political motive in the prayer, calling it a standard practice before elections. Amid reactions to his letter, Couto said every government that came to power should protect the rights and freedom of the people. “Elections concern us. Therefore when we talk, we talk about the elections because the government concerns us. We cannot be apart from the government. We pray that we have such a government that cares for the freedom of the people, rights, and welfare of the Christian of community,” he said. Couto added that the idea behind the exercise was to protect legislatures as the place of discerning minds, raising judiciary as the hallmark of integrity, prudence, and justice and keeping print, visual and social media as the channels of truth for edifying discourses.

Father Robinson, secretary to Couto, said the letter was issued on May 8 and had already been read out at all the parishes. “This is a two-week-old letter. It invited people to pray for the elections, country and all the political leaders. There is nothing wrong in it,” he said.

Home Minister Rajnath Singh told reporters Tuesday that he had not seen the letter but “I want to say India is one of those countries where minorities are safe and no one is allowed to discriminate on the basis of caste and religion.”

RSS ideologue Rakesh Sinha described the circular as “direct attack on Indian secularism and democracy.” He said the bishops were accountable to the Pope and not India. “The real reason behind this letter is that after the formation of the Prime Minister Modi’s government, the church-oriented non-governmental organisations received less money due to stricter laws. The Church organisations used to take this money for a variety of cause but in reality, utilise this only for religious conversions. They want a government to be made so that their conversion business flourishes,” Sinha told media.

Couto’s letter: A communal weapon weaving in the hands of politicians

On the other hand Anil Couto also received support from opposition political leaders. CPI(M) leader Sitaram Yechury said Couto was calling people for a prayer and saying that the values of the constitution of secular democracy had to be protected. “His spokesperson has also said that the call for this annual prayer has always been given. For the minorities in India, the only guarantee they have is the Constitution that promises them equality,” he said.

Also Read -   Is the Indian Democracy a success or failure?

The reactions emitted by the politicians of our country a ironic since it is not new for politicians to use religion as a weapon fo dividing country along communal grounds and gaining votes. Moreover it is disingenuous to pretend that religious institutions do not have political opinions or a political role in this country also. We also cannot deny the amount of atrocities committed against religious minorities and “lower caste” by Hindu extremists in our country. India has seen an increase in religious tension and hate-related violence in recent years, including an increase of lynching of Muslims and lower-caste victims by Hindu mobs on suspicion of possessing or slaughtering cows, which are sacred to the Hindu faith. During recent state elections in the southern state of Karnataka, both the BJP and loyalists of the main opposition Indian National Congress party were accused of spreading false and divisive content on social media.

In its 2018 report, the United States Commission on International Religious Freedom said religious freedom was continuing on a “downward trend” in India, citing attempts by Hindu nationalist groups to “Saffronize” India through violence, intimidation and harassment of religious minorities and other minorities, including “cow protection” lynch mobs that killed 10. “At the federal level, Prime Minister Narendra Modi has made statements decrying mob violence, but members of his own political party have affiliations with Hindu extremist groups and many have used discriminatory language about religious minorities,” the report noted.