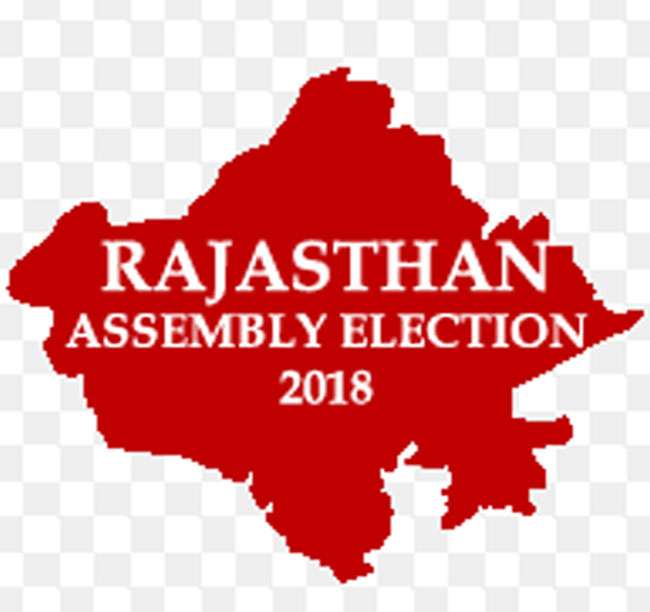 As the election commission has put forth the dates on which the fate of the candidates has to be locked in the EVMs in poll-bound Rajasthan, major rival parties contesting the elections have also blown the election bugle. The ruling party which is the Modi-Shah led BJP is struggling hard from its toe to head to retain its power in Rajasthan under the chief ministerial leadership of Vasundhara Raje Scindia. Since several opinion polls by ABP-CSDS or the C-Voter indicates a detecting jolt for the ruling party, still many election pundits are predicting that a comeback would be somehow hard but BJP will manage it. It is highly probable that to minimize the anti-incumbency factor BJP will reiterate the same method used and well-fruited as in the last MCD elections in the national capital of Delhi by replacing every sitting MLA in this assembly polls. Though it was an experiment at a small level (civic elections), it definitely sent a message to the voters that the party will not step back from removing its nonperforming representatives, as well as justifying party’s tagline: a party with a difference.

Why is BJP restless and lacking in confidence this time?

Expectations, if unaccomplished leads to dejection and as BJP never expects minority votes it doesn’t affect it much also but it does affect its traditional Jat community voters dwelling in the same Mewat region, Alwar district of Rajasthan often ‘’mistakenly’’ or notoriously beaten by the fringe elements claiming to aid the police in catching the cow-traffickers.  The whole “cow politics” scenario that put the state into the bad light and affected the whole tourism, animal husbandry and hospitality industries in the state badly affecting the state economy was itself an outcome of the stringent cattle trading laws roughly made and badly implemented as well in the state along with venomous statements frequently coming out from the state cabinet ministers including the minister of home affairs, Gulabchand Kataria and many others. The situation worsened with several cases of Mob lynchings in which many got space in the national and international media along with public attention such as Pehlu khan murder case etc.

As Plato says in his book Republica that when the govt. Starts performing works that the people don’t actually want it to do then there is going to be a chaos in the system.

Further, not everything is well and cheerful inside the state party leadership unlike the Three stakes in the center (central govt., national leadership of the BJP, and the RSS), the Rajasthan BJP leaders have been awarded or pulled back on the basis of loyalty towards “her-highness”( based on her accessibility for a common party worker). Newly appointed state BJP president Madanlal Saini is also been said to have not a very good equations with the CM. Hence, the picture is very clear that the whole ‘electioneering’ will be majorly groped by the Shah led the national leadership of the party and will not be only at the whims of Vasundhara Raje. Or will the seven-party alliance of Left, RLD, SP, and JDs be able to make a difference or they will remain just vote-cutters?

With all these predictions and assumptions being made, and despite several shocking and positive responses registered by the BJP in last four year of electoral politics, there is further a lot of ruckus going on very much sufficient for bringing contractions on the foreheads of the party leadership. With no exception, Rajasthan elections have always been contested on the basis of several vote banks divided on the basis of castes like the influential Rajput community or the Jats or Bishnois. With a local slogan “Modi tujhse bair nahi, rani teri khair nahi” floating in the atmosphere of this amid hot state, mirrors that how abruptly voters of Rajasthan are having slant look at the state government.  Several things that went wrong in the Vasundhara government that were considered to be cremated by the govt. are rising again from the ashes. Whole govt. along with the CM Vasundhara went silent on the allegations over the slow investigations going on in either Ambulance scam in which the then opposition party (the BJP) dragged Sachin Pilot; or the investigations against Robert Vadra or ‘’Damaadji’’ (nicknamed by Modi and others in 2014 LS elections) on accusations of Land scams.

However, the government is proclaiming it’s several developments and flagship schemes but whether it will get the votes converged for the party candidates or not will be interesting to watch.

Has the Congress Party the Upper hand?

It apparently seems so at a first glance, but it doesn’t look strongly appealing when it is further analyzed. Surely, party workers are whelmed with the sweeping of all two bypoll elections in Rajasthan under the young but experienced leadership of Sachin pilot who is consistently ringing doorbells in his “Gaurav Yatra”. But there is still a confusion among the lower level party cadre that who will be the chief ministerial candidate or eventually the chief minister causing some hoax in the election management but for the obvious reasons the state party leadership continues denying and stating about the situation that is in “control”.

The Congress party seems quite relaxed as it doesn’t have much to lose but so much to gain. Senior Congress leader and ex-chief minister Ashok Gehlot is also on board which is governing and monitoring the INC’s election campaign in Rajasthan. The voter will again expect an alternative from the party but the hundred dollar question is that whether the party would be able to put forward its own vision or agenda of development or not?

As it is nearly impossible to contest elections in India purely on the development agenda as often proclaimed by the spokesperson of the contesting parties(recently by BJP spokesperson Prakash Javadekar), the political game to allure and attract the voters of different communities having majority in different areas like jats in Bikaner, Ganganagar, and Jaisalmer; Meena community in Udaipur, Dungarpur districts; Rajput community in Barmer, where the rebels of the BJP duet of father-son Jaswant Singh and Manvendra Singh come from and Jaisalmer, Alwar and some other districts have been vividly started. The enticing of Gujjars and the Muslim communities are no worse than the previously mentioned communities.

Amidst this hocus-pocus, the defection of party leaders from one party to other has been initiated with the same old style allegations made by them of moral bankruptcy or forgetting their lineage on their previous party they belonged to and promises made to remain a dedicated party worker with literally no ‘expectation’ from the new party!

As the voting day is leaping (Dec 7) nearer and nearer, regional politics can hit new peaks in touching new lows, from false allegations to offensive nomenclatures, from strong polarization tactics to soft communal politics and what not!

Also, participate in our Rajasthan Opinion poll and let us know which party will win the Rajasthan Elections 2018?