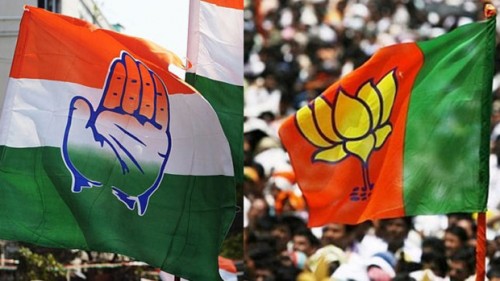 U.S. Secretary of State Mike Pampeo recently tweeted the definition of a “clean” multinational company to be the one which does not have any Chinese equipment or funding. He also called Mukesh Ambani’s Reliance “a clean telecom company” because it is not using Chinese equipment for 5G. Amidst the India-China Galwan border crisis, Indian PM Narendra Modi took the anti-China rage further by banning 59 Chinese mobile apps in India including widely used Tik Tok and ShareIt. However, a serious fact-check of how uninfluenced Indian political parties are of Chinese investments needs to be done to prove if all these steps are worth the strong anti-Chinese sentiments of Indians.

What political parties owe to Chinese even now?

The two biggest national parties of India, Bhartiya Janata Party (BJP) and the Indian National Congress Party (INC) have been exchanging barbs reminding each other of how they have been supporting Chinese investments in their political parties. After Rahul Gandhi tweeted that the PM has surrendered to China following PM’s statement on Chinese incursions into the Galwan Valley, the BJP launched an attack on Congress pointing out that The Rajiv Gandhi Foundation (RGF) has been taking donations worth three thousand hundred dollars from China and the Chinese embassy in both UPA 1 and UPA 2.

The ruling party has been attacking the age-old Congress party after the latter started questioning the BJP’s handling of India-China crisis at the Galwan Valley. The opposition in response asked the government not to live in 2005 and play “diversionary tactics”. “The only prime minister who goes to China 5 times is Narendra Modi. The only prime minister to call the Chinese prime minister to India 3 times is Narendra Modi,” said Congress spokesperson Randeep Surjewala. “Is it not correct that in January 2009, the Rashtriya Swayamsevak Sangh (RSS) had consultations with the Chinese Communist Party?”, Surjewala asked.

READ| Time to Stand United as a Nation; Manmohan Singh on Indo-China Tensions.

Further, the Congress Party also lashed out on the transparency of the PM-CARES Fund saying that the fund has accepted multiple donations from Chinese companies. The PM-CARES fund, the PM’s project for collecting relief funds for tackling coronavirus was soon declared an undisclosable fund “for national security issues” after many RTI applicants submitted requests for a copy of the diversion of the funds.

According to a report by National Herald on the PM CARES Fund, a list of donations by the Chinese companies to the fund were cited:

These figures have further been repeated by advocate and Congress minister Abhishek Manu Singhvi.

As per media reports, PLA began to strengthen its positions along the LAC by erecting posts in the area in Ladakh in April, around the same time when PM Modi announced the first phase of the lockdown. The Chinese giants began to donate to the PM-CARES just around the same time. The fund was also declared to be undisclosable. “PM CARES Fund is not a Public Authority under the ambit of Section 2(h) of the RTI Act, 2005. However, relevant information in respect of PM CARES Fund may be seen on the website pmcares.gov.in,” the PMO had replied against a response to the RTI application. A decision to declare the fund as a “public authority” is underway.

At a time where political conflicts with China seems almost all-time high, it is imperative and ethical of Indian political parties to be more transparent of their engagements with China. Lashing out remarks by politicians on each other only adds to growing distress. While India plays a political blame game, its Chinese who enjoy.