What are the Reasons Behind India-China Border Dispute ? 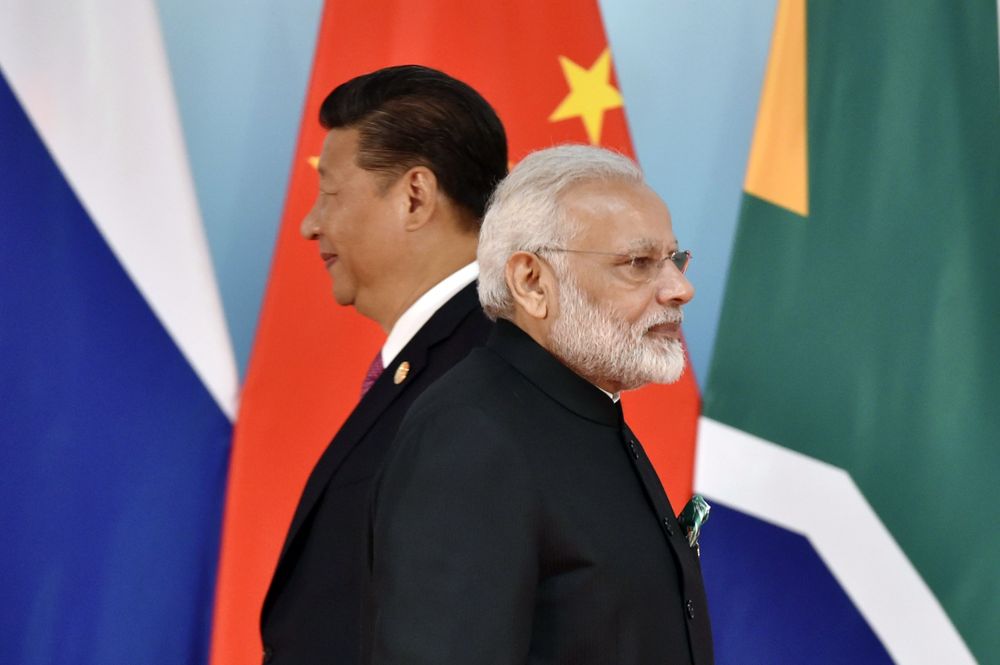 Pangong Tso is the current theatre of face-off between Indian and Chinese troops. Relations between India and China have been under strain since 5th May, 2020. Number of skirmishes have taken place between opposing troops at the Pangong Tso in Ladakh for a month. Since then, tensions have erupted along multiple locations along the western sector of the 3,488 kilometre long Line of Actual Control border of India and China. Chinese army has reportedly made intrusions in at least three areas which are considered Indian territory. This has fueled fear of bigger confrontations between the nuclear armed neighbors.

The Line of Actual Control (LAC), also called the McMahon line in the east is the line that separates Indian and Chinese troops since 1962 and generally runs along the land except for the width of Pangong Tso. Here it runs through water of the 135 km long Pangong Tso lake. It is one of the most hotly contested borders in the world. But none of the counties have settled the dispute on who owns the land in the border area but both India and China have promised to maintain peace in 2019. 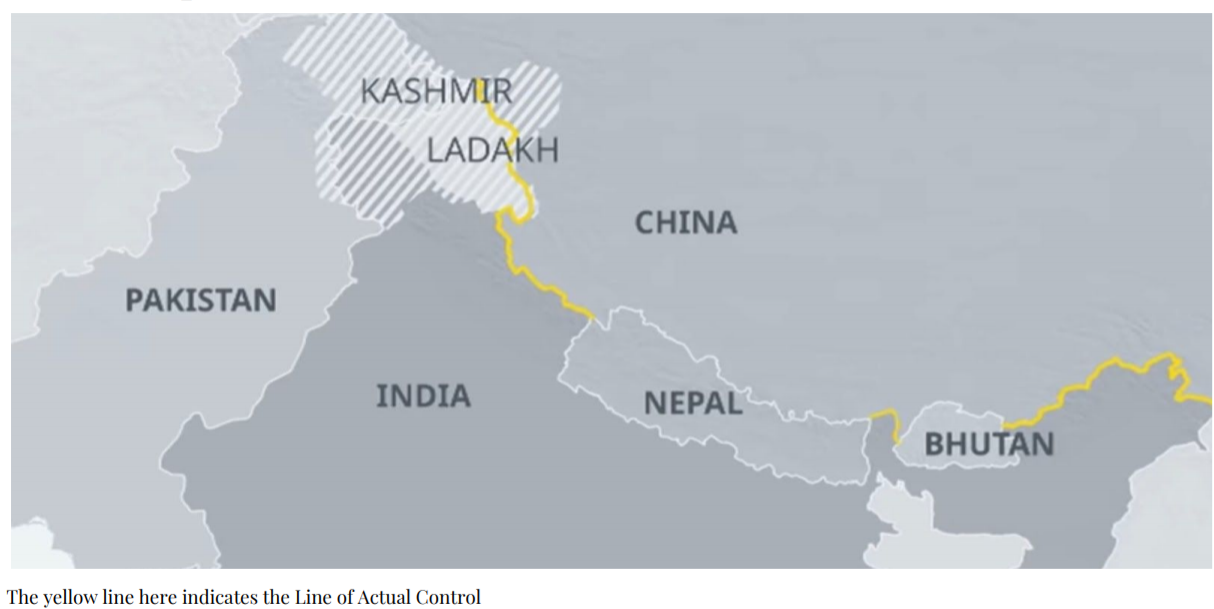 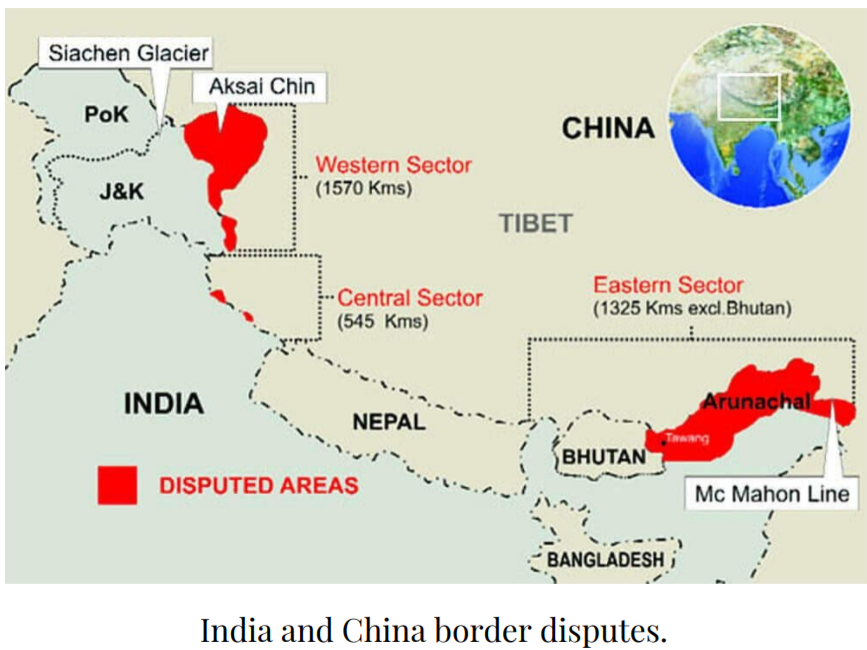 India and China have different understanding of where the LAC passes through. According to India, the Line of Actual control is 3,488 kilometre long whereas China considers it almost around 2000 kilometres. The current situation has erupted over the Indo-China border dispute like it has many times before. Global Times said ‘India-China border tension could continue for a while.’

What is the problem and how did it start?

India’s construction of infrastructure on Chinese territory is the cause of the current rift between the two countries. China has also been encroaching areas along Pangong Tso. The intrusion in Galwan valley area by the Chinese which has been accepted by the Chinese as Indian territory previously, has contributed to the tensions. China has blamed India for being the provocator and that India has advanced into Chinese territory and that has unilaterally tried to alter the status quo. However India said that they have limited their activities to the Indian side of the LAC and that China has hindered India’s patrolling patterns.

There was another physical engagement in Sikkim, along the eastern sector. China has deployed a large number of troops in Pangong Tso and Galwan Valley besides gradually building temporary infrastructure and amassing weaponry. The Chinese army has also brought in reinforcements near the LAC, including artillery guns, infantry combat vehicles and heavy military equipment. India also increased the number of warfare troops in Ladakh.

The current standoff has occurred because of China’s objection to India’s infrastructure development near the border. Another allegation is that opposite troops have advanced into the other territory. China’s conventional military superiority remains a threat to India. An explanation to this Chinese aggression in Pangong Tso and Galwan areas is China does not want India to boost its infrastructure anywhere near the LAC. China fears it threatens its occupation of Aksai Chin and Lhasa-Kashgar highway. As per sources, India is also trying to complete the key road in Ladakh this year to threaten the Chinese in Aksai-Chin.

Indians have come together to clamp trade ties with China and hit them economically by boycotting Chinese products and removing Chinese apps of their phones. But this is unlikely to have a damaging affect a 90 billion dollar trade between the two Asian giants.

Many rounds of talks at lower levels have led to the Saturday, June 6 meeting between the Military officials from two countries to resolve the issue in some way.

Washington has sided with India and expressed concerns against the Chinese aggression against India. It has urged Beijing to respect the norms and mechanisms. US President Donald Trump offered to mediate the Indo-China LAC dispute in his tweet. However Chinese Premier Xi Jingping said he does not want a third party involvement to resolve the issue given the tensions between Beijing and Washington. China backed it’s dialouge by saying that the situation at the border with India is “overall stable and controllable.”

Also Read -   What was Ambedkar's ideas on Caste system in Hinduism?

Why do these standoffs keep occurring?

Border disputes between India and China have always kept emerging with the Doklam standoff of 2017 being the most serious one. This keeps happening because of the Line of Actual control itself and because it is a contested border. One of the major reasons is the infrastructure development on both sides which leads to these conflicts and standoffs. There is no mutual agreement on where the border is.

What is the future of this Sino-Indian tension?

This could go on for a while. However this is being said that there are positive talks between the both countries and it might not escalate into another standoff like the Doklam issue of 2017 where the standoff lasted for 73 days but the military stand off could continue for a while.

India and China have agreed to resolve a dispute over their shared border in the Ladakh region through “peaceful” diplomatic channels, according to the Indian foreign affairs ministry. Indian and Chinese ambassadors joined a video call between diplomats of their border working mechanism Friday, June 5 to emphasize that “the two sides should handle their differences through peaceful discussion” and “not allow them to become disputes”. The commanders of India and China’s militaries held Lieutenant General-level talks in their first major attempt to resolve the month-long tense situation along the Line of Actual Control (LAC) in eastern Ladakh. This Saturday, June 6 meeting could be thefirst of several.

Indian officials said both sides would first focus on getting both the Indian armyand China’s People’s Liberation Army to pull back additional troops and equipment to their pre-May positions. Both India and China agreed that peaceful, stable and balanced relations between India and China would be positive for stability in the current global situation. Both countries want to restore the status quo.