Why Congress is unable to defeat BJP in Gujarat? 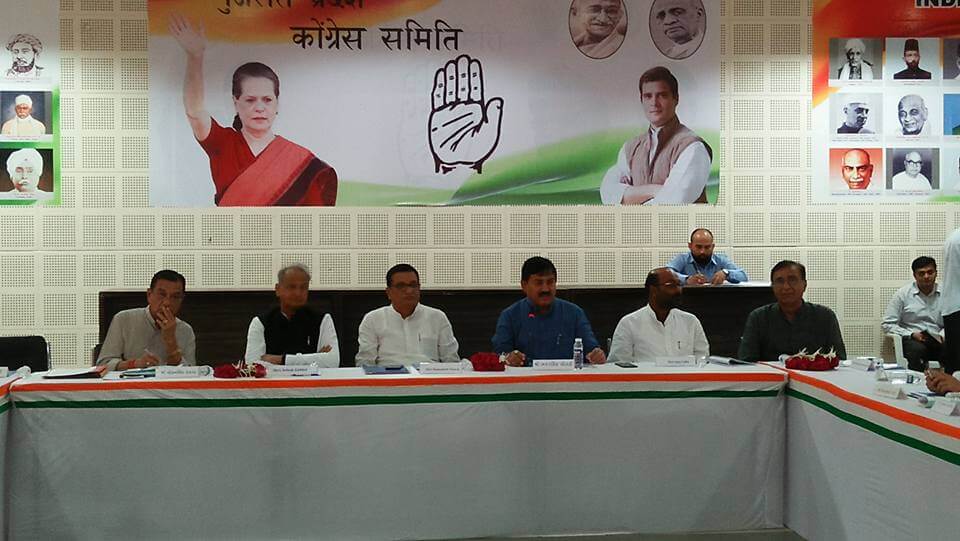 Gujarat, which has been home state for the great Congress leaders such as Mahatma Gandhi and Sardar Vallabhbhai Patel, was once dominated by the Indian National Congress. Until 1995, Congress used to rule Gujarat and was always considered favorite. However, the same Congress Party which used to rule the state for many years has been under the shadow of the BJP for the last 20 years. Congress has failed to win last four assembly elections of the state. However, there are certain questions which arise in our minds. So what is the reason for this downfall? Why is Congress unable to rise after the fall? Will Congress be able to defeat BJP? There are many reasons which justify that why Congress has been unable to defeat BJP in Gujarat from past 20 years.

We all know that PM Narendra Modi’s home state is Gujarat. Before becoming the PM, he was the Chief Minister of Gujarat for three terms. Narendra Modi is absolutely adored by the people of Gujarat. Not only because of his charm and intelligence but for all the work that he has done for the development of the state. Let us take a look at some of his achievements in his spell at Gujarat as CM. Gujarat today is the hub of industrialization and the state of Gujarat happens to be the first choice amongst the potential corporate, industrialists and investors. However, it is to be noted that the industrialists and investors are hardly concerned with the position that Gujarat holds in the economic development index of the states of India. It is the personality of Narendra Modi, who with his pro-business attitude and prompt delivery of validations necessary for industrialization had created the right ambiance for industrialization efforts and a just work atmosphere, that they are attracted to. The NSSO survey data of 2009-2010 claims that Gujarat has an employment problem which is ridiculous. Gujarat, as per the survey reports of Labor Bureau of India, 2012, happens to record the lowest unemployment rate of only 1% as compared to all the other states of the nation, where the national unemployment rate is estimated 3.8% by the same report.

Read more: All you need to know about upcoming Gujarat election

Also, among all the other states in India, Gujarat records the highest agricultural growth of 7.30%. Also, electricity has reached almost every village of Gujarat, thanks to Sardar Sarovar Dam and many other schemes and projects. According to the report of NDTV, Gujarat is the safest state for the safety of the women. Also, metro rail projects, riverfront projects, BRTS projects and bullet train projects add to the development model of Gujarat. Vibrant Gujarat is one of the most successful projects of Modi.

These are some of the reasons why Gujarat people are obsessed with Modi. Even though Modi has left Gujarat now, his legacy still remains in the state.

This has been one of the major concerns for the Congress. Congress has been unable to develop a face for the state. Yes, there are veteran leaders of the party but none of them have been able to match the serious charisma of Modi.  Also, in the last few years, central leadership has affected the results of the party. There has been always news of the political burst up amongst the Congress Party. The Congress leaders in the state have always been indulged in downgrading the BJP party. What their major concern is that they lack a clear foresight.

Also, in the last few years, many veteran Congress leaders have left the Congress party, believing that the party’s downfall will lead to theirs. They have joined their rivals BJP, knowing they have a better chance at winning in BJP than in Congress. Many veteran leaders of Congress including Shankarsinh Vaghela as well as Balwantsinh Rajput have left the Congress to join BJP. These resignations prove fatal in the mentality of the members of the Party and this is when a Motivational leader can play a part, which Congress Party lacks.

Same old strategies for the Elections:

Instead of making people believe in them, they are trying to make people not believe in the BJP and Modi. They have always tried to undermine the BJP’s progress. They have been trying to hide the advantages of a project by showing its disadvantages. But the people of Gujarat are not easily deceivable and thus Congress has been unable to gather many votes.

Also, Congress has been trying to get the votes of the minorities of the state. They have made them believe that the projects BJP are doing are only good for the rich and as a result, poor have to suffer. However, even this strategy has failed for the Congress.

If Congress keeps on following the same strategy for the upcoming election and doesn’t come up with something new, it is going to face the same fate as it has faced in the last three elections

Last but not the least, People remembers:

Congress ruled the state till 1992, but the state did not show any major transformation. The state lacked basic facilities in major of the villages. The infrastructure of the state was quite old. The state was indulged in many corrupt practices. Child malnutrition was spread everywhere in the state. The Muslim Poverty rate was high. The girl boy ratio was very low. The state lacked primary education. All the above problems and many more used to prevail in the Congress era and the solutions to these problems have been provided by the BJP.

People will not believe in you until you show them. Your actions speak louder than your words. People believe what they see and they have seen Gujarat being developed under the BJP rule. And thus, people will always be inclined to vote for the BJP unless the Congress proves them that they are worthy of a chance. Unless the situation changes, it is very difficult for the Congress to win the elections in Gujarat.