Is West Bengal turning into a muslim state? 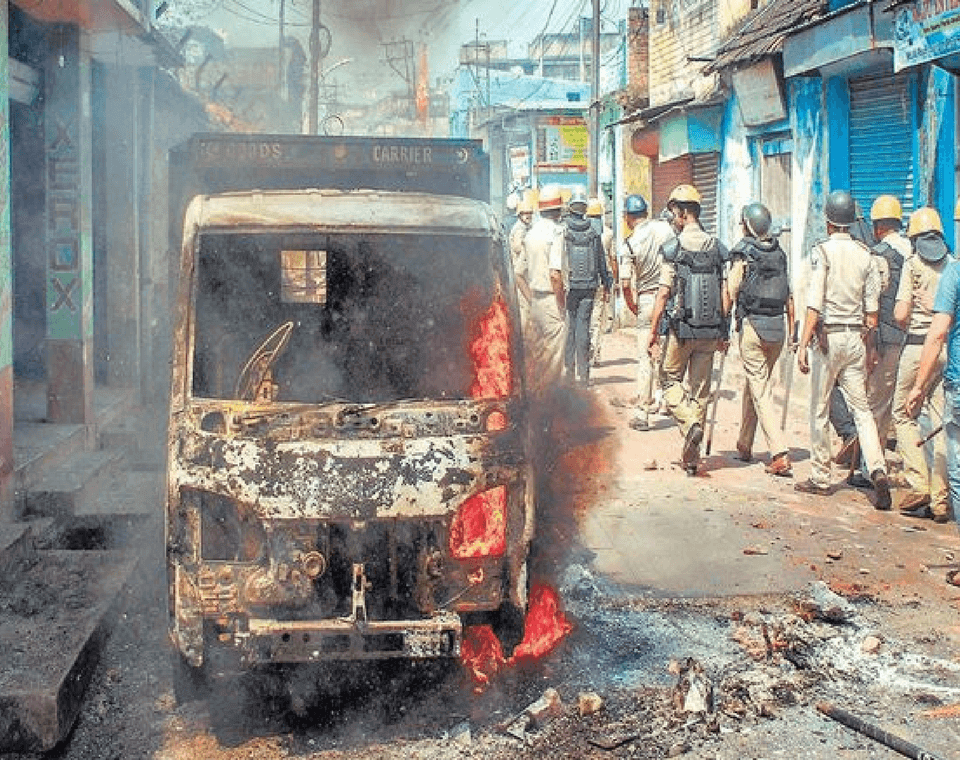 West Bengal was treated as a curious sight on Sunday, 25th March 2017. The day Ram Navami was celebrated across the country. Both BJP and the ruling Trinamool Congress were trying to outdo each other in holding Ram Navami processions. In some rallies, TMC leaders reportedly were even seen ditching the party flag in favour of the saffron headband. Let’s try to dig in detail and find out if West Bengal is turning into a Muslim state?

Read more: Is It True That A Temple Was Demolished For The Construction Of Babri Masjid?

Looking at the political scenario, leading up to the 2016 Assembly elections, the focus was on the minority group undoubtedly by the TMC party. At roughly 30 percent, Bengal has a sizeable Muslim population.Through her policies and politics, the Trinamool Congress chief was quite competent in wooing the ‘vote bank’.

One, the Left and Congress were decimated despite forming an alliance. Two, BJP emerged as the chief Opposition. After Mamata Banerjee’s reign in WB, she has actively pursued minority interests.

Mamata Banerjee proposed a state-sponsored monthly stipend of Rs 2500 and “own land, own house” for each of the state’s “30000 to 40000” imams. Over the years, she has pursued this strategy. The Bengal chief minister has set up Haj houses. She has also initiated new campuses for Aliah University, sanctioned 400 madrasa hostels, and introduced scholarships for Muslim students.

Read more: What Is The Kashmir Issue And How It Started?

Her enthusiasm has often led to decisions that drew criticism from the courts. The Bengal chief minister has been criticised by the Calcutta  High Court for trying to “appease the minority section of the public at the cost of the majority section without there being any plausible justification”. Her attempts to prevent the BJP from holding a rally in the state has been quashed.

However, one person was killed and at least eight were injured in incidents of violence in parts of West Bengal during celebrations on Ram Navami. Right-wing groups organised armed processions in parts of the state.
Banerjee claimed that the people of West Bengal “got scared” on watching such rallies. “This is not the culture of Bengal. They are doing business in the name of religion and maligning the religion,” the chief minister said. She added: “I allowed the peaceful rallies. But no one was given permission to rally with guns and swords in the name of Ram and enter the locality of other communities to harass or murder them.” She further commented on how those who indulged in such hooliganism are trying to defame Hinduism.

In recent times although after having worn the hijab and reciting the Quran and bent over backwards to appease the Muslims, the CM has now turned her attention to appeasing the Hindu but that is not out of any new-found love for the majority community but has been triggered by the realisation that the Bharatiya Janata Party (BJP) is fast gaining ground in Bengal and her politics of minority appeasement has not gone down well with a substantial section of Hindus. Banerjee is extremely worried over the BJP’s gradual success in consolidating the Hindus.

Mamata Banerjee deciding on playing the Hindu card by observing Ram Navami this year is one strong move. This is significant because she had strongly opposed the celebration of Ram Navami by the BJP last year. However, this year she has instructed her party leaders and workers to take out rath yatras to mark the birthday of Shree Ram. However, the CM has traversed far too down the road of appeasement for the Hindus to forget her stringent decisions imposed on them.

Over the past five years, restrictions were imposed by the TMC government on celebrations of Saraswati Puja and Durga Puja in certain places while the minority community celebrated and observed all their festivals and religious occasions without hindrance. Temples were attacked as the state government looked the other way. Hindu homes and establishments were attacked by Muslim mobs but no action was taken against the culprits. These incidents are still fresh in the memory of the Hindus and it would take a lot more on Banerjee’s part to prove it to the people that her interests and intentions are genuine.

Secularism ideally means appeasement to none but secular parties over time have been at fault for treating minorities as vote-banks. Until the aggressive politics of majoritarianism came to the national
mainstream, such vote-bank politics did pay a political dividend but the BJP could exactly pitch itself in such a political environment utilising the growing resentment towards the TMC in the state of WB.