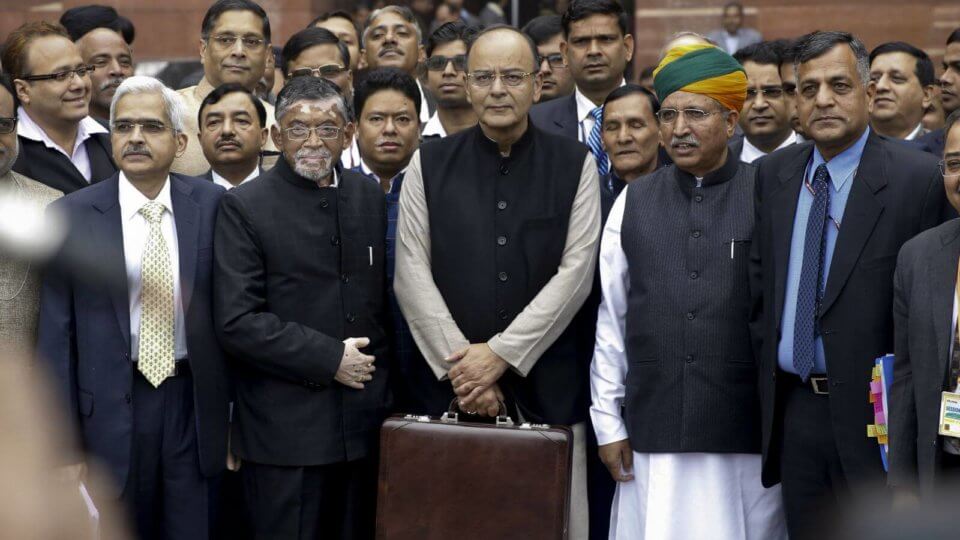 With the General Elections a year away, the Union Budget 2018-19 is the last full year budget which was presented by the Modi Government. While it is a given that the elections will have a substantial implication for Mr. Jaitley, the budget seems to have ushered in a shift in allocations, with a view to targeting domestic issues. From focusing on agriculture, healthcare and education to not tinkering with the tax slabs to give the middle classes some relief, the budget packs in a punch aimed to cover many sectors.

Find below the sectors which were the benefited most in Union budget 2018.

Why Agriculture Sector was the beneficiaries of Union Budget 2018?

The agriculture sector was one of the most important beneficiaries in this year’s budget. It would seem that the government has taken into account, the various farmer agitation which took place in the country over the last year as it announced some big policy decisions. The Minimum Support Price (MSP) of all Kharif and Rabi Crops is set at one and a half times the production of the crops. The Rabi crops of the current season would be the first of the cycle to be entitled to the reform. However, there is no clarity yet as to how would a base price of production be determined, considering the unique and specific situations in various states.

A corpus of Rs 10,000 crores has been allocated to allied sectors like fisheries, aquaculture and animal husbandry. The second important measure is the introduction of the Agri-Market Infrastructure Fund, with an allocation of Rs 2000 crore, for the development of Agriculture markets.

Another Rs 500 crore has been allotted to ‘Operation Greens’ which is aimed at addressing the price volatility of perishable commodities and also to promote Farmer Producers Organisations (FPOs), agri-logistics, processing facilities and more. The budget aims to encourage organic farming, women self-help groups, and cultivation of highly specialised medicinal and aromatic plants.

The budget also aims to raise institutional credit for agriculture to Rs 11 lakh crore for 2018-19 (up from Rs 10 lakh in the current fiscal). Companies registered as farmer producer companies with a turnover of Rs 100 crore and above will attract a 100% tax deduction.

Right at the outset, it is abundantly clear that the budget attempts to address the many issues faced by farmers in various regions of the country. In the aftermath of farmer protests and suicides which also prompted loan waivers in states, the shift in gears to concentrate on the Agricultural sector is a welcome as well as a strategic step.

Why Healthcare Sector was the beneficiaries of Union Budget 2018?

The next big priority addressed by the Finance Minister is the healthcare sector. In an unprecedented move, the government has proposed to offer health coverage up to Rs 5 lakh per family for secondary and tertiary care hospitalisation under the new National Health Protection Scheme. 24 new Government hospitals are expected to come up in the country, making the proportion 1 hospital per 3 parliamentary constituencies. The scheme is expected to benefit 10 crore underprivileged and poor families, with an aim to cover 50 crore individuals. Another significant announcement is of the Ayushmann Bharat Programme, to provide comprehensive health care-including for non-communicable diseases and maternal and child health services-free essential drugs and diagnostic services. This year’s total budgetary allocation to the Health ministry 52,800 crores, an 11.5 percent rise over the Rs 47,353 crore allocated last fiscal.

The ambitious health scheme which is also referred to as ‘Modicare’ by some, has definitely struck the cord in the right direction. The details and implementation of the scheme are being worked upon, and it is likely to be rolled out during the year-end, which will definitely become a talking point for the election 2019.

While key areas such as health and agriculture have been given great focus, the commoner in the country has no relief in terms of tax slabs. A standard deduction of Rs 40,000 has been announced in the budget. The benefit of the decision is likely to benefit at least 25-30% of the population.  However, with the levying of the new Health and Education Cess set at 4% with the aim to raise Rs 11,000 crores is likely to affect the middle class. Senior citizens too are set to benefit from the budget, with a hike in the amount of exempted tax on interest income from bank deposits. The previous cap of Rs 10,000 is now raised to Rs 50,000. A proposal has also been made to raise deduction under health insurance premium under Section 80D of the Income Tax Act to Rs 50,000 from the current Rs 30,000. The government also plans to extend the duration of the Pradhan Mantri Vaya Vandana Yojana up to March 2020. The existing limit to the scheme of Rs 7.5 lakh is also being hiked to Rs 15 lakh.

While the budget is definitely aimed at consolidating ground for 2019, the populism angle is restrained when it comes to the taxpayer. The government attempts to remain prudent and watchful of the way in which GST shapes up, and has managed to save the taxpayers from peril as such.

Focus on quality education in Budget 2018 –

The budget has stressed on education, with various outlays and schemes aimed at strengthening the sector. The most prominent step is the announcement of 1000 fellowships to bright individuals in IITs, in order to prevent brain, drain from the country. The Finance Minister also stressed on improving the quality of education in schools and hinted at the greater role which technology can play in improving the current standards. An integrated B.Ed programme to improve the quality of teachers has also been introduced. The Eklavya Schools were also introduced in the budget 2018, to cater to every block with more than 50 percent ST population and at least 20,000 tribal people by 2022. Two new full-fledged Schools of Planning and Architecture. Eighteen new Schools of Planning and Architecture will also be set up in the IITs and NITs are also proposed to be set up. The Revitalising of Infrastructure and Systems of Education (RISE) program is on the cards too, which will be rolled out by 2019.

The bid to bring education back to into consideration is a welcome step. However, there is little relief in terms of education loans, or fees of school going children. School education has got a significant share of Rs 50,000 crore from the total outlay for education. The last full year budget of the Modi Government presented by Arun Jaitley comes at a crucial juncture with big-ticket reforms preceding it and the elections which approach the government. With a large push to key areas of reform, an attempt to comprehensively cover all sectors and beneficiaries and most importantly the final attempt to keep their promise of a buoyant economy, the Budget is cautiously populist. With many ambitious projects in the pipeline and not much time on hand, the BJP led NDA government will have to fast-track the speed of implementation in order to really cash in the benefits.