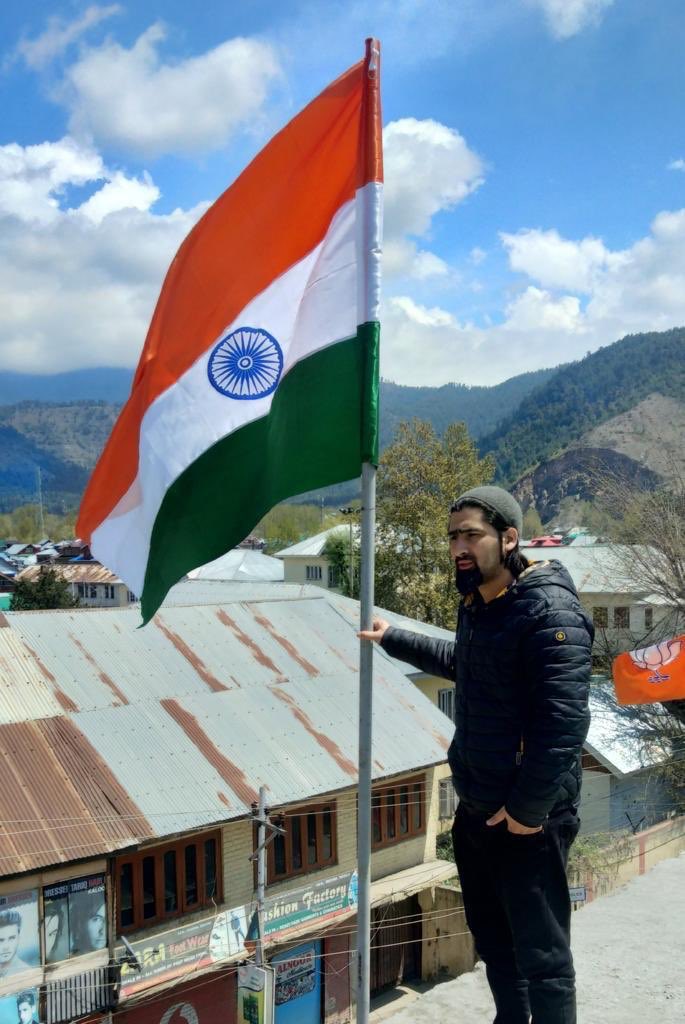 A senior Bharatiya Janta Party (BJP) leader and his father and brother were shot dead on Wednesday by suspected militants in north Kashmir’s Bandipora area. According to the government officials, the three men suffered multiple bullet wounds to the head. Police sources said, BJP leader Sheikh Wasim Bari (38), his bother Umer Bashir (30) and father Bashir Ahmed (60) were killed outside a shop owned by the family. Umer and Bashir were also believed to share Bari’s BJP affiliation.

The attack coincided with the fourth death anniversary of Hizbul Mujahideen militant commander Burhan Wani, which was marked by a commemorative shutdown in parts of Kashmir. Police said they had launched a massive cordon-and-search operation at and around the site were the crime took place. Bandipora chief medical officer Bashir Ahmed Khan said the trio was brought dead to the district hospital around 8:45 pm. “The post-mortem examination has been completed and so have the legal formalities. We have handed the bodies to the Police now”, he added. “Almost all the firearm injuries are in the head area”. According to J&K BJP state spokesperson Altaf Thakur, Bari had served as the president of the party’s Bandipora unit as of Wednesday, Bari was the state executive member of the J&K BJP unit. He was also heading the party’s training department for fresh recruits. “This is just the frustration of the militants who are being killed on a daily basis by security forces. We will continue the mission that was undertaken by the three BJP men who got martyred today”, said Thakur. Bari’s younger brother was a member of the BJP youth wing, while their father was an active member of the party and had earlier served as the Vice-President of the BJP’s Bandipora unit. “Wasim Bari had helped thousands of people through schemes launched by the BJP government under the leadership of Prime Minister Narendra Modi and that irked the militant groups here”, Thakur added.

Jammu and Kashmir Director General of Police (DGP) said the family had a component of eight security personnel, however, none of them was present at the time of the attack.

Shocked and saddened by d killing of young BJP leader Wasim Bari and his brother by terrorists in Bandipora. Bari’s father who is also a senior leader was injured. This despite 8 security commandos. Condolences to d family. pic.twitter.com/hAKnOudaxj

“Sorry to hear about the murderous terror attack on BJP functionaries and their father in Bandipora earlier this evening. I condemn the attack. My condolences to their families in this time of grief. Sadly the violent targeting of mainstream political workers continues unabated,” Abdullah tweeted.

Sorry to hear about the murderous terror attack on the BJP functionaries & their father in Bandipore earlier this evening. I condemn the attack. My condolences to their families in this time of grief. Sadly the violent targeting of mainstream political workers continues unabated.

“Terrorists fired on BJP worker Wasim Bari at Bandipora,” the Kashmir zone police tweeted. “During indiscriminate firing Wasim Bari, his father and brother got injured and were shifted to the hospital but later succumbed to their injuries.”

Over the telephone, PM @narendramodi enquired about the gruesome killing of Wasim Bari. He also extended condolences to the family of Wasim.

The Jammu and Kashmir police, in unprecedented action against its own, have placed 10 cops in custody following the attack of the BJP leader and his family members. The policemen in custody were assigned as personal security officers (PSOs) to Wasim Bari. The BJP Yuva Morcha had called a demonstration in front of the Jammu Press Club this morning to protest against the attack.

Rising cases of violence in the Valley :

The situation in Jammu and Kashmir has been fragile since the last few months as the attacks on party workers and government officials has been increasing. Last Month, a 40-year-old Kashmiri Pandit Sarpanch was killed by militants in South Kashmir’s Anantnag district. Congress member Ajay Pandita, who was the head of the Lukbawan village in Larkipora, was attacked in his orchard. Following this, a civilian, Bashir Ahmed was shot dead in Sopore in front of his grandson during an encounter between Security Forces and Terrorists. Three year old Grandson said that his Grandfather was killed by the Police, but it’s still unclear that Bashir was shot by Terrorists or Police. Over the last two years, the militant groups, Lashkar-e-Toiba has split into two factions: Al Mansurin and Al Nasirin. Another new group reposted to have emerged in the “Save Kashmir Movement”.