Is Modi government trying to win a lost match with SC/ST Act amendment? 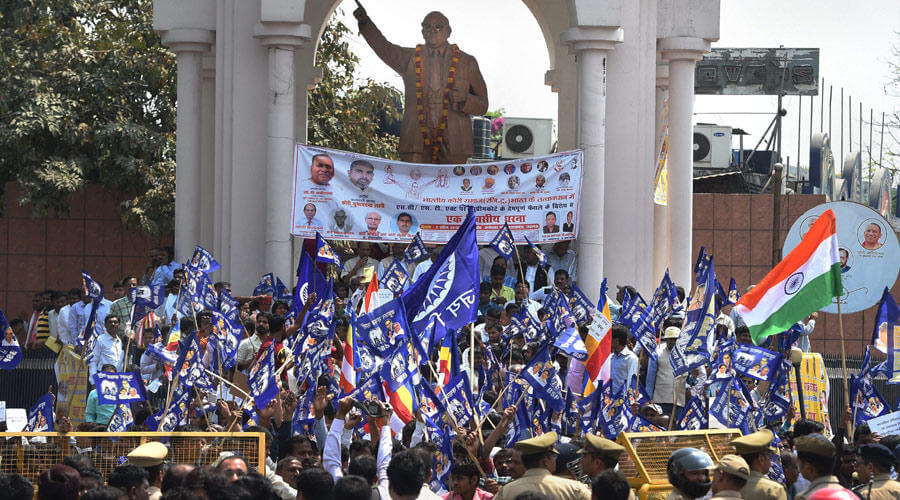 Since Modi government came to power in May 2014. The opposition has been continuously attacking the government on the issues related to SC/ST community. The opposition parties have put all of their effort in convincing the communities that the Central government is acting against them. Also, the NCRB data backs opposition’s allegations which shows an all-time increase of incidents against the Dalits, mostly in the BJP ruled states. Here let’s try to understand what is Sc/st amendment bill and is Modi government trying to win a lost match with SC/ST act amendment.

Be it the case of Rohith Vemula’s death or several incidents across the country against the Dalits, the opposition has tried to blame everything on the working and ideology of the central Government & the RSS. But most of the efforts were pushed forward by a message of blackmailing the communities that if they vote for the BJP then their existence and rights in the country would be In danger. 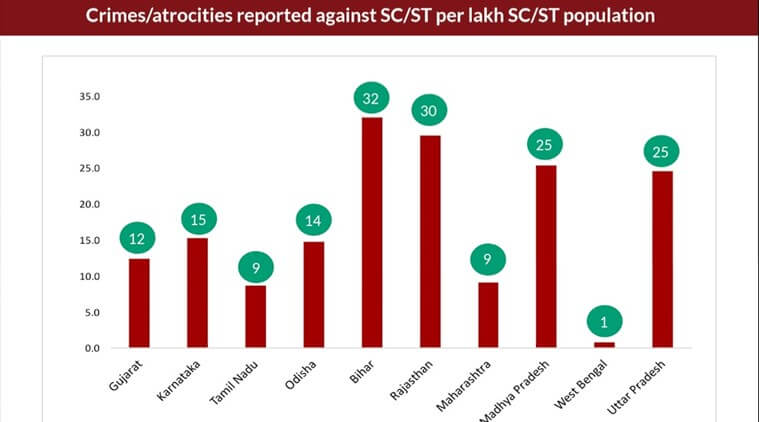 The Central government and the BJP has always been in the mode of defense when it comes to the question of Dalits and tribes and they have not been able to attain an attacking position in this position. Active communication with the leaders of Dalit community by the opposition has somewhat changed the mind and views of the community towards BJP. Incidents like Saharanpur violence in 2017 and by the start of 2018 many incidents took place in the country which offended the Dalit community including the clash on 1st January 2018 at Bhima Koregaon. The failure to control the situation by the BJP led government in Maharashtra sent a negative message to the community.
A fuel to this fire was added when on 20th March 2018, Hon. Judge of Supreme Court, Justice A.K Goyal passed a controversial yet historic judgment which explained the procedure of arrest in the cases filed under the SC/ST ACT. 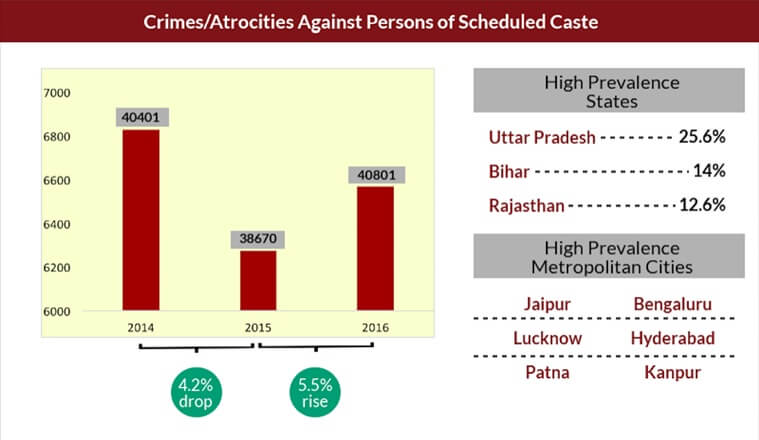 The judgement barred immediate arrest of the accused without an investigation.The opposition jumped in and made this an opportunity to target the Central Government and secure it’s Dalit ‘Vote Bank’, stating the government’s argument in the Supreme court as ‘intensionaly weak’. Dalit communities and organisations protested openly against the court’s decision throughout the country and demanded an immediate amendment in the ACT.
But the Central government, confused between securing it’s upper caste vote bank and wooing Dalits, cannot come to a decision. Though the government promised the Scheduled communities of adressing their demands soon.
Since then ,dalit leaders of NDA parties mainly Ram Vilas Paswan’s Lok Janshakti Party started to exert an internal pressure on the government of passing the resolution and making immediate arrest in the Act, a legal one. On the other hand, Dalit communities stood highly unsatisfied with the governments efforts and many organisations called for a ‘Bharath Bandh’ on 9th August 2018.

Read more – GST Report Card: How It Has Fared In A Year?

Seeing the attitude of their own member party of NDA including Paswan’s LJP and the commitment of Dalit pressure groups, Modi government though late but has promised them to pass the law during the on going session of the parliament. Since this promise has been made Dalit leaders seem to be happy but are criticizing the government for it’s delay. On the other hand, the ‘Upper Caste’ community which was happy and satisfied with the judgement has now started drifting away from the Modi government after their decision of nullyfying the court’s decision through an Amendment bill.
The amendment seeks to insert Section 18A in the SC/ST (Prevention of Atrocities) Act. According to this new Section, a preliminary enquiry won’t be there required to conduct a preliminary inquiry before an FIR is to be registered. According to the Bill, any provision for conducting preliminary inquiry will delay the investigation and thus filing of the chargesheet.According to a report by CNN News18 “The provision of Section 438 of the CrPC (anticipatory bail) shall not apply to a case under this Act, notwithstanding any judgment or any order of any court,” states the proposed law.
Even if the bill gets passed,many questions still stand.LIke,Has Modi government lost this Match and oppositions has succeeded in portraying BJP as against the Dalit communities? Is BJP fighting a lost battle against the opposition, for the sake of Dalit votes on the cost of their core Voters I.e the ‘Upper Caste’ Hindus? Only time can tell the answer but for the time being BJP government is trying to lure Dalit voters.
To counter the opposition, BJP earlier has too surprisingly made Ram Nath Kovind as president to get the support of Dalit community. With this amendment in SC/ST act, we can certainly say BJP will gain from this whole scene will be restoring the fruitful relationship between Paswan’s LJP and NDA with the rise of Paswan’s position in the alliance.
What will be the impact of SC/ST act amendment, let us know in the comment section.
Post Views: 254
Also Read -   ब्रेकिंग न्यूज़ - केंद्र सरकार ने राजीव गाँधी फाउंडेशन का FCRA लाइसेंस किया रद्द