Meghalaya Elections 2018 – Is BJP all set to expand its footprint in the North East? 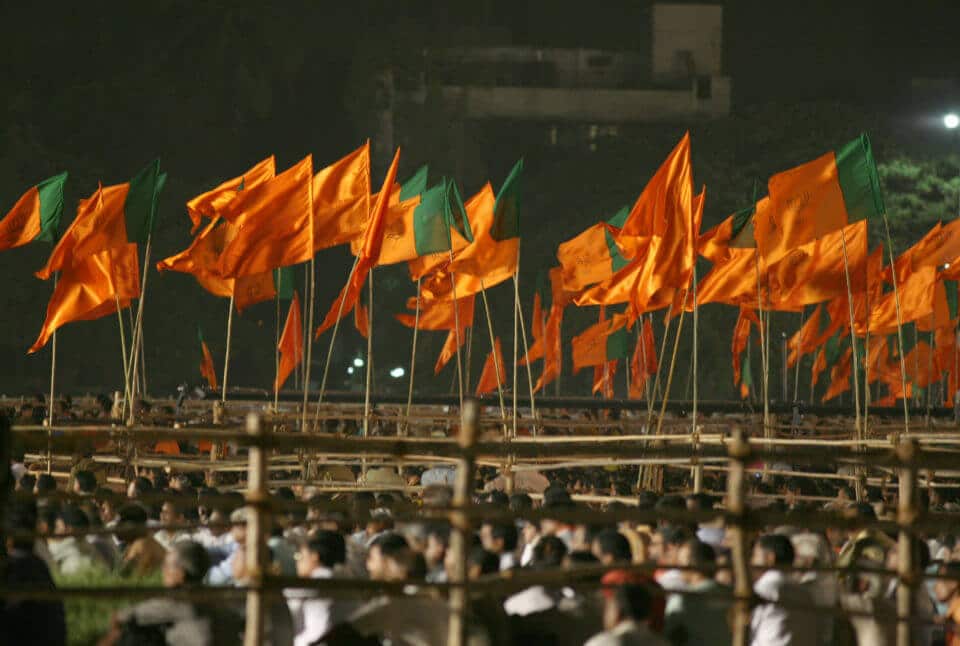 The Year 2018 holds special significance, as it is not only the year which will set the tone for the Indian General Elections of 2019, but will also see some key states going for their legislative elections. The first in the order, is the Meghalaya assembly elections, which is scheduled to go for polls in February 2018. With a history of electing the Congress government and with an incumbent Congress Chief Minister, Meghalaya elections 2018 would be watched closely for, Bharatiya Janta Party is making all attempts to breach the traditional voting patterns and increase their footprint in the north-east region. Here’s all that you need to know, about the first poll bound state.

All you need to know about Meghalaya elections 2018:

The 9th elections for the Legislative Assembly of Meghalaya were held in the year 2013, where the Indian National Congress won 29 out of the 56 seats, a vote share of 54.78% with Mukul Sangma as the chief minister. The NCP is the only other national party who managed to pave way into the assembly with 2 seats. While the BJP contested 13 seats, they did not manage to secure a single win, but did manage to secure 6.2% of the vote share which is more than the NCP’s 5.4%. The rest of the assembly is dominated by regional parties, namely the Hill State People’s Democratic Party with 4 seats, the United Democratic Party with 8 seats, the National People’s Party with 2 seats, and the Garo National Council and the North East Social Democratic Party with a seat each. “Another interesting fact about the 56-member assembly is that 13 of its members are independent candidates.”

Read More: The Road Ahead For BJP In Gujarat After Assembly Elections 2017

A shaky administration has been the defining point for Meghalaya elections since the time of its first assembly polls in 1971, when it became an independent state from Assam. Instances of appointing chief ministers via lottery, a coin toss deciding  which of the two alliance partners would rule first, an independent MLA trusted to be a chief minister, are testimonies to the fact. The 56-member Assembly has been under the President’s Rule twice during its 42 years “of existence, owing to horse trading on both occasions.

“With the exception of Salseng C Mark (February 19, 1993 – February 27 1998) and now Mukul Sangma of course, no chief minister of the state has managed to achieve a full term in office.”

In addition to the precarious situation, Meghalaya is no stranger to the experiments of coalition politics and has seen various combinations of regional and national parties coming together to establish some order. The state also faces serious issues in terms of the threats posed by the United Liberation Front of Asom and the National Democratic Front of Bodoland. The State now faces a three-way contest, with Congress looking to fight tooth and nail to retain control of the state,  Bharatiya Janta Party leaving no stone unturned to make inroads in the state and the regional parties willing to build upon the connect to the electorate

Slow pace of development will be the main issue of Meghalaya elections 2018:

Being in the centre of a fragile ecosystem, with lack of connectivity, infrastructure, inadequate skill base and most importantly  scarcity of land, the state has always found itself to be in a fix when it comes to introduction of developmental projects from the start. The Sangma Government is facing tremendous anti-incumbency owing to the less than satisfactory work done in various sectors. The chief concern has been the underdeveloped connectivity due to lack of focus on the roadways. The power sector is also hit with a major shortfall, the unemployment rates are not being reigned in, and there is insufficient focus on the skill development amongst the youth. The state has experienced prolonged phases of jobless growth, where there has been an increase in the manufacturing sector, sustained however by fiscal incentives and numerous subsidies. The popularity of the chief minister has taken a nose dive, which is something that is bound to be encashed upon by the other interested parties in the state.

The Bharatiya Janata Party is taking all steps in order to woo the voters of the first north eastern state to go for polls this year. Emboldened by their recent performance in Gujarat and Himachal Pradesh, the party has pulled up its socks to set the tone of the campaign. Prime Minister Modi inaugurated a series of developmental projects in the state ahead of the elections, including the 261-kilometre-long 2-Laning of Shillong-Nongstoin Section of NH 106 and Nongstoin- Rongjeng Section of NH 127-B. The Union Ministry of Tourism recently announced a Rs 70 crore package for the development of religious places of worship in the state, though clarifying the fact that the move had nothing to do with the fact that the state was poll bound. Another 61.38 crore rupees have been sanctioned for the improving various facilities in 37 churches of the state, and 8.61 crore will be given to 11 other religious groups in the State.

Regional politics to play a role in Meghalaya elections 2018:

The state has a vibrant regional political parties’ engagement, with the United Democratic Party (UDP), the Hill State People Democratic Party (HSPDP), the Khun Hynniewtrep National Awakening Movement (KHNAM) and the Garo National Council (GNC) working in various pockets of the State. The newly formed People’s Democratic Front is yet another aspiring contender hoping to develop the state and channelize the aspirations of the people. With the apparent loss of ground for the Congress Party, it won’t be preposterous for the regional players to establish a coalition of sorts to take on the Congress and the BJP. However, the various past instances of infighting amongst the parties and a subsequent lack of focus from key issues won’t play well with the voters.

Also Read -   Everything you must know about Jan Arogiya Abhiyan

Can the BJP continue its winning streak by winnnng Meghalaya elections 2018?

The saffron party is going for an all-out extensive campaign to better its prospects in the north-east and the thumping win in Assam in 2016 has definitely bolstered its confidence. The region as a whole has always been on the radar for the top brass, as is evident from the various measures taken previously apart from the slew of grants and developmental projects that are coming up in the area. With an agenda of “ensuring speedy and all-round development” in the region, party chief Amit Shah is confident that the party will be forming the next government in Meghalaya and overthrow the current corrupt Sangma regime. A considerable number of important leaders from the Congress party as well as the other regional parties have shifted allegiance to the BJP ahead of elections, which has put the other parties in a fairly embarrassing situation. Most importantly, the Bharatiya Janata Party is looking to consolidate its presence in the State and is likely to put up a good fight by encashing upon the anti-incumbency.

The elections in Meghalaya will be closely watched, as they would set the tone for the entire election season that is to follow. The interest in the affairs of the north east have been gaining traction for quite some time now, and the outcome of this Meghalaya elections 2018 is sure to have a wide-ranging impact on the changing dynamics of the region as a whole.