The road ahead for BJP in Gujarat after assembly elections 2017 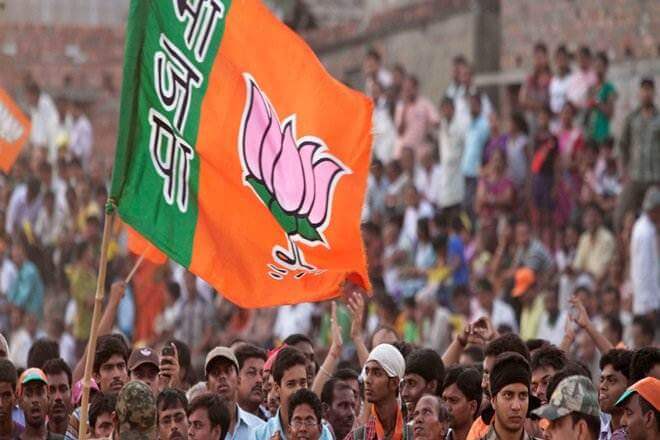 The election season of 2017 has now ended with Bharatiya Janata Party emerging victorious. They won both Gujarat and Himachal Pradesh assembly elections with a comfortable margin in both. In the process, they have also raised their tally of states to nineteen. The victory in both the states comes as a boost to Bharatiya Janata Party’s cadre before a string of elections scheduled in the next year. But there is a fine line of worry attached to this victory.
Though Bharatiya Janata Party retained Gujarat, for the first time since 1995 their tally came into a double-figure at 99 seats. This shows the effect of multiple factors that have plagued the Bharatiya Janata Party in the state since PM Modi went to Centre in 2014. These issues played a big part in reducing their seat tally in the polls and could have lasting impacts also. Here are the challenges need to be tackled by BJP in Gujarat.

Patidar Agitation is the main challenge for BJP in Gujarat –

One of the most haunting issues for BJP in Gujarat is Patidar agitation. The Patidar agitation which started in early 2015 has grown strong in the last year and a half. Hardik Patel being one of its main leaders and also poster boy has emerged with it.

In the Gujarat elections 2017, it was quite apparent that Hardik was assessed by BJP as a force to reckon with. They tried a couple of below the belt tactics to malign him but still failed miserably. Congress went on to winning majority of Patidar influenced seats in the polls. This is a clear sign of Patidars going away from the BJP in Gujarat.

One of the main factors of this was the handling of Patidar agitation by BJP in Gujarat. The then CM Anandiben Patel did not handle the agitation properly. She and her government failed to access the situation properly. There handling backfired with a lot of unrest following the police crackdown on protesters.

In all this, Hardik emerged as the leader of Patidars in Gujarat. Some even comparing Hardik with veteran politician Keshubhhai Patel. Hardik Patel campaigned with Congress in the recent Gujarat assembly elections 2017 as Congress promised reservation to them.

The next CM, (Vijay Rupani) has to handle this issue with soft hands and try and regain the trust of Patidar community.

The Anti Dalit image is a challenge for BJP in Gujarat –

Though this problem is not new to BJP in Gujarat. It is a problem to be addressed. It has been said that Bharatiya Janata Party is the party of upper caste for a long time now. BJP in 2014, with the help of PM Modi did manage to tone it down and gather support from them but lost it again in Gujarat. The Una incident, where youth belonging to Dalit community was publicly flogged by some upper caste people, left a deep scar on this repaired image. Since it has grown into a full-fledged problem for BJP in Gujarat.

Another young leader Jignesh Mevani emerged as the leader of this movement. He too has gone on to win a seat in assembly polls and will be a voice against the Bharatiya Janata Party in future. His colleague, Alpesh Thakor will also join him in the assembly as he too won election from his constituency.

Also Read -   What was Ambedkar's ideas on Caste system in Hinduism?

A lack of Strong Face for BJP in Gujarat –

Ever since the departure of PM Modi from Gujarat, BJP has struggled to project a strong face in the state. The appointment of Anandiben Patel did not quite work and his successor Vijay Rupani has also not done anything to brag about. Though Vijay Rupani did well in stabilizing the party and government after the departure of Anandiben, he still is not a mass face in the state.

With the emergence of Hardik Patel, AlpeshThakor and Jignesh Mevani, BJP in Gujarat need a face to take on these young leaders. In both public discourse and for last two in the state assembly as well. With the name of Smriti Irani also thrown in the mix for Chief Minister post in recent hours, it seems that people in BJP also thinks that.

Following PM Modi was not going to any task for anyone. He had set standards too high for his successor to achieve but the next Chief Minister will have to take that challenge. BJP in its manifest though remained quite conservative with not announcing much anything new.

It still carries quite a few challenging promises such as creating 30 lac new jobs in next few years for youth, building 60 lakhs new houses for poor and people with no homes and achieving 100% enrolment in schools along with dropout rate of less than 2%. These are just a few those promises. These in themselves are tall order to achieve and with people expecting delivery on them it is a quite an uphill task.

The Bhartiya Janta Party is yet to announce its Chief Ministerial for Gujarat. With news coming of Arun Jaitley being appointed as the observer for same.It is quite clear that they also know it is a quite a tedious work. The CM candidate will have an array of challenges to tackle, with the shadow of PM Modi and Amit Shah looming large. To find a candidate willing and able to stand up to such task is going to a task in itself. The Finance Minister now has work cut out besides from tackling the increasing NPAs and rising inflation. He is certainly not a happy man right now.