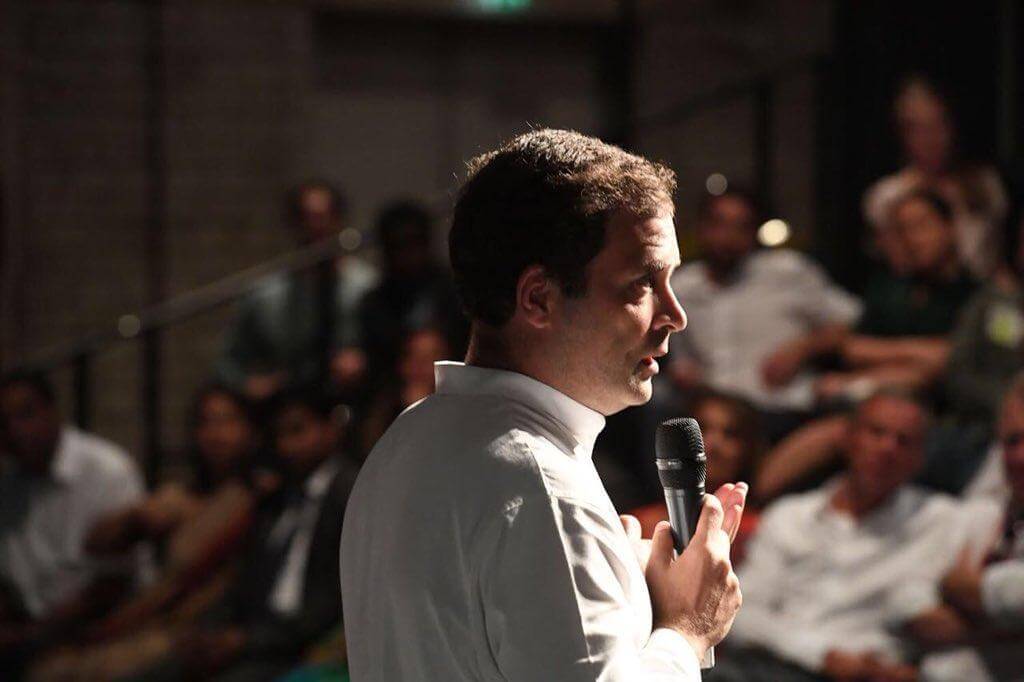 Congress President Rahul Gandhi’s recent visits abroad sparked a lot of controversy due to his attack on the present Modi led NDA government. He criticized the Modi regime on various grounds in few of the events held in Germany and the UK starting August 21st. The visit was depicted as an effort to reach out to the Indian community abroad which rightly pointed out has not been much of a success.

During his visit to the UK, he spoke at the Institute of Strategic Studies and the London School of Economics. He also had a meeting with the members of the Labor Party’s Shadow Cabinet and with various business leaders. Here, he blamed unemployment in India for lynching incidents, compared Rashtriya Swayamsevak Sangh to Egypt’s Muslim Brotherhood and accused it of changing the nature of India. Gandhi also attended the Bucerius Summer School in Hamburg, Germany and met the members of the German Bundestag, NGO’s & Business Leaders. Here is an overview of his most noteworthy remarks:

Rahul Gandhi on Friday, 24th August raised the issue of unemployment and stressed on the fact that India is facing a full-blown crisis. He also claimed that the government is refusing to address the matter. He compared China’s capacity to generate 50,000 jobs a day to India’s ability to create only 450 jobs.

Rahul Gandhi in this issue accused PM Modi of changing the contract of the multi-billion Rafale deal to aid an industrialist. Here is Decoding the controversy over the Rafale deal

Also Read -   FACT CHECK: Are the people in the Video tweeted by Rahul Gandhi to attack PM Modi Really "Ladakhis" ? 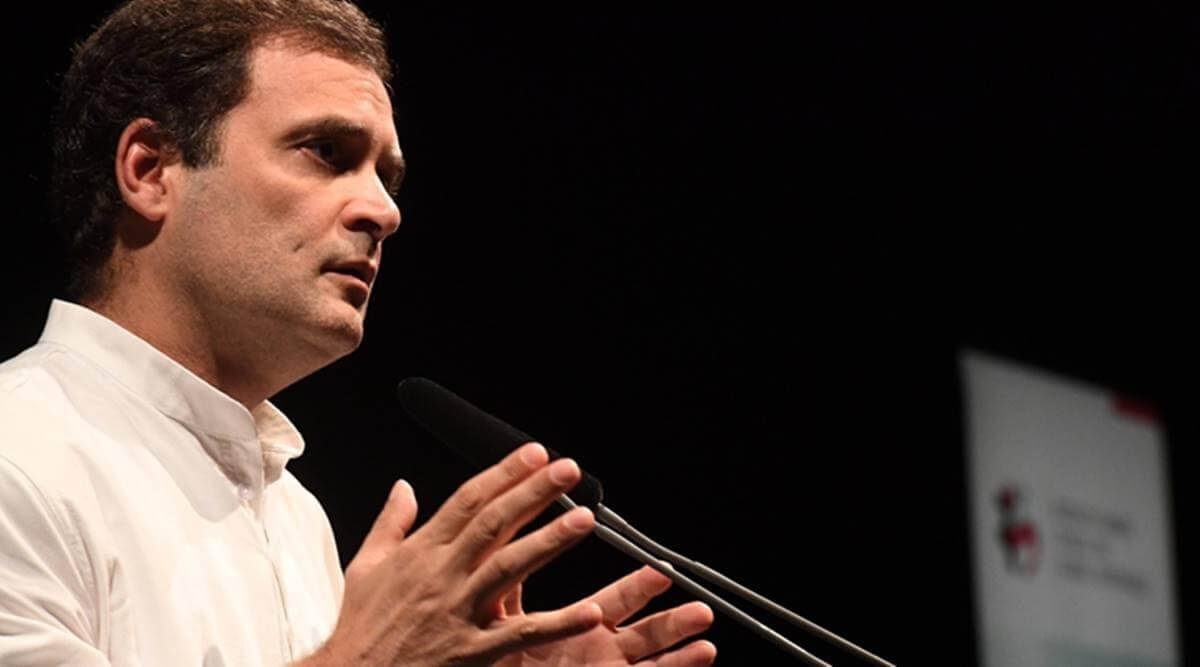 Rahul Gandhi also condemned the functioning of the RSS and compared it to the Muslim Brotherhood, an Islamist group of Egypt. He emphasized on how the RSS wants a single ideology to prevail over every institution and crush all other ideas.

Rahul Gandhi on 2019 Lok Sabha Elections and his candidature:

Gandhi said that the 2019 elections will be contested between the BJP and the opposition alliance consisting of every opposition party in the country because of the “systematic attack” on all the Indian institutions by the present government. On being elected as the next PM, he said, he does not see such visions. He currently views himself as the defender of the ‘Indian way’ of doing things and wants to fight the ideological battle. Also, participate in our 2019 opinion poll and let us know which party you will vote 2019 elections.

On this, Gandhi criticized Modi for not carefully stopping this event from happening and for treating it as an isolated issue.

As the National Registry Citizens list of Assam is being updated for the first time since 1951, Gandhi stated that he agreed with the policy since this was initially an idea of the Congress but condemned its process of implementation. Here is what will be the effect of NRC on 2019 elections. 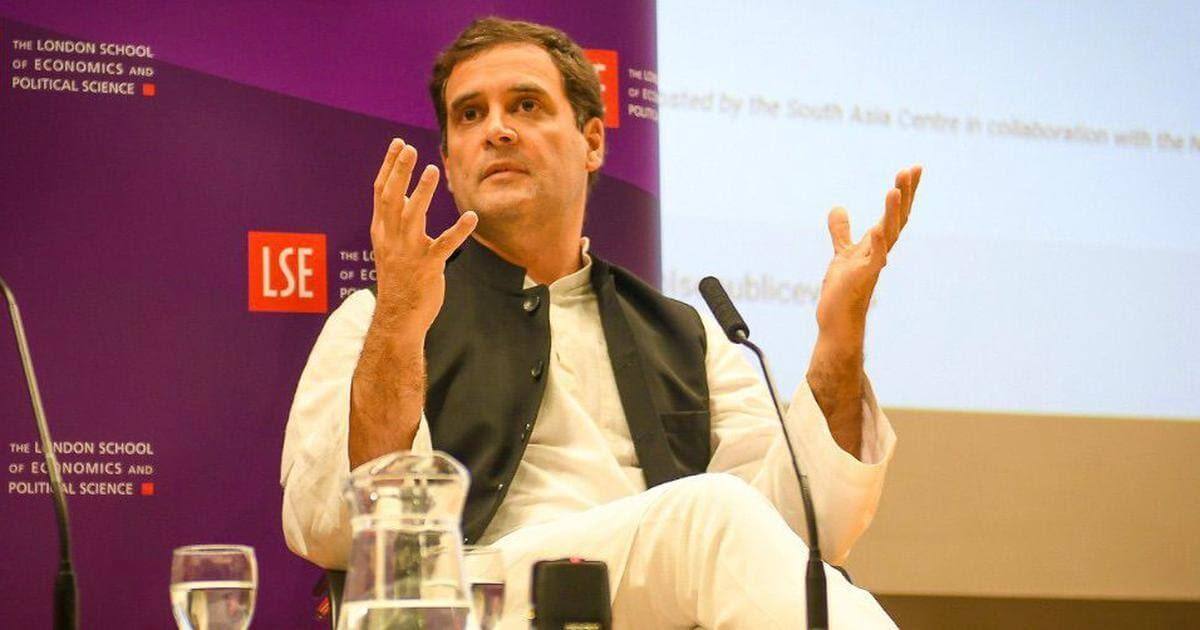 Rahul Gandhi also spoke about the issue of the Women’s Reservation Bill and India-Pakistan relations during the events. Despite all these statements, he received massive criticisms for stating that Congress had no role to play or any involvement during the Anti-Sikh Riots of 1984, subtly implying that youngsters are drawn to terrorism due to unemployment. He also allegedly tarnished the image of the country by blaming the country’s culture for violence against women. The BJP soon pounced upon Gandhi and attacked the Congress president as well as the party for his statements. A complaint was filed against Gandhi in a court in Muzaffarpur seeking registration of a case against him for defaming the country’s image. The complaint was filed by advocate SK Ojha and the date of hearing is on the 4th of September.

Also read – Women’s Reservation Bill: Does it abide by our democratic values?

Though praised for his impromptu answers during the events, it had the probability to upset the Congress plan. Gandhi managed to make little sense, by converting the topic of conversation, from the title “India’s economic growth and foreign policy in an uncertain world”, to an electoral promotion of himself and his party. He absolutely failed to talk about India’s current position on its foreign relations with Pakistan and Russia and about the NRI status. His ignorance on the Anti Sikh riots was rather derogatory, given direct involvement of Congress leaders are in public records. The answers to the questions were overwhelming and people didn’t get the specifics they were looking for. It is understandable that this is politics and Gandhi has the right to criticize and challenge the government’s policies but the place of this discussion just seemed wrong to many countrymen. To see senior Congress leaders come to his rescue again, for his statements, does not portray him in a good light. This once again makes the people question whether he can hold authority on his own or not. All he could successfully manage to do is get under the skin of the BJP and the Prime Minister’s office.

He managed to get the attention of the people abroad as well as the country’s, but it remains doubtful whether this will positively affect the electorate in his favor.