Here are the challenges Nirmala Sitharaman could face as Defense Minister 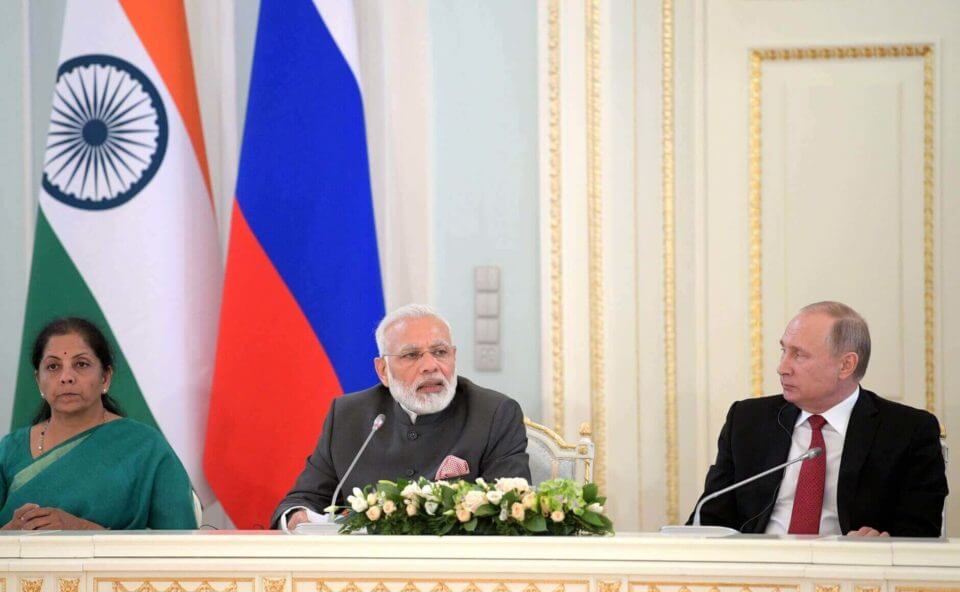 Before going to see the challenges Nirmala Sitharaman could face, look up her early life.

This move surprised many political spectators who had never witnessed an oath – taking of a woman for the portfolio of Defense.

Sitharaman was born on 18th August 1959 in Madurai. She did her graduation from Seethalakshmi Ramaswamy College, Tiruchirapalli and Post Graduation in Economics from Jawaharlal Nehru University, Delhi. She gave her PhD dissertation on the topic of Indo – European Textile Trade.

Her first stint with politics was when she was appointed as a member of the National Commission of Women in 2003 under the governance of Atal Bihari Vajpayee. Her brief tenure there ended in 2005, after which she joined Bhartiya Janata Party in 2006. Her hard work, knowledge, and intellect were such that she was made the BJP Spokesperson in 2010.

On May 26, 2014, Nirmala Sitharaman took the oath as the Minister of State (Independent Charge) Commerce and Industry under the cabinet of Narendra Modi. Prior to the Cabinet Reshuffle, she was assigned the task to handle the Ministry of Finance and Corporate Affairs.

Sitaraman was reckoned to be the most logical and intellectual orator when she worked as a spokesperson for BJP. Sitaraman would now be the second woman in the hallowed group of Cabinet Committee on Security besides Sushma Swaraj.

She is one of the founding directors of a school in Hyderabad named Pranava. After taking up her role as the minister of commerce Nirmala Sitharaman was consistently putting up India’s views at the WTO.

Challenges that Nirmala Sitharaman would face –

Considering the fact that both eastern and western fronts are on high alert, this role will be challenging for the new defense minister. But, she will have bigger challenges of gender discrimination and attracting FDI. After long legal battles for equality, women still constitute a miniscule minority. Overall, there are just about 3,500 women among the 62,000 officers in the almost 14-lakh strong armed forces. From a poor natural defense production sector to lack of higher defense management reforms, Nirmala Sitharaman will have to tackle them all. The collusive China-Pakistan threat will also be one of the biggest challenges that Sitaraman will have to face as the terrorists have been launching a series of audacious attacks on security forces in Jammu and Kashmir.

In the past few years, India has indulged in many conflicts with its neighborhood country Pakistan. On 18th September 2016, the Indian Army Brigade headquarters at Uri was attacked by militants resulting in the death of 19 soldiers. The attack was driven due to the killing of Hizbal Mujahideen commander Burhan Wani in an attack with the Indian Army, resulting in a state of extreme unrest in Kashmir that prevailed for two months. Ten days after the attack, India retaliated by carrying out a military raid in the Pakistan occupied Kashmir targeting launch pads along the Line Of Control.

The terrorist attack on 2nd January 2016 in Pathankot Air Force Station was also condemned by the Indian government. This particular attack led to a breakdown in the India – Pakistan relations.

China is another neighbor country which has been in conflict in India, every now and then. Doklam is an area that lies between Tibet’s Chumbi Valley to the north, Bhutan’s Ha Valley to the east and India’s Sikkim state to the west. It has been shown as part of Bhutan in the maps of Bhutan since 1961, but China also claims it. Even after many rounds of border negotiation between Bhutan and China, the dispute is yet to be resolved. The area is strategically important for all the three countries.

Indo-China Standoff at Doklam was started at 16 June 2017. China started construction of a road in Doklam, breaking the status quo, which is claimed by China and India’s ally Bhutan.

In Pre-June agreements, they decided for a status-quo at Doklam. But the Chinese government broke the status quo, and as Bhutan is the biggest strategic ally & protectorate country of India, Indian Forces went to Doklam on behalf of Bhutan. This was considered to be aggravating into a war. But before the state of war could arise, both the countries took back their troops from the area of Doklam on 28th August 2017.

As she boldly takes up this role, Sitharaman faces a huge challenge of making the Indian armed forces “fit for war”.

Sitharaman’s stretch as the minister of state, commerce and industry will be useful towards unlocking the potential of defense manufacturing in India to create jobs and bring in foreign investment which is a positive sign.