Gujarat Assembly Elections 2017: Are the parties keeping their stakes high? 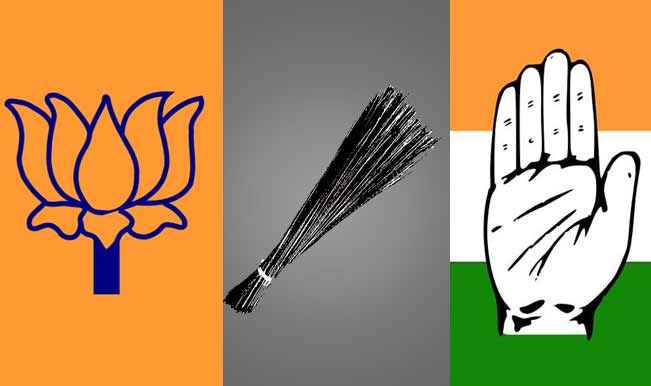 Having taken over the charge of the Congress in poll-bound Gujarat, former Rajasthan Chief Minister Ashok Gehlot is all set to tread a path full of Herculean challenges. Given the multiplicity of tasks that Gehlot needs to perform to bring the party back to power, this is not going to be easy. Gehlot will be facing a lot of challenges both within the party as well as from outside when the politicking starts picking up before the high-profile elections. Let us look at the challenges faced by Ashok Gehlot and Congress.

The big challenge for Gehlot, according to observers, remains the cash-rich BJP and the cash-strapped Congress. It is being pointed out that over the years the support base of the Congress among the industrial and business class in Gujarat has eroded considerably and has moved towards the BJP. This is the segment that provides electoral funds and elections in Gujarat are not an ‘austerity affair’. Money has a lot of roles. It is being pointed that with its rich coffers the BJP makes a big show of everything. Every event of the BJP towards the elections is a gala affair and the intensity goes on increasing as the polls approach. But the Congress stands nowhere when it comes to matching this showmanship and splendor. On the political front, Gehlot will first have to put his house in order by sending out a strong message to the warring factions within the party.

The BJP plans to contest the 182-seat Gujarat Assembly Elections 2017 with development as the main political plank. But the Opposition seeks to expose the BJP’s development agenda. The BJP’s rivals have launched a social media campaign to attack to depict shortcomings in the ruling party’s claims. Gujarati hashtag ‘Vikas gando thayo che’ (Development has gone crazy) has caught the attention of the BJP’s opponents. Despite the Opposition’s aggression, the BJP is going ahead with its plan to showcase development as its main agenda. In the recent weeks, two events took place which BJP would use to bolster its claims. Prime Minister Narendra Modi and his Japanese counterpart Shinzo Abe on September 14 laid the foundation for the country’s first bullet train which would run between Ahmedabad and Mumbai was held. Three days later on his 67th birthday, PM Modi dedicated the Sardar Sarovar Dam to the nation.

The former leader of opposition in the Gujarat Assembly Shankersinh Vaghela, who recently quit the Congress, joined Jan Vikalp on Tuesday. It is a front formed by his supporters in the poll-bound state. Vaghela was instrumental in the rebellion by Congress leaders ahead of the Rajya Sabha elections last month. He quit the Congress and so did 13 party MLAs, 10 of whom joined the BJP. 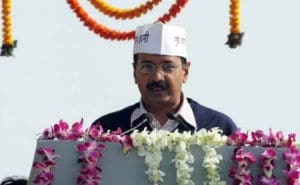 The former chief minister is likely to target the Congress. This will harm the principal opposition party in the Assembly elections. Delhi Chief Minister Arvind Kejriwal-led Aam Aadmi Party (AAP) has also decided to contest the upcoming Assembly elections in the state. It will formally launch its campaign in Ahmedabad on October 2, Gandhi Jayanti. The event was earlier scheduled to be held on September 17. However, AAP alleged that it did not get the permission in view of Modi’s birthday celebrations on the same day. Maratha strongman Sharad Pawar-led Nationalist Congress Party (NCP) has already announced that it would contest about 70 seats in the upcoming Assembly elections in the state. NCP was one of Congress’ significant allies during the 10 years of UPA rule at the Centre.

However, the alliance between the two parties fell apart during the last month’s Rajya Sabha election when two NCP MLAs in the state voted for the BJP.

With Vaghela’s front, AAP and NCP in the fray, the Congress is likely to be the biggest loser.

This was all about what challenges Congress will face in the upcoming elections. Now let us see from their rivals’ perspective.

BJP would love to continue their dominance in the state: 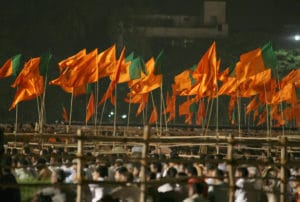 BJP president Amit Shah defied convention on Gandhi Jayanti when he announced in Porbandar at a party rally that the Gujarat assembly election 2017 is scheduled for the first week of December. Shah, while announcing the elections, focused on the “Gujarat model of development” and attacked Congress scion Rahul Gandhi for not being able to see this reality because of his “Italian glasses”, a direct – if somewhat tired – reference to Congress president Sonia Gandhi’s country of origin. At a time when the Congress is banking upon perceptible anti-incumbency against the BJP, and the BJP’s support from among the state’s dominant communities is dwindling, Shah’s opening comment struck observers as being overly defensive.

Things were different for the BJP while it had the advantage of the cult that Modi had built for himself as the longest serving chief minister of the state. However, after he became the prime minister, the BJP has been facing trouble as far as its state leadership is concerned. Modi’s chosen successor, Anandiben Patel, was abruptly removed amidst charges of corruption and highhandedness. Saurashtra leader and RSS loyalist Vijay Rupani were handed over the mantle to stem the opposition, but most BJP insiders agree that Rupani, a low-key leader, hasn’t been able to consolidate and control the volatile political ground.

However, making things difficult for the BJP is a resurgent Congress, which has, unusually, hit the election mode ahead of the saffron party. Rahul Gandhi’s tour of Saurashtra, which is also a Patidar stronghold, in the last week of September, and him choosing to visit constituencies where his party has historically performed poorly, signal a positive outlook within the party.

Gandhi did well in the optics game too. In all his speeches, he targeted the Rupani government for failing to procure groundnut and cotton – two significant cash crops in Gujarat – on time. Poor procurement by the state government resulting in a steep fall in crop prices has led farmers – belonging mostly to dominant OBC communities – to agitate over the last few months. At the same time, he attacked the Modi government’s hasty implementation of the goods and services tax to cut some ice with traders, who form a significant population in Gujarat and have historically supported the BJP but have been protesting against GST of late. Since unemployment has become a huge issue, especially after the implementation of GST, Gandhi made it a point to interact with sections of youth and women. In order to diffuse the BJP’s image as the only Hindu force, Gandhi also visited important Hindu shrines of Saurashtra.

Also Read -   4 years of Modi government: What middle class has gained or lost?

One of Gandhi’s aides told that the anti-incumbency sentiment against the BJP is quite perceptible on the ground, but the lack of a credible state-level leadership is holding the Congress back. An Ahmedabad-based RSS worker, who did not want to be named, told that the BJP will lose a significant section of its votes among the youth and that GST to has hurt the party a lot. “That is why,” he said, “the party is thinking of focusing on issues which will address the concerns of people above 35 years of age and simultaneously create a Modi hawa before polls.”

It needs to be pointed out that the three major agitations in Gujarat against the BJP in the state, over the last two years, have been led by youths. These were

– The movement for Dalit rights that was led by Jignesh Mevani.

Further, there is a rising tendency within the party to field new and young faces from these communities so that the Congress is able to gain new ground in areas where it has been doing poorly.

It is being said that by fielding more Patels, the party has a chance of improving its tally in the urban areas. Similarly, the OBCs claim that they can influence results in 80 seats of the total 182 seats.