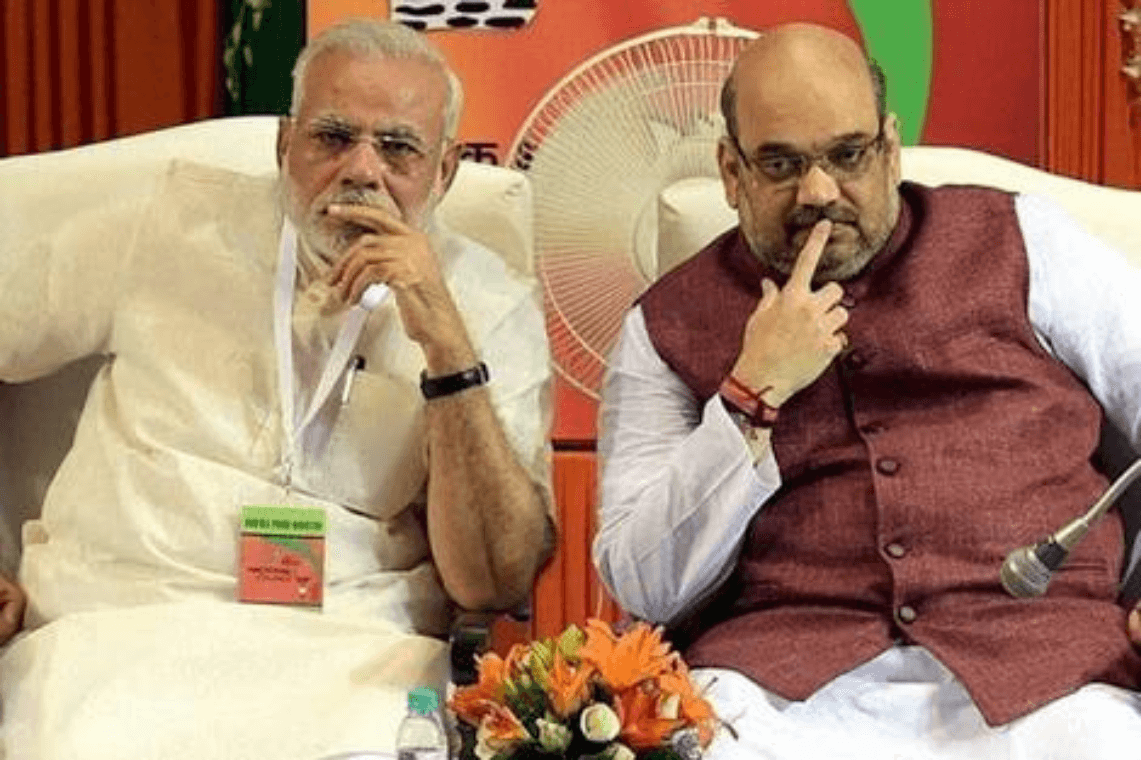 The election season of 2018 will witness the three North-eastern states of Meghalaya, Nagaland, and Tripura go for polls. While a lot has changed since the last elections in the region in terms of the increasing and decreasing presence of parties, each of the three states faces some unique challenges which need to be overcome in order to place them firmly on the path of development and welfare. The elections in Tripura will see a face-off between the Left and Right in India, the outcome of which will be watched very closely. Let’s take a look in detail on can BJP win the Tripura assembly elections 2018?

What is the current composition of Tripura assembly?

The tenure of the 60 members Tripura Legislative Assembly will end on 6th March 2018. The incumbent chief minister Manik Sarkar of CPI(M) has been in power in the state since 1998. One of the longest-serving chief ministers of India, Sarkar would be seeking a re-election for the fifth time in 2018. Communist Party of India (Marxist) has 50 seats in the assembly while the Communist Party of India has 1 seat. The opposition consists of 8 MLAs from Bhartiya Janata Party and 2 MLAs from Congress.

Tripura assembly elections 2018:  A direct confrontation between the Right and the Left.

Tripura will be the battleground for the Right and the Left in India, the two extremes of the spectrum. While Congress will be fighting tooth and nail to remain relevant in the region, the elections will see a direct contest between the ruling CPI(M) and BJP. Tripura is the last bastion of the Left in India and has been a left stronghold for a long time. The BJP meanwhile would be looking to widen its footprint in the region after a stunning debut with the Assam elections of 2016. Having formed the government in Arunachal Pradesh and Manipur, all attempts would be made by the party to gain power in Meghalaya, Nagaland, and Tripura.

Also Read -   What is the Strategy of BJP for Karnataka Assembly Election 2018?

BJP has had a negligible presence in the state up-till now, with a meager 1.54% vote share in 2013 as compared to the 48.1% vote share of the CPI(M). However, the rising popularity of BJP after 2014 may turn the tables in their favor, as they provide a viable alternative to Congress as a decisive central-state combine.

Manik Sarkar has been an enigma when compared to his counterparts across the country, to say the very least. He’s been running the administration for four consecutive terms now and has a spotless image, both phenomena being rare in Indian politics. Sarkar also has the distinction of being the poorest Chief Minister in the country, who doesn’t own a house, a car or a cellphone. He donates his entire salary to his and gets an allowance of Rs 5,000 per month. Sarkar thus has the distinction of being the ‘cleanest and poorest’ chief minister in the country.

His reign spanning four terms has seen quite a lot action. For one, the insurgency in the area has been reduced steadily. There’s been an increase in private investment, an improvement in the education sector, and a decent rise in public-private partnerships. Having laid stress on the economic and social investments in ensuring peace in the region, Sarkar successfully repealed the Armed Forces (Special Powers) Act, or AFSPA, in 2015. The government has however been ineffective in employment generation and reducing poverty in the state with nearly two-thirds of the 35 lakh population is in the BPL category. The Supreme Court order which resulted in the termination of 10,000 teachers who were recruitment was in contravention of the RTE guidelines was a big blow to the government.

The Left also fails to offer any new ideas in its manifesto for the elections. While largely concentrating on showering brickbats on the BJP-RSS combine, the document largely urges people to vote for projects which will do maximum good at minimum costs, instead of falling prey to the BJP-RSS vision of being pro-business.

What might be the BJP’s strategy to flag their victory in Tripura assembly elections 2018?

The campaign in Tripura is a direct contest between the CPI(M) and BJP. The stakes are incredibly high, and BJP has left no stone unturned to dethrone the Left. From an all-out deployment of heavyweights in campaigning to the systemically strategizing region by region, BJP has managed to put up an impressive show of its abilities. With the hashtag #CholoPaltai gaining momentum, the party hopes to encash upon the anti-incumbency. The campaign was largely focused on the rural areas, where the base is likely to shift towards the party. There have been various instances where members from other political parties in the region have joined BJP since they were fed up with the misrule. The vision document released by the party has made some ambitious promises, which include setting up of an AIIMS like multi-specialty hospital and medical colleges, employment opportunities for every household, free education up to the graduate level, a college in every constituency, free smartphones for youths amongst others. The ‘development’ theme is extended clearly in the document, as schemes like brick housing for the homeless along with free health insurance for BPL households and drinking water for everyone. The party has also promised to implement the 7th Central Pay Commission for the state government employees, regularise all contractual government employees, and provide minimum social security pension of Rs 2,000 and minimum wages of Rs 340.

BJP is all set to contest 51 out of the 60 seats, along with its coalition partner Indigenous People’s Front of Tripura (IPFT) will contest the remaining 9 seats. IPFT which was formed in 1996, has had a turbulent history in the region. With a demand for a separate state of Twipra-land’ with areas under tribal autonomous district council to protect the rights and identity of Tripura’s 32 per cent tribal population. The party has had numerous confrontations with the ruling CPI(M) and has aligned with BJP for the elections. BJP has managed to convince the party to drop the idea of a separate state from the poll manifesto.

The run-up to the polls has witnessed some all-out campaigns, drama, and action. While the contest is intense between the two ideological extremes, each side is gearing up to put a tough fight. The elections will see 297 candidates in the fray for 60 seats, on February 18, 2018. As the BJP puts all its might behind dethroning the left, the election will set the stage for the bigger clash which will follow in 2019.