All you need to know about Nagaland Assembly Elections 2018 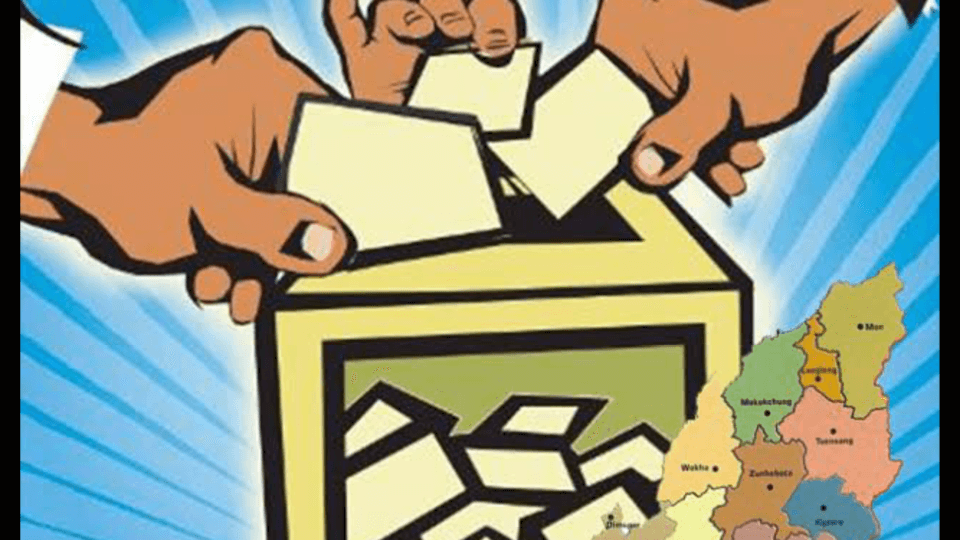 The month of February is all set to mark the first polls of the election season with Nagaland assembly elections 2018 due on 27th. Three north-eastern states – Nagaland, Meghalaya, and Tripura, though relatively smaller in size are extremely crucial in terms of electoral gains. Each state has a diverse political terrain to maneuver and neither of the three states has any BJP presence – a fact that BJP would be eager to change. It might be important to note here that, one can least expect the outcomes of these legislative elections on General elections 2019. However, these elections might witness the strength, with which BJP has penetrated into North-eastern waters.

All you need to know about the current composition of Nagaland Assembly and the upcoming elections 2018.

The 60 member Nagaland Legislative Assembly is due to complete its term in March 2018. The incumbent chief minister T.R. Zeliang from the Naga People’s Front has 46 MLAs in the Assembly. The Bharatiya Janata Party is a coalition partner with NPF with 4 seats along with JD(U) which has 1 seat. The opposition in the assembly is led by 8 independent candidates along with 1 candidate from NCP. Congress has no presence in the assembly.

Will the political history of the Nagaland have an impact on Nagaland assembly elections 2018?

The state which is home to indigenous tribes has had a history of rebellion. A plebiscite conducted in the early 1950s by Naga National Council (NNC) resulted in 99.9% of the people voting for an independent state of Nagaland. Thus, began a long drawn political conflict between the State and the Union of India, which was marked by various upheavals. An armed rebellion led by Angami Zapu Phizo of Naga National Council (NNC) marked the commencement of insurgency in the state in 1952, which lead the Government of India to send the army to crush the insurgency.  The Armed Forces (Special Powers) Act.

The simultaneous peace talks with leaders from other factions in Nagaland eventually came to the agreement to cease fire in 1997 in an effort led by the Vajpayee Government. The Modi Government, in turn, worked on this very vision and signed the historic peace accord with Nationalist Socialist Council of Nagaland (Isaac-Muivah).

The state also faced turmoil on the political front in 2015, which was the result of a conflict between the ruling NPF legislators. Led by G. Kaito Aye, the rebellion faction vowed to dislodge Zeliang and claimed to have evidence of his involvement in corrupt dealings. Zeliang denied the charge stating the whole exercise to be a character assassination campaign and welcomed an investigation to set the record state.  Two ministers and five other MLAs were suspended by Zeliang, with a sanction from the ruling alliance.

Another crisis hit the north-eastern state in January 2017 with civil unrest gripping the state. The protests were in the wake of the Zeliang government’s decision of granting 33% reservation to women in the urban local bodies election. The clash resulted in the death of three people which led to a state-wide bandh. Protesters ensured that the state machinery became defunct with no control whatsoever on the law and order situation and demanded the resignation of Zeliang, who vacated the post on February 19. Following this, the ruling NPF’s MLAs elected Shurhozelie Liezietsu, a non-MLA as their Chief Minister. The peace, however, was short-lived as Zeliang made a bid to form government again in July 2017, with support from a majority of the NPF legislators. A major reason for the rebellion against Liezietsu was the nepotism which was seen when his son Khriehu Leizeitsu was made one of his advisors with cabinet status and pay. Zeliang managed to overthrow the Leizeitsu government and was sworn in as the Chief Minister on 19th July 2017.

How far will insurgency have an impact on Nagaland assembly elections 2018?

The key issue plaguing the state at this juncture is the ongoing insurgency crisis. “Solution is a must for all the Nagas and it must arrive for the sake of permanent peace in the land. And that is why solution first and then election,” chief minister Zeliang said. The various other regional parties and groups have also threatened to boycott the polls if a viable solution does not materialize soon. The ‘Solution before Election’ campaign helmed by the all-powerful regional organization Naga Hoho, has categorically stated that it will not allow elections to place even though all other parties continue to gear up for the polls. The insurgency over the years has hampered the state’s economic growth and resulted in the pumping in of major funds from the center every year.

The region is facing a number of challenges due to its geographical location, with most of the basic human development indices ranking below the national average. On the social front, the society continues to be largely chauvinistic in nature with little or no representation of women in matters of governance. It’s a matter of grave concern that not a single woman legislator has been elected in the state since its inception.

Can the Bharatiya Janata Party win in the Nagaland Elections?

The Naga Accord inked between the Centre and the National Socialist Council of Nagaland (Isak-Muivah) could prove to become a turning point for BJP in Nagaland. After a stunning performance in Asom,  followed by forming governments in Arunachal Pradesh and Manipur, the three northeastern states hold immense electoral significance for the party. They are already a part of the ruling coalition and will continue to be an alliance partner with the Zeliang led NPF. Both Zeliang and Amit Shah are confident about forming the government in Nagaland. The significant number of defections to BJP ahead of the polls has lifted the morale of the party significantly. The BJP’s poll promises in the region include the provision of 24×7 regular power and water supply, construction of district roads to improve connectivity and a 5% sale profit for those villages which are adversely affected by the Doyang Hydro Electric Project.

Meanwhile,  the process of finding out a viable solution for the Nagaland issue continues to remain underway and winning Nagaland would be a crucial push to BJP’s look east agenda. Union Minister in charge of the state Kiren Rijiju has also assured that there would be no ban on cow slaughter by following the lead from Uttar Pradesh. He has also reiterated on the fact that the party will have a significantly larger number of seats in the upcoming polls.

All in all, with the end of January, Nation is to witness the political battlefields of many of its states. As of now, it is evidential that the Modi-shah duo has had their political strategy to penetrate deep into the North-eastern region. Though not directly, it is no exaggeration to say that saffron started flourishing itself in Naga’s love, which is yet to bloom. Let’s wait and stay tuned to witness if Saffron could blossom and creep through the whole north-eastern hearts.

The polls in Nagaland will be monitored closely due to the vivid political landscape which has emerged due to the interplay of various factors. It is likely to be a two-way contest fought between the ruling combine of the United Democratic Front and the opposing regional parties. A there will be a lot of new players vying to find a spot in the 60-member assembly too and the Aam Aadmi Party will reportedly contest all 60 seats in the state. Congress, on the other hand, will not be aligned with any other party in the state and will fight the election alone.The outcome of the Nagaland election will have bearing on the political landscape of the region as a whole.

The state is of utmost importance to BJP as winning in the state would boost their outreach mission towards the northeast. The results would also be significant in charting the course of action for the General Elections of 2019 in a major way, largely due to the future of the Nagaland issue, a poll promise from the BJP. The elections in the three states of Meghalaya, Tripura, and Nagaland will be observed with interest for they present a set of unique dimensions which will have an impact on the Lok Sabha elections as well.