BIHAR ELECTIONS: 2020 – Everything you should know

The Bihar Elections are around the clock and all the candidates are ready to contest in the Bihar Legislative Assembly elections, the citizens are all geared up to vote. As per the current crisis all over the world, the priority of the citizens of Bihar are better healthcare facilities, better job opportunities, provision of essentials to the poorer sections during the period of such pandemic. The candidates contesting the elections promise many benefits to the citizens of Bihar. The election of 2020 is very important as during the period of such crisis, the citizens have probably understood if their current government provides to all of their demands. The experts are curious to see which alliance wins the election for this time. 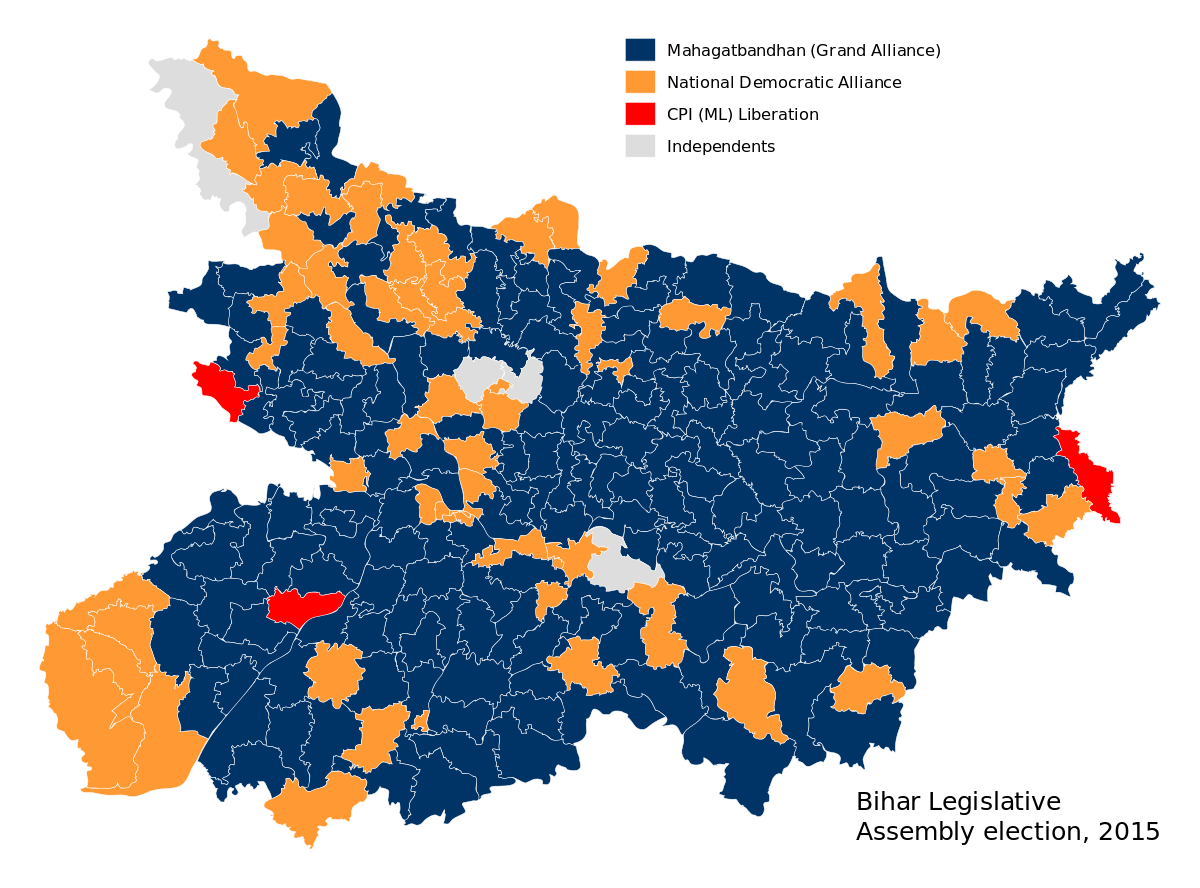 The alliance consisting of Janata Dal (United), Rashtriya Janata Dal (RJD) and the Congress parties won majority of the seats and formed the government in the state. Nitish Kumar later quit as the chief minister of Bihar because of the corruption allegation on Lalu Prasad Yadav’s son, Tejashwi Yadav. As a result of this, Nitish wanted Tejashwi to resign from his post but he refused to resign which led to Nitish’s resigning of the chief minister post on 26th July, 2017. There were many more fractions between Nitish Kumar and Lalu Prasad Yadav which led to the resignation of Nitish Kumar. On 20th December, Rashtriya Lok Samta Party joined the Mahagathbandhan.

Later, Nitish Kumar formed an alliance with the Bharatiya Janta Party (BJP).The BJP-led National Democratic Alliance (NDA) won a thumping victory in the state of Bihar getting 39/40 seats in the Lok Sabha while the Rashtriya Janata Dal, the main opposition party in Bihar drew a blank, while the Congress managed to get a lone seat.

The Bihar Legislative Assembly also known as the Bihar Vidhan Sabha, is the lower house of the bicameral legislature of the Indian state of Bihar. The Bihar Legislative Assemble consists of 243 seats. It came into existence in 1937. The Assembly had a strength of 152 members. According to the provisions of the Constitution of India, the first General Elections in the state were held in 1952.

Candidates of the 2020 elections-

The probable candidates of the National Democratic Alliance (NDA) are:

The probable candidates of the United Progressive Alliance (UPA) are:

The Bihar Assembly elections will be held in Bihar in October 2020 to elect 243 members of the Bihar Legislative Assembly. The term of the current assembly elected in 2015 will expire on 29th November 2020. This will be a fight between the Janata Dal (United) led National Democratic Alliance (NDA) and the Rashtriya Janata Dal (RJD) led United Progressive Alliance (UPA).

Also Read -   2021 Assam Legislative Assembly Election : EVERYTHING YOU NEED TO KNOW ABOUT

As the tenure of the BJP government in Gujarat is in its last phase, the

Samrat Gaur is an exceptionally confident and strong personality. He is an entrepreneur, social activist,

RajasthanBeats, an advocacy group that has achieved widespread recognition for its dedication to preserve, promote