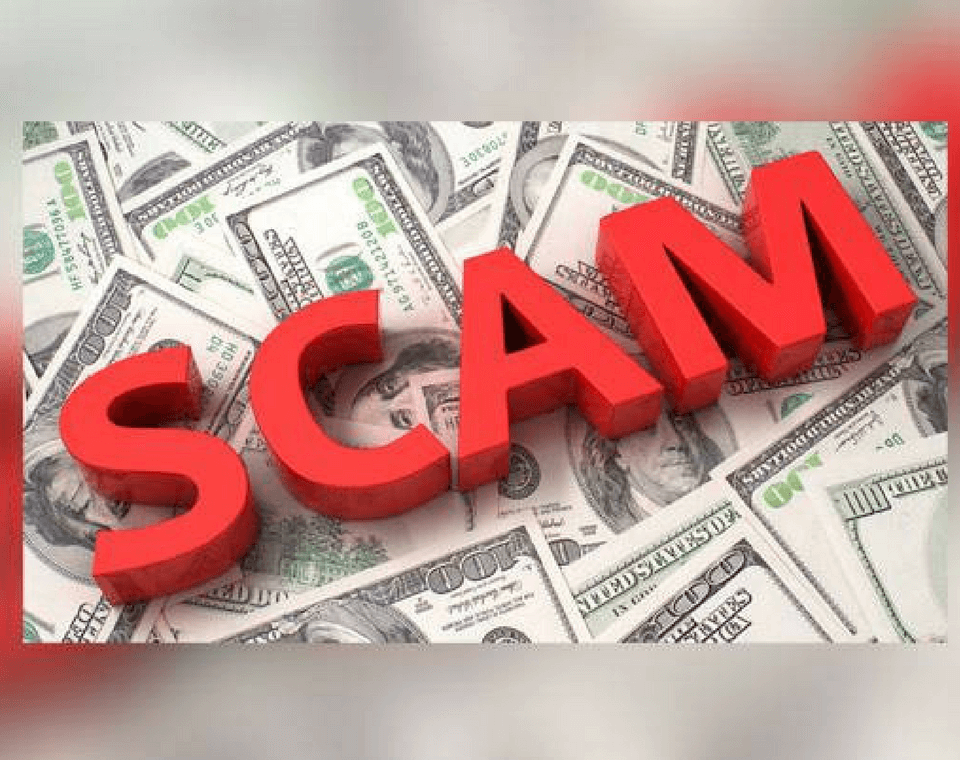 Scam is any fraudulent scheme performed by a dishonest individual, group or company in an attempt to obtain loads of money or something else of great value. According to a study by Transparency International (a Berlin-based NGO working against corruption), India ranks 81 out of 180 countries in global corruption perception index and is the ‘Most Corrupt Countries’ in Asia-Pacific Region. Hence it is not uncommon for the people of India to hear about one or the other corruption cases on a regular basis.Corruption has become an unavoidable part of Indian Politics and every now and then one or the other politician re-affirms this fact. Let’s have a look at the 5 biggest political scams that shocked the Nation.

India hosted the Commonwealth Games in the year 2010, which is an internationally popular multi-sport event that engages athletes from the Commonwealth Of Nations. The Games were a huge success but came under criticisms from the Indian as well as international media due to large-scale corruption involved in it. These scams took India by storm because they involved a pilferage of around 70,000 crores.These games were tangled in a maze of corrupt deals which included inflated contracts, criminal conspiracy, cheating and forgery.The mastermind behind the scams was Suresh Kalmadi (the then Pune Lok Sabha MP and Chairman of the organising committee of the Games). He offered a contract of Rs 141 Crores to Swiss Timings for its timing types of equipment which was unnecessarily high by Rs 95 crore. Further, the Indian athletes were forced to stay in shabby apartments instead of the flats allowed to them by the authorities. All the accused, including Kalmadi, were charged with criminal conspiracy, cheating, forgery for purpose of cheating and we’re also charged under sections of the Prevention of Corruption Act.Suresh Kalmadi along with his two aids was jailed for 10 months. The CWG scam was also criticised by several prominent Indian Politicians and social activists because billions of dollars were spent on this sporting event, in spite of the fact that India has one of the world’s largest concentration of poor people.

In September 2012, a major scam was uncovered which involved top bureaucrats, political leaders and several ministers from the then ruling UPA government.This scam is estimated to have brought about a loss of Rs 1.86 lakh crore to the exchequer.

How did Coal-gate scam come out? –

In 2012, the Comptroller and Auditor General(CAG) of India reported that the Indian Government had inefficiently allocated coal block between 2004-2009.The essence of the CAG’s argument is that the Government had the authority to allocate coal block by a process of competitive bidding but chose not to. As a result, both public sector enterprises (PESs)and private firms paid less than they might have otherwise. In its draft report, the CAG estimated that the ‘windfall gain’ to the allocatees was Rs,10,673 billion.The CAG final report tabled in the Parliament put the figure at RS 1,856 billion. Those accused include Madhu Koda(the former Chief Minister of Jharkhand) and a Kolkata based firm Vini Iron and Steel Udyog LTD, along with former Chief Secretary of Jharkhand AK Basu.Investigations reveal that Koda and his associates collected about Rs 4,000 crores through such illegal allocations. Koda is believed to have wrongly used his power as Chief Minister to have the Rajhara North Coal black allocated to Vini Iron & Steel Udyog even though this move was not favoured by the Jharkhand government and Union Steel Ministry. After these scams came into light BJP alleged that the ruling party was guilty of corruption and demanded the resignation of the Prime Minister Manmohan Singh.In 2013, a Parliamentary Standing Committee tabled a report which said that all the coal block allocated between 1993-2008 were illegal

The 2G spectrum scam is considered to be one of the biggest ever scams in the Indian history. This scam (which happened under the UPA coalition government) was mobilized by Indian politicians and bureaucrats and has irreversibly damaged India’s image globally. TIME magazine has placed this scandal on its list of TOP10 occasions of abuse of power. The Comptroller Auditor General audit report of the scam estimated a net loss of Rs 1.76 lakh crores to the national treasury.

All you need to know about 2g Scam –

India has a total of 22 telecommunication zones and 281 licenses are granted to telecom companies to set up operations. According to the report by CAG audit, Department of telecommunication granted these licenses to ineligible foreign corporations and violated several laws in the process. The bribed ministers and bureaucrats were accused of undercharging mobile telephone companies for frequency allocation licenses which they used to create a 2G spectrum subscription for cell phones.

The usual process of allocating licenses was through competitive bidding. However, in 2007, the application filing date was shifted from October 1 to September 25 only for an hour and licenses were awarded to companies on a first-come-first-serve basis. So only the companies which had insider information successfully applied while many other contenders missed. Department of Telecommunication also handed over licenses to foreign companies that were ineligible as per the rules.

In November, the PM, as well as the finance ministry, wrote letters of concern to Minister of Telecommunication and JT, A, Ravi. They raised concern about the procedure of allotment of license and requested to carry it out in a transparent manner. However, A Raja disregarded his concerns and went on with his initial game plan.

Complaints were filed in the Central Vigilance Commission in May 2009. The CBI and Comptroller and Auditor General (CAG)of India took the investigations forward. By March 2010 both the Supreme Court and High Court ruled that the preponing of application date was illegal as well as unconstitutional.The Audit report submitted by CAG in Nov 2010 estimated a national loss of Rs 1.76 lakh crores and Raja was forced to resign. After several raids to his house in Search of evidence, A Raja was finally arrested by CBI in Feb 2011, on charges of fraud and corruption. In February 2012, the Supreme court ruled on the petition of canceling all 122 spectrum licenses granted during Raja’s term as communications minister. But after a decade of court proceedings, a special CBI court acquitted all the accused on the grounds that the case locked substantial evidence against the accused. Read out the verdict on 2g scam and will it help Congress regain the power.

The fodder scam was a corruption scandal that involved the misappropriation of funds of about Rs 9.4 billion from the government treasury of the eastern India state of Bihar. Among those implicated in the theft were former Chief Minister of Bihar Lalu Prasad Yadav, as well as former Chief Minister Jagannath Mishra. The minor forgeries and small-scale fraudulent transactions transformed into a full-scale mafia and ultimately led to the end of Lalu Prasad Yadav’s reign as Chief Minister. It was uncovered for the first time in 1985 by the then CAG TN Chaturvedi who noticed that monthly accounts were always delayed.

All you need to know about Fodder Scam –

This case concerns large-scale embezzlement of government funds through the fabrication of “vast herds of fictitious livestock” for which fodder, medicines and animal husbandry equipment was ‘supposedly’ procured.The scam is also known as the ‘Chara Ghotala Scam’ and derives its notorious name from the fact that it was rooted in the Animal Husbandry Department of Bihar Government and the fraudulent transactions were made in the name of procuring cattle feed over a period of 20 years, under successive regimes.The case got a major breakthrough in 1996 when the state finance secretary VS Dubey started inspecting the matter and ordered inspections across all districts.

A massive raid on the Animal Husbandry Department (AHD) at Chaibasa uncovered a stash of documents showing illegal withdrawals from the state treasury. In a report by India Today, Income Tax raids in 1993 revealed that nearly 80 AHD officers and suppliers had gathered property of about Rs 25 crore, but before any action could be taken against them, the Income Tax officer leading these raids was transferred.

Now the case spans across 64 cases and over 56 accused, including politicians, government employees, and top bureaucrats.

In 1997, this case was handed over to CBI from where Lalu Yadav’s worst nightmare began.

“A large amount of money was withdrawn from the government’s treasury. In short, it was a loot of government’s money by the government’s officials backed by the political leadership. About Rs 950 crore was looted by government officials in ten years. It was a huge thing for all of us at that point of time,” Rakesh Asthana, the former CBI’s superintendent of police who uncovered the scam and formally started prosecution against a sitting chief minister.In 1997 the Governor started prosecution proceedings against then Bihar Chief Minister Lalu Yadav. Amid growing public pressure, Lalu had no choice but to step down.His opponents were overjoyed but not for so long.Lalu played a clever card and installed his wife Rabri Devi as the Chief Minister.Out of 64 cases that arrived from the case, Yadav was accused in six and was convicted in 2013 in one of the cases involving the fraudulent withdrawal of RS 37.70 crore from Chaibasa Treasury between 1st April 1994 to 31st January 1995 and was sentenced to five years in Jail.

On January 6, 2018, Prasad was convicted in the second case of fodder scam and awarded a three -and -a -half year punishment for withdrawal of Rs 89.27 lakh from the Deoghar Treasury.

On January 24th, 2018 a special CBI court sentenced Prasad & Mishra to 5 years in Jail in the 3rd fodder scam for fraudulent withdrawal of RS 37.62 crore from the Chaibasa Treasury.

In March 2018, Yadav was convicted in the 4th fodder scam while his predecessor Jagannath Mishra was acquitted by a court in Ranchi.Lalu Prasad was sentenced to 14 years in prison -seven under the IPC and seven under the Prevention of Corruption Act, in a fodder scam case.Both the sentences will have to be served consecutively.

What was the Bofors deal? –

On 24th March 1986, a $285 million contract was signed between the Government of India and Swedish arms company Bofors, for the supply of 410 155mm Homitizer field guns.A year later, in April 1987, the Swedish Radio alleged that Bofors paid kickbacks of about 640 million to top Indian Politicians including Rajiv Gandhi and defense officials to seal the deal. Journalism Chitra Subramaniam, a reporter in The Hindu, secured over 350 documents which had all the details of the payoffs. As a result of these disclosures, the Indian Government blacklisted Bofors in 1987, preventing the company from doing business in India.

The first charge sheet in the case was filed on October 22 ,1999, against the alleged middleman Win Chaddha, Ottavio Quattrocchi (an Italian businessman, reportedly close to Gandhi family and a powerful broker in the 1980s between big businesses and the Indian Government ), the then defence secretary SK Bhatnagar and the Bofors company. A supplementary charge sheet was filed against the Hinduja brothers on October 9, 2000.Two years later Win Chadha and SK Bhatnagar passed away. In May 2005 the honorable Delhi High Court acquitted Hinduja Brothers of the charges’.

On January 16, 2016, the CBI in an affidavit filed before the Supreme Court said it wanted to extradite Quattrocchi from Argentina, where he had been detained.Subsequently, the Indian Government lost the extradition case in the Argentina Supreme Court.On 12th July 2013, Quattrocchi died of a heart attack in Milan.

From all these scandals, it is clear that even though India may boast to the world that she is the largest democracy with institutions that regulate the proceedings, but it is ultimately the people with money and political connect who own the system.All these shameful scandals have tarnished India’s image irreversibly on the international front.