Award Wapsi Gang: Will it be a hurdle for BJP in Gujarat Elections? 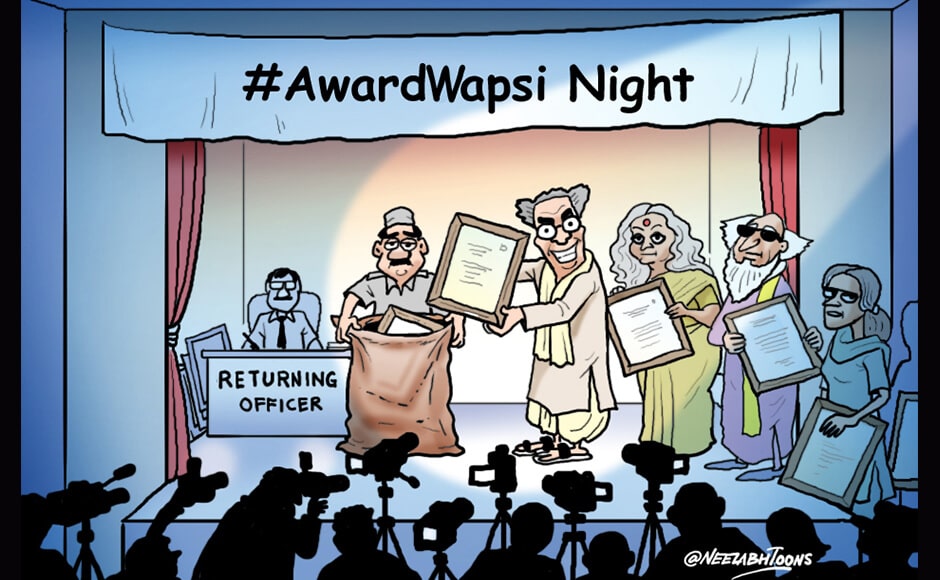 In September 2015, Dadri, a dusty small town just next to NCR became the talking point in national and international media when a man named Mohammed Akhlaq was killed by a mob for keeping beef in his house. A few months before this incident, Rohith Vemula, a student of Hyderabad University, had committed suicide in his hotel room. Both these incidents were unfortunate. But in a diverse and large country like ours, such incidents are not uncommon. But soon the bloodsucking political vultures and media hounds turned them into something serious enough to draw international attention. Dadri and Hyderabad became hot destinations of death tourism. But that was not enough. Soon a few so-called intellectual and secular writers, filmmakers and artists joined the vultures and hounds. Intolerance and returning of awards became the topic of discussion in television studios while the common man wondered what had changed so suddenly in the country. To a common man, everything was the same, but the agenda setters were working overtime to project it to be what it was not. Nearly 40 awards were returned during this span as per the reports of the BJP government. Can Intolerance gang be a hurdle for BJP in Gujarat Elections?

Today, the country is going through a political, economic and social transformation. PM Narendra Modi declared the demonetization of big currency notes. People have seen corrupt governments with scams of amounts unheard of. PM Modi had promised to the country that he will make India corruption free. Demonetization was the first major step towards it. But since the day it was declared, political parties and media people alike have been making hue and cry about the decision. Now, the ‘Award Wapsi gang’ has also joined them.

Was the first ‘Award Wapsi’ an act against Modi for Bihar elections?

The ‘Award Wapsi’ was started a few months before the Bihar elections. It grew stronger and stronger in the meantime before the Bihar elections. It seemed a fair reason that Congress might have been involved in this controversy as to make people against BJP for the upcoming Bihar elections. Media is considered to be the fourth estate of democracy; they play an integral part in shaping public opinion. India is the land of festivals and elections and we say this because every year more than one of the 29 states are in election mode. But the year 2014-2015 has witnessed heightened interest among Indians in every election and this can be attributed to the massive victory of Narendra Modi in the 2014 Lok Sabha elections. This trend did not stop here as BJP won every state election after that in the months that followed. After commanding an indispensable win, the NDA government faced a strong hurdle from the united opposition. The watershed moment for the political parties was the 2015 Bihar elections. The opposition created an anti-NDA alliance to overcome NDA. Experts say that the anti-NDA alliance used the media effectively as a communication tool to inject the messages of intolerance in the society and dent the chances of the NDA. Newspaper coverage can create a positive or negative impact on the political image. Media focused on political and social issues that created an atmosphere of intolerance debate nationwide, the intellectual class raised an issue and confronted the government by returning their awards.

The Award Wapsi episode can be termed as the most controversial, attention seeking event that took place in 2015. The timing and intention of this campaign seem mischievous. The entire debate of intolerance happened right before the Bihar election. Media, if used properly, can prove to be a great asset. People usually believe what they see in the news channels and what they read in the newspapers. The award wapsi gang showed their dissatisfaction towards Modi and the rising intolerance. This was followed by many actors and writers, which led the common people suspecting of the NDA government. The suspicion on the opposition rises because the award wapsi had suddenly stopped after the Bihar elections. The gang had disappeared and this led to believe many people that it was nothing but a publicity stunt to make BJP lose the Bihar elections. Chetan Bhagat, one of the most famous writers in India, also raised his voice when the Award wapsi gang had disappeared after the Bihar elections. Anupam Kher also claimed that it was a campaign against BJP and that the INC was behind it.

Whatever the reason be, it affected BJP significantly in the Bihar elections and led to the loss in the elections.

Has the return of ‘Award Wapsi Gang’ anything to do with upcoming Gujarat elections? 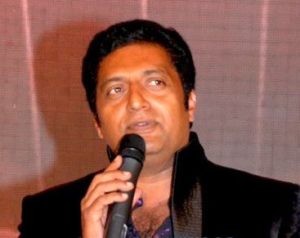 Actor Prakash Raj said on Monday, 2nd October, that he had no intention of returning the awards given in recognition of his talent. Raj’s clarification follows his remark on Sunday that politicians like UP CM Yogi Adityanath are bigger actors and they deserved the national awards given to him. Raj’s remarks at the inauguration of the state conference of CPM’s youth wing DYFI in Bengaluru were perceived as an intention to return his awards. At the event, he had criticized PM Modi for his silence on trolls hurling abuses on social media against those who condemned Gauri Lankesh’s murder. While his remarks were perceived as an intention to return the national awards, Raj clarified on Monday that he had never said he wanted to return his awards.

However, it seems that the Award Wapsi gang is returning and Modi may have to be ready to face another Award Wapsi campaign. As the Gujarat elections approach, the award wapsi has begun to increase. The writers and socialists, who are returning the awards, are using the demonetization and GST as their tools. They say that the Modi government has failed to deliver its promises and that PM Modi is not capable. Using all such reasons, the Award Wapsi has increased again just before a major election approach.

One wonders, how significant it can prove? If the campaign gains momentum and if the media is used for it, it can prove lethal to the BJP. Once they have faced it and it had led to their defeat in the Bihar elections and if it again gains success and required momentum, it can affect their vote bank in Gujarat. Congress, who has failed to win in the last 20 years in Gujarat, would desperately want this campaign to reach the common people. However, as the situation stands in Gujarat, BJP are still the favorites to win the elections. But, if this campaign becomes a success again, BJP will surely face its consequences in the upcoming Gujarat elections.