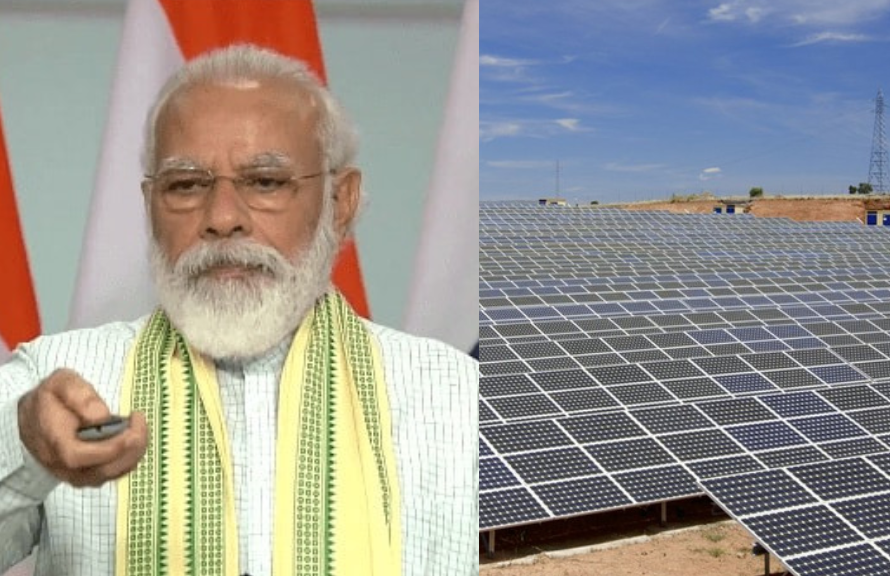 The Project exemplifies India’s commitment to attain the target of 175 GW of installed #RenewableEnergy capacity by 2022 pic.twitter.com/M2ctcJWDwN

The Rewa solar project was the first solar project in the country to break the grid parity barrier. This project will reduce carbon emission equivalent to approximately 15 lakh ton of CO2 per year. The project exemplifies India’s commitment to attain the target of 175 GW of installed renewable energy capacity by 2022.

Compared to prevailing solar project tariffs of approx. Rs. 4.50/unit in early 2017, the Rewa project achieved historic results: a first year tariff of Rs. 2.97/unit with a tariff escalation of Rs. 0.05/unit over 15 years and a levelized rate of Rs. 3.30/unit over the term of 25 years.

Also Read -   Madhya Pradesh Elections: Why BJP and Amit Shah should be worried?

Central financial assistance of Rs 138 crore has been provided to Rewa Ultra Mega Solar Limited (RUMSL) for development of the solar park.

The project has also received World Bank Group President`s Award for innovation and excellence and was included in the Prime Minister`s “A Book of Innovation: New Beginnings”.

Prime Minister Narendra Modi while inaugrating the Solar Plant said that “Today, Rewa has really created history. This place has been identified with mother Narmada and white tiger. Now the name of Asia’s largest solar power project has also been attached to it.”

“With the completion of these project, Madhya Pradesh will definitely become a hub of cheap and clean electricity. The biggest benefit of this project will be to the poor, middle-class families, farmers and tribal of the state,” he said.

Speaking on the importance of solar power to make India self-reliant, PM Modi said solar power is sure, secure & pure. “For an Aatma Nirbhar Bharat we need to become self-dependent in the field of energy for which renewable energy is the solution. We are ensuring that clean energy reaches to every section of society and benefits everyone,” he added.

He said that India is regarded as the most attractive market for clean energy. “India is looked upon as a model, globally, when there are talks of transition to renewable energy sources. Not just for the present, solar energy will be a medium of energy needs of the 21st century because solar power is sure, pure and secure. The idea behind ‘One World, One Sun, One Grid’ is to fulfil the energy needs of many smaller nations on the planet,” the prime minister said.

PM Modi Congratulated the people of Rewa and Madhya  Pradesh and said that the region is going to be big center of energy in this decade.