What Next For Goa’s Politics? 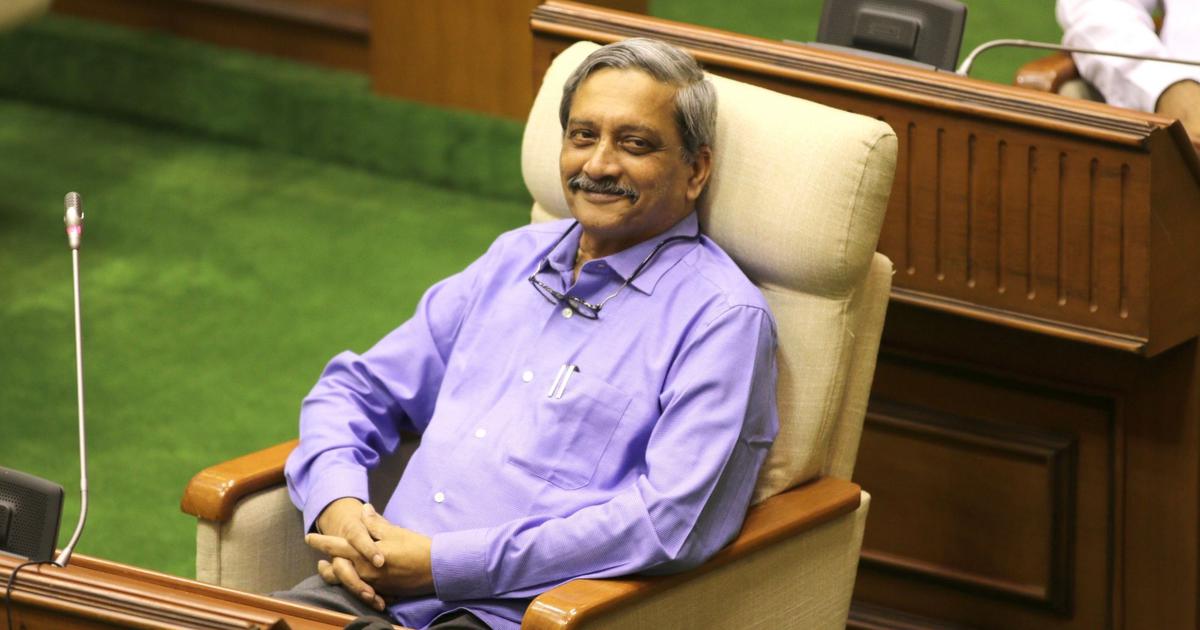 Manohar Parrikar, Goa Chief Minister and former Defence Minister of India passed, passed away on 17 March 2019. Parrikar had been battling with Pancreatic Cancer since February last year. His condition worsened in the last few days and he was on a life-support system. He was well respected across the entire political spectrum of India and Goa. The sudden demise of the 4-time Goa CM has left a gaping void in the state government. What next for Goa’s politics- is the question confronting our politicians now.

In a country where Politics is a game of aggressive orators or silver spoon dynasts, Manohar Parrikar was neither, yet he rose from being a mere RSS pracharak to becoming India’s Defence Minister. His political career is an example that every Indian should look to emulate. He was the epitome of simplicity and hard work. People who know from his IIT-Bombay or RSS days describe him as an ‘obedient student’ who’d follow instructions and complete the tasks assigned to him diligently, no matter the nature of tasks.

After serving RSS for years, he was given a ticket to Panaji constituency in 1994. Till 1999, he was the leader of opposition in Goa assembly. A year later, he became the CM of Goa for the first time. He went onto hold this post on 4 other occasions, most notably in 2017, when the majority of Goa’s populace demanded that Parrikar be their Chief Minister. He had to leave his position of India’s Defence Minister to move back to his state. Such was the impact of this humble yet strict taskmaster who changed the face of Goa.

While at the helm of Defence Ministry, he vowed to break the nexus between middlemen and the arms dealer. A decision that needs to be applauded but invited needless ire from the opposition, particularly during the Rafale aircraft negotiations. The fact that an arms deal can be brokered without middlemen and kickbacks didn’t go down too well with other political parties and a baseless controversy was created. Such was the hatred against Mr Parrikar, that Congress President Rahul Gandhi used his 5-minute meeting with Mr Parrikar to resort to making false claims against the Rafale deal.

However, no political leader’s false words can damage the legacy that Manohar Parrikar left behind. After coming back from New York, for his treatment, Parrikar was visibly very weak. He was always seen wearing medical paraphernalia -a nasogastric tube. Yet that didn’t deter him from carrying out his duties as the CM. He announced the budget, inspecting Mandovi Bridge, and was always seen in the party meeting, constantly participated in national politics, all this while on a wheelchair! While inaugurating a bridge in January, he cheekily asked: “How’s the Josh”, a reference to the 2016 Surgical strikes carried under his leadership.

“Shri Manohar Parrikar was an unparalleled leader. A true patriot and exceptional administrator, he was admired by all…He personified humility, simplicity and compassion. The good work he has done will be remembered for years to come…” PM Narendra Modi summed up Mr Parrikar’s legacy perfectly.

WHAT NEXT FOR GOA’S POLITICS?

The final journey of Late Manohar Parrikar was carried out today and he was cremated at the Miramar beach. He was accorded a state funeral with full military honours. Though the tributes for Mr Parrikar have been pouring in since yesterday evening, Congress didn’t even wait for his funeral processions to be over and within hours of his death, sent a letter to the Goa Governor claiming stake to form the Government. They have been doing so since last few days after the news of Mr Parrikar’s health deteriorating.

Also Read -   How did BJP policies perform in last 4 years? 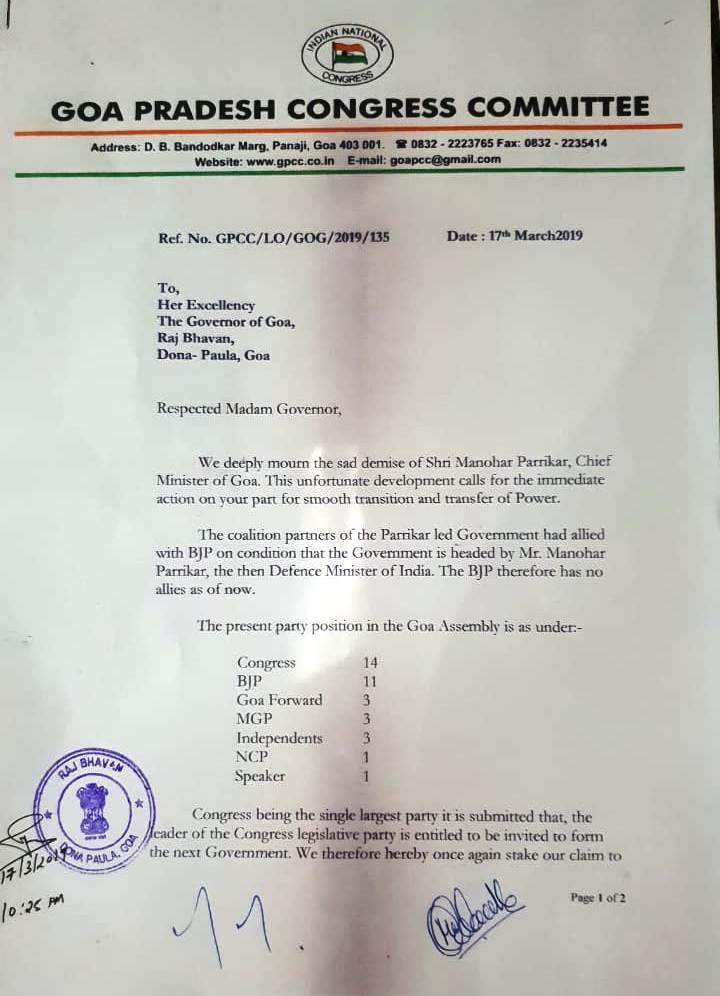 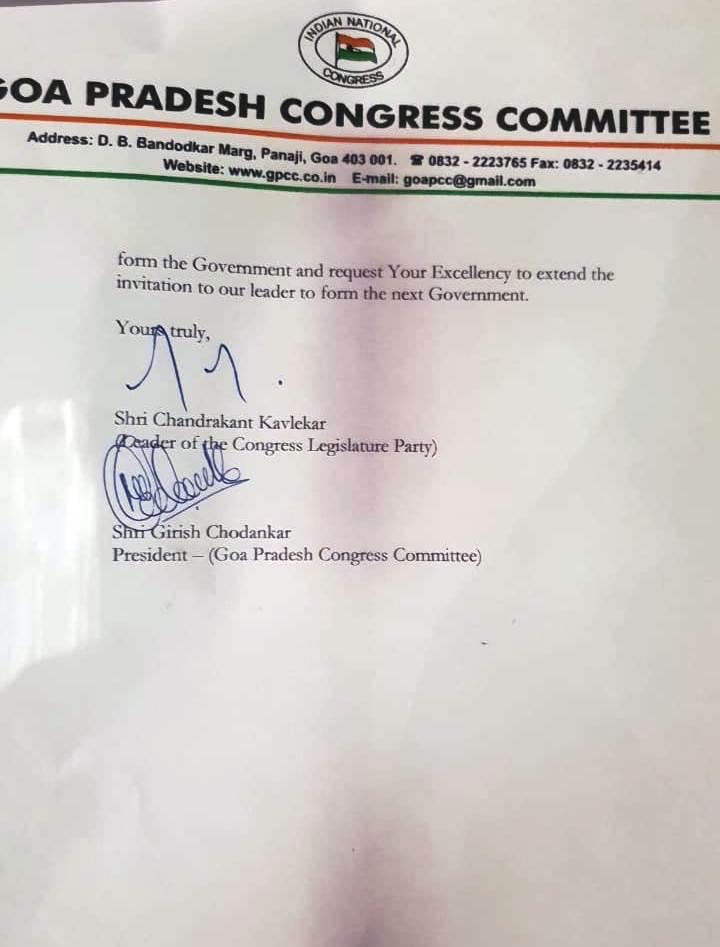 However, despite Congress’ claims, the BJP is still eligible to continue in leading Goa’s government. BJP’s numbers, after Parrikar’s death, have come down to 12, yet with its alliance partners; it still holds 20 seats, the majority number in Goa assembly being 19. However, there are still certain issues that require BJP top brass’ attention.

The BJP-led coalition requires a new leader. Goa assembly speaker Pramod Sawant is being considered to succeed him. Moreover, Mr Parrikar’s demise, who represented Panaji, will necessitate a fourth by-poll in Goa, along with 3 others already scheduled on April 23.

Addressing the media today in the evening, BJP president Amit Shah said that discussions are ongoing regarding the selection of the next Chief Minister. Nitin Gadkari is also present in Goa regarding this. He stated that while BJP has reached consensus on a name for the CM post, the allies are not happy with the choice and thus more discussions are required. Congress, on the other hand, is livid that its demand and letters were ignored and is seeking a way forward in this political muddle.

It is a shame that within just 12 hours of Manohar Parrikar’s passing away, the political leaders, our humble representatives, descended to the coastal state to engage in the political battle for Goa’s control. However, such is has been the political durbar of our country, where emotions are to be kept aside and the only aim should be political supremacy. Mr Parrikar though was a man who didn’t conform to these traditional ideas of politics, yet he was successful in carving a name for himself. He was a simple, hardworking man, who set a precedent for all future generations to come.