What is the Strategy of BJP in Madhya Pradesh? 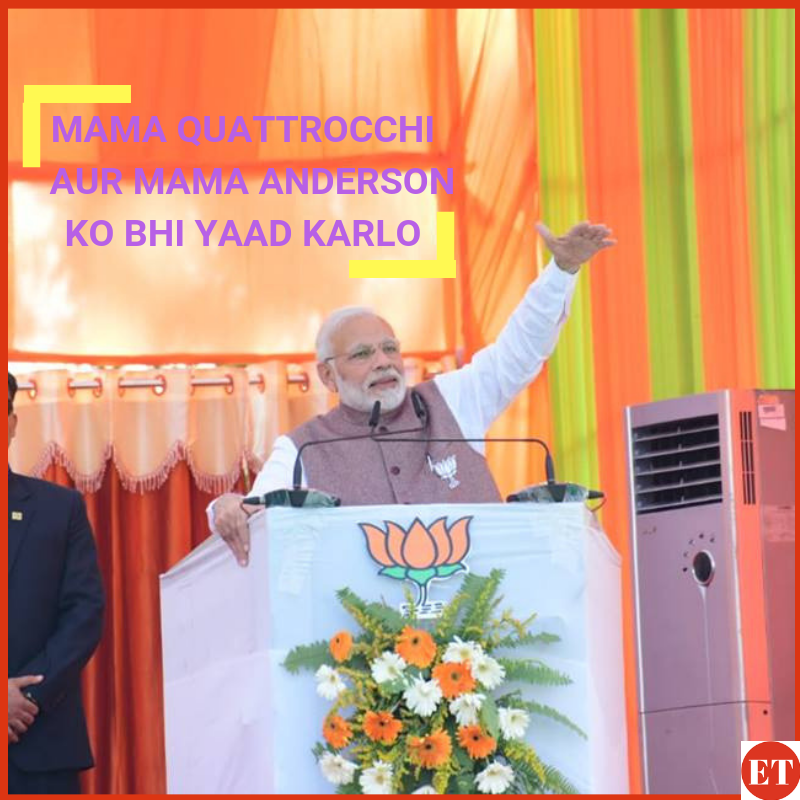 Bhartiya Janta Party has ruled the state of Madhya Pradesh for the past 15 years and will be eyeing the fourth term in a row come 11th December. Along with Gujarat, Madhya Pradesh, and Chhatisgarh are considered to be the bastion of BJP. They both are part of the Hindi belt which saw BJP sweep over Congress in 2014 elections. In MP alone BJP won 24 seats out of 26, which later came down to 23 after Kantilal Bhuriya won in By-Polls of Jhabua- Alirajpur seat.

The loss in the Lok Sabha constituency came with another loss in state assembly bye-polls as well. This not only boosted the morale of Congress in the state but gave a platform that they built upon since.

For BJP the challenge is much bigger than just a state. It is about sensing the pulse of the nation before the 2019 elections. The elections would also be a flexing ground for BJP to put to rest all the doubts regarding the decline of the Modi wave. For this test, BJP has gone about very quietly and strategized it differently than in Gujarat.

For BJP their biggest challenge is going to be fighting the anti-incumbency sentiment in the state. They have ruled for 15 years in a row now. CM Shivraj Singh Chouhan has been at helm 12 years out of those 15. They are also now in Delhi too which though plays very little over voters but is a factor.

BJP also realized it early that they need to change things around to fight this. They learned from what they did in Delhi Municipal polls earlier in the year.  BJP has fielded new faces in the upcoming elections and done away with old faces. Though CM Shivraj Singh Chouhan remains their main leader, they have cut tickets of sitting MLAs. As much as 37 sitting MLAs were not given the ticket in the first list itself. This included three incumbent Ministers as well. Interestingly, Babulal Gaur and Kailash Vijayvagi are also among the names who are not contesting the elections. Both are heavyweights in the state politics but are giving way to their next generation this time around.

BJP has opted to go fresh faces this time around to fight incumbency. They have changed almost a fourth of their winning candidates to signal a change. 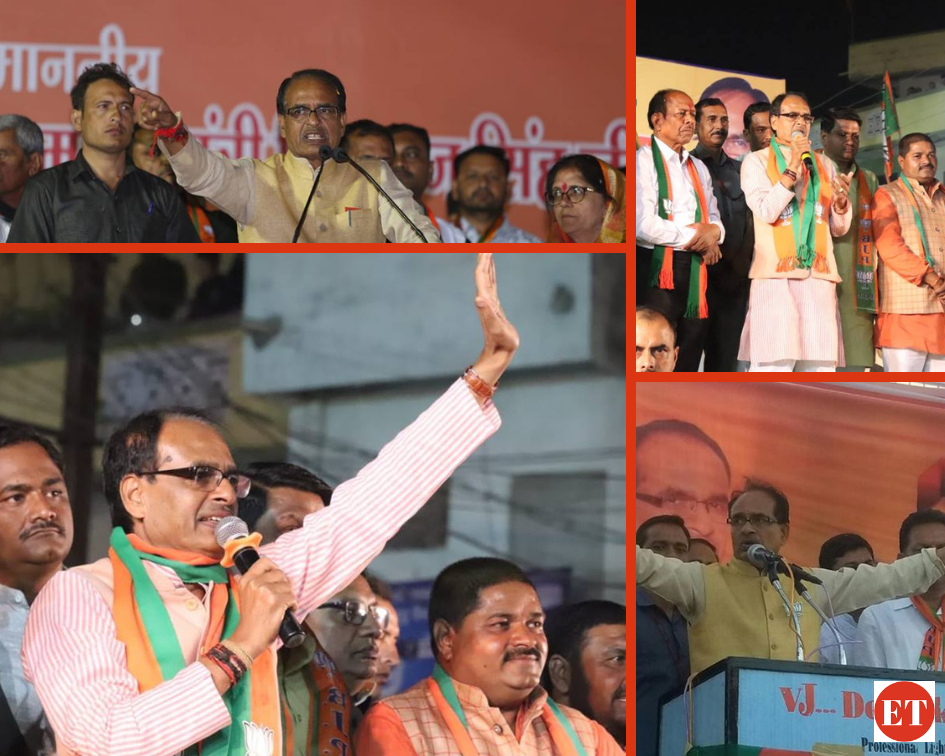 Madhya Pradesh had never seen a single Chief Minister completing three terms in a row until Shivraj Singh Chouhan. He has already broken the record for the longest sitting Chief Minister and will be eyeing his fourth stint as CM.

CM Shivraj Singh Chouhan has cemented himself as the face of BJP in MP in the past 12 years or so. He remains the most popular leader in the state across party lines. This popularity has only increased over the years. This popularity is in spite of the presence of strong leaders like Jyotiraditya Scindia and Kamal Nath.

BJP projected him as the Chief Ministerial candidate with no hesitation at all. Despite facing anti-incumbency sentiments BJP chose Shivraj Sinch Chouhan over anyone else. On the surface, the decision seems to be based on his popularity but it is also because of Congress.

Congress has not fielded anyone as their Chief Ministerial candidate. This decision for them is a necessity to keep their party cadre’s together at least till the election date. Congress has strong factionalism in Madhya Pradesh. Jyotiraditya Scindia and Kamal Nath are both strong leaders in MP for Congress but have not worked well with each other in the past. 2013 elections were the best examples of this in-fighting between these two stalwarts.

BJP knew about this dilemma of Congress party and took advantage of that. Shivraj Singh Chouhan in one of his interview mentioned that fact that Congress does not have a face in MP but rather 4-5 people dropping from Delhi. A clear indication to Mr. Scindia and Mr. Nath., both of whom are MP’s and former is also Congress whip in Lok Sabha.

Development has been the main issue for BJP since 2014 in all elections. In Madhya Pradesh, BJP used this issue in 2003 for the first time. Uma Bharti, then CM candidate from BJP toured the whole state with the slogan of development against Digvijay Singh’s government.

In 2018, BJP has gone back to that issue but as it’s accomplishment. CM Shivraj Singh Chouhan never shies away from mentioning his accomplishments. Moreover, his aim is to remind people of the Diggi-raj, a nickname given to Digvijay Singh’s tenure. BJP is trying to remind the people of the state of the dire situation under Diggi-rule.  Their tactics are to remind people of development under Shivraj rule with the comparison to Congress’s rule rather than their own.

BJP unlike Congress in the state is trusting its own local leaders and MLA candidates to win by themselves. After 15 years in power, BJP has built a strong cadre and local leadership in many constituencies.  They are now reaping the benefits of this. For example, in important city like Indore BJP has not gone all out with their campaign to influence voters. PM Modi or even Amit Shah is yet to do a rally in the area. The reason being local leader’s and MLA are strong by themselves. , on the other hand, did a rally with Rahul Gandhi in the city.

This shows the confidence that BJP has in its local leader’s to win.  BJP thus has managed to keep rallies of their star campaigners in rural areas across the state as almost 72% of voters are from rural areas in MP. This confidence also because of the influence of RSS in most cities of MP.

RSS has been very influential in the state for years now. They boast a very robust cadre in the state with a Shakha in all the district of MP.

Without PM Modi no elections campaign of BJP could be successful. In the state of Madhya Pradesh also, he is their star campaigner could be the difference in a neck to neck fight.Though he entered late in the campaign, he has already stirred up the opposition quite a lot.

His speeches this time around though are different from one in Gujrat. PM Modi is focusing more on state issue’s and even relating national issue with them. His jibe on Bofors or even his mother is all quite related to the state.He opted to use “Mama” with Bofors scam mention as a reply to Congress’s attack on Shivraj Singh Chouhan. His anger towards Congress leader mentioning his mother’s name is also important. BJP has big women vote bank in the state and Congress has tried very hard in their campaign to woo this vote bank.

The statement of Congress leader CP Joshi about only Brahmin’s knowing what is Hinduism also did not do any good for them. The statement was directed at PM Modi and his caste. In a state where SC/ST along OBC voters is almost half of the total voters, the statement has only benefitted BJP. They will once again bring up the fact that PM Modi is from a very humble family and an OBC.

BJP is targeting to retain its vote share from previous elections. They have realized that Congress has improved a lot in the state and with anti-incumbency, they are in a tough spot. They also know that PM Modi can work his magic as he did in Gujarat. Moreover, they have CM Shivraj Singh Chouhan with him and strong local leaders.  BJP will be hoping that as the election date comes near the PM Modi will be able to sway that important two percent vote share in their favor.