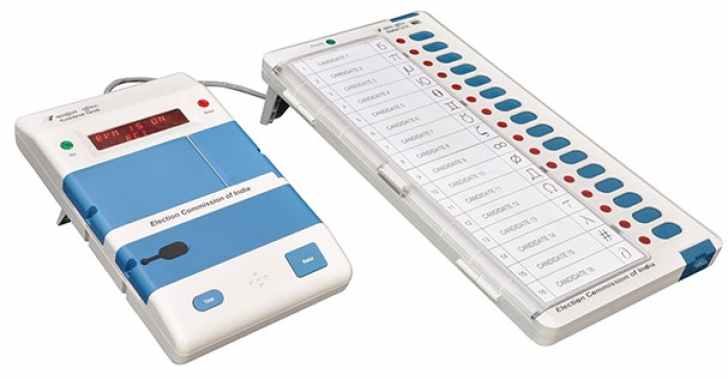 Syed Shuja, an Indian based cyber expert now seeking political asylum in US, has posed serious allegations on the BJP and several other political parties of tampering with the Electronic Voting Machines (EVM) in the Lok Sabha elections which took place in 2014. The man was addressing a press conference via Skype in London organised by the Indian Journalists Association (Europe). He claimed that the complete 16th general elections were ‘rigged’ and the EVMs were hacked in such a way that all the votes got into BJP’s pocket. However, he could not provide any evidence to determine the credibility of his allegations.

Through out the online press conference, his face was masked so that his true identity could not be revealed. According to his claims, Syed is a former employee in the ECIL (Electronics Corporation of India Limited), the state-owned company which manufactures EVM with the help of BEL (Bharat Electronics Limited), and had to leave the country because of the death threats he received after getting to know about the activity. He maintained that EVMs could not be meddled with using Bluetooth, rather it require transmissions of military-grade frequencies which can only be channeled through a special modulator. The self-proclaimed cyber expert has also asserted that the Reliance Communication Group helped the BJP by providing the assistance and commodities required for the ‘hackathon’.

Although the Chief Election Commisioner of India Sunil Arora has rejected all the allegations saying that EVMs are tamper-proof and there is no reason to doubt the integrity of the system, yet the officials are investigating all the possibilities. Shuja kept insisting that even the parties like SP, BSP and Congress were involved in the tampering at some time. “In Delhi state elections in 2015, we managed to intercept the transmission, resulting in the AAP winning 67 out of 70 seats. Otherwise the BJP would have swept,” he claimed. He also mentioned the name of Gopinath Munde and his death which was a repercussion of ‘knowing too much’.

He explained that, when he and his teammates got to know about the transmissions, they went to a renowned journalist of India. In the process, Munde got killed as he was about to disclose the story to the world. He along with his confidants was also receiving death threats due to which he had to quit his job and move abroad.

In the press conference which was being organised in London, the Election Commission of India and all the Indian political parties were invited. Out of which only Kapil Sibal—former HRD minster during the UPA government—could be seen at the event. The BJP found this to be their only comeback, and attacked the Congress. The party has alleged that this is another immoral publicity stunt performed by the Congress in order to influence the upcoming elections. The presence of Kapil Sibal in the event confirms the involvement of Congress party in the episode.

Congress on the other hand has maintained that the allegations are rather severe and they could not say anything much about it, and cannot deny it either. Mamta Bannerjee, the Chief Minister of West Bengal, has tweeted, ‘Our great democracy must be protected. Every vote of yours is precious. All Oppn parties discussed the #EVM issue after the #UnitedIndiaAtBrigade rally. We are working closely together and decided on Jan 19 itself to consistently take up the matter with EC. Yes, every vote counts.’ The other parties have decided to keep it quiet and haven’t given a response yet.

Who was Gopinath Munde?

Gopinath Pandurang Munde was an Indian politician and Union Minister of Rural Development Panchayati Raj, Drinking Water and Sanitation. A senior BJP leader, Munde headed from Maharashtra and served as an MLA for five consecutive terms from 1980-85 and 1990-2009. His ministerial position in the 16th parliament couldn’t survive much as he met with an accident after mere 3 months of the elections in June 2014, and died as the result of the injuries.

Soon after his demise, his closed ones started to demand a probe against his death saying that there was some foul play in the entire accident scenario. Though the CBI after the investigation closed the case saying that Gopinath Munde died in a road accident and there was no scope of any foul play. But, after Shuja’s come up about the EVM intrusion, Gopinath’s relatives have re-ignited the sparks and asserted that his death wasn’t natural at all and he was murdered.

Munde’s nephew Dhananjay Munde, a leader of National Congress Party (NCP), has demanded a reinvestigation in his uncle’s death, either by the RAW or by any Supreme Court judge.

A Question Mark on EVMs’ Existence

In the primitive elections witnessed by the country, the voters used to cast their votes in the ballot paper. Electronic voting machine was firstly used by the EC in the by-elections of Kerala Assembly Polls in 1982 as an experiment. It wasn’t even used in all the constituencies but only in a few. It garnered a complained in its debut usage as well. Sivan Pillai, the contender from the Communist Party of India, challenged the credibility of the machine even before the elections began. However, the Kerala High Court dismissed his plea and surprisingly the results came in his favour. To which, the Congress party who was in the opposition, raged its voice and said that the voting wasn’t fair and thus the state witnessed re-elections. The re-elections took place using the ballot papers and Congress won the majority votes. This, however, still couldn’t prove that the previous polls were tampered.

Gradually, the use of EVMs in the elections increased, as it was convenient to handle, protect and carry to places.  The reliability of the machines have always been shadowed by the dense clouds of doubts, but no one till now could ever show an evidence that EVMs can be intruded. The Election Commission, though always maintains that EVM is fool-proof and the most trusted equipment to be used in elections, never fails to scrutinize every possible deformity and loop-hole in the instrument.

Nevertheless, it is true that even a masterpiece builds up with at least a few flaws and no machine can ever be perfect. EVMs face allegations after almost every election from the losing party, but nothing gets proved any time. But, such a grave assertion should always be dealt on a serious note and checked every time a new allegation is put up.

In mere three months, India would be headed towards its 17th Lok Sabha polls. The main battle in the forthcoming elections will be between BJP and Congress. BJP won a sweeping victory in the past elections and it will be a great show to watch where the winds carry the polling waves this time. The occurrence of an event of this immoral nature will surely influence the credibility of the ruling party to at least some extent. The play-off of allegations and counter-allegations among all the political rivals has continued since time immemorial. There is already so much in BJP’s plate that it can certainly not afford to gather more controversies. In the previous elections, BJP alone garnered 31.0% vote share which will get affected if it doesn’t get rid of the blame of EVM hacking as soon as possible 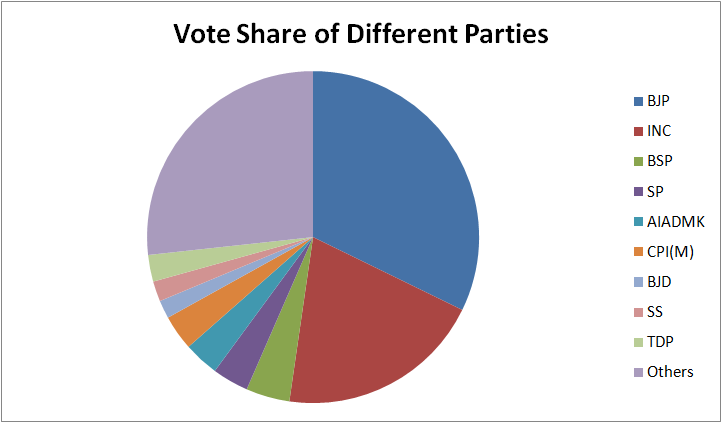 If the allegations of Syed Shuja are true, then proper investigation should be performed by the Election Commission and its severity should be understood by the people as well as the responsible leaders. If the allegations are false, and it is some kind of drama performed to disrupt the vote bank, then the liable candidates or even parties should take the culpability and accept the crime. The democracy of India lies in the hands of these political leaders and their parties, and it is something which cannot be ever compromised with in any way possible.