Top 6 reasons for why Urjit patel may have resigned 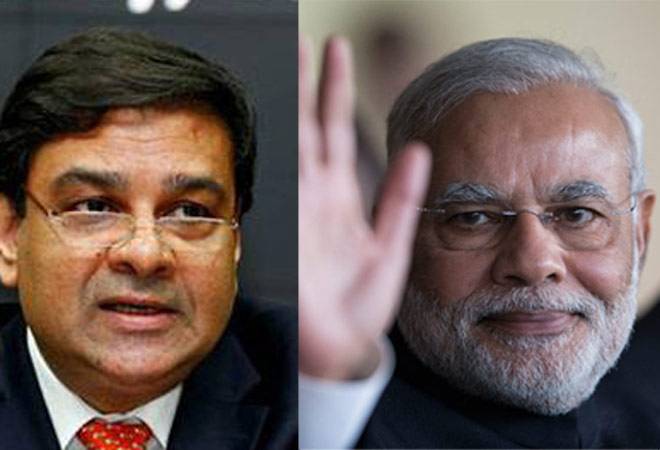 The resignation of Urjit Patel, the ex governor of RBI  from his post came as a surprise to all of us. Urjit R Patel was appointed in the year 2016 and was supposed to serve a term of three years ending by September 2019. But on the grounds of personal reasons he resigned on December 10, 2018. There are various assumptions drawn on this resignation.What was going back stage for a premature resignation? Raghu Ram Rajan, former RBI governor expressed his concern over this and believes it is a matter  of concern.

The tussle between the central bank and government is well known, and all these years we have seen this rift increasing. On many fronts the RBI and Government differ in opinion. Difference of opinion is healthy until and unless the independence of keeping the opinion is taken away. This tussle could very well serve as a reason why Urjit R Patel resigned, but there can be other reasons too, remember November 8, 2016? Ring any bells? Raghuram Rajan resigned in September 2016, 2 months before Demonetization. Is Modi planning Demonetization 2?

This resignation has attracted the attention of people majorly because of the reason that the Indian government is already facing a range of issues which also includes autonomy. And in middle of this the governor of the central financial institution of the country resigns from his post. Another major point that needs to be considered here is that within a couple of days a crucial board meeting was lined up which was supposed to discuss the progress of the issues that were raised by the government nominees present in the board. Due to this reason, the resignation of Urjit Patel is being brought into the limelight.

This is not the first time when the RBI governor is resigning from his post before a crucial move of the Indian Government. Raghuram Rajan the former governor of RBI suddenly resigned from his post in September 2016. After two months from his resignation one of the biggest financial move was taken by the Indian government and that was demonetization. Though, any direct link between his resignation and government’s move has not been established but this fact cannot be denied that one of the “top secret mission” of Indian government that is “demonetization” was discussed with him earlier to its implementation.

According to Raghuram’s statement at the time when RBI was consulted for the first time with the idea of demonetization they made it clear to the government they did not think it was a good idea or a well-planned idea that will fetch any positive results to the government.

Despite of this claim by the RBI, the Indian Government went ahead and two months after his resignation implemented demonetization which resulted in the demonetization of nearly 87.5% of the currency. Many positive and negative repercussions were seen after the demonetization but, the main point here is that it can be clearly seen that there is a clear tussle between the RBI and the government and in order to run the economy smoothly it is important to overcome this tug of war between the two. It becomes crucial here to understand the main reasons behind this sweet mutiny between the government and RBI.

Top 6 reasons why Urjit R Patel may have resigned

PNB Fraud: The PNB fraud (Nirav Modi Scam) is also an important reason behind the blame game between the RBI and the central government where RBI is being blamed to be a sleepy regulator and has left many loopholes in supervision. In counter attack RBI claimed that the regulatory powers offered to them are weak and RBI is not given much powers to act against the banks. This was followed by Indian government claim that RBI has been given enough powers to regulate the banks and to be specific public sector banks.

This tussle was more aggravated when the RBI demanded to remove the members of government from the boards of public sector banks which was rejected by the central government.

NPA: NPA of banks are also a major reason for the increasing conflict between the centre and the RBI. RBI issued a non-negotiable bad loan notification and came up with new norms with an aim to restructure loan. According to new norms 180 day deadline is given to banks to declare a loan as an NPA. Once these 180days are over the stressed accounts need to go to the bankruptcy courts for their settlement. This move of RBI was considered very harsh by the central government.

Interest Rates: The war of words related to interest rates also needs special mention in this article. This is so because the government is asking RBI to cut interest rates in order to boost the economic conditions of the country. This instruction of the government has been beautifully refused by the RBI and this did not ended here, RBI in its reciprocation increased few key interest rates. This reflects that RBI is purposely going against the government and the finance ministry further worsening the relation.

NBFCs liquidity: A similar case of disassociation is seen in the case of Non-Banking Financial Companies (NBFCs) Infrastructure Leasing and Financial Services (IL&FS) crisis. Here government wanted to bail out the IL&FS as this was considered as a major reason behind default on repayments. This advice also was not considered by RBI.

FRDI Bill: FRDI bill was opposed by the central bank.And this is not a hidden truth that government was targeted and criticized by the opposition on this bill.

So, all the above reasons clearly indicate that the relation between government and RBI is fractured. The resignation of Urjit Patel has raised new questions towards this relationship between the two bodies.