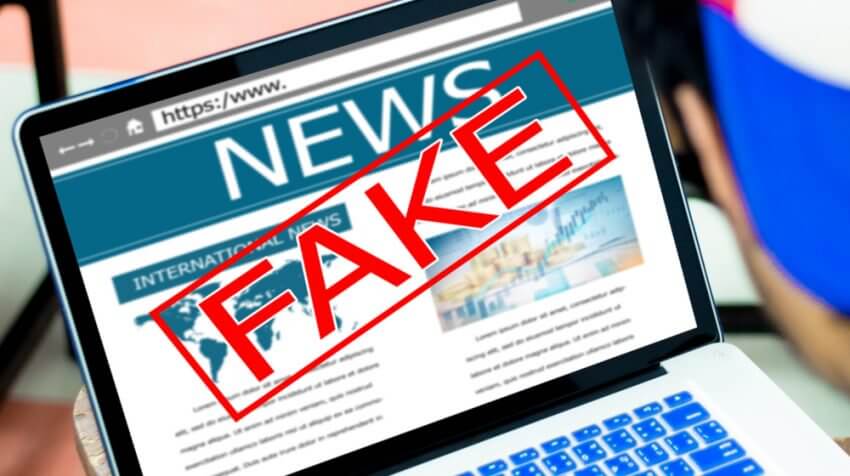 Kerala flood catastrophe which took toll of 324 people’s lives was stricken by malicious news recently. In a condition of this sort where the sufferers are enduring the agony of the deceased kins and their shattered properties, paying attention to such propaganda is highly unlikely. There was the deliberate dissemination of the misinformation which led to the widespread tribulation in the state. Tackling fake news which became one of the hindrances in carrying out the relief operation created problems for the citizens and authorities alike.
To banish the rumour, Chief Minister Pinarayi Vijayan had to take the aid of Twitter. The erroneous information of 123-year-old Mullaperiyar dam’s imminent burst was hence dispelled. The trail of such unauthentic news included churches helping Christians discriminately. These don’t come to a halt here, there were other communities involved, including temples’ aid for Hindus. Below are tips to combat fake news and disinformation.

However, people of Kerala used the very same platform for dissemination of the authentic news which is remarkable in the dearth of time, albeit the rumours obstructed the rescue operation, putting lives of several people in danger. The resolution to combat the fake news in future is the contact number announced by the Army where you can alert people about fake news.

This is an abrupt phenomenon which is not confined to the territory of India. Many more nations including the superpower USA confronts this menacing problem. It has prompted many international conferences and invoked the people of various affected nations.
At an individual level, we must take it as our responsibility to not get incited by such news.

Also Read -   Gujarat Elections 2017: Will AAP be able to win a single seat in Gujarat ?

Here are the seven ways to combat fake news:-

Internet is not only the source of spewing fake news, it has also assisted to counteract them. A recent initiative to curb outspreading fake news in India was taken by the co-founder of the website Check4pam Bal Krishna Birla. https://check4spam.com verifies the news circulated on social media like Facebook and WhatsApp. One can get the news updates on social media checked here.

The moment we get a forwarded message containing news, we must first confirm it through reliable sources like the one mentioned above before forwarding it to others. Blatant and mass forwarding of news that turns out to be bogus after scrutinisation affects the well-being of many individuals. Recent cases of mob-lynching are witnesses as well as victims to it.

Read more – GST Report Card: How it has fared in a year?

Using Google to search the keywords of the forwarded information will open the avenue of links which can be used to verify the news thereafter.

We can tune down the voices of sinister news by creating credible news using reliable and authorised sources. Posting the news that we know is true and backed by verified sources will abate the provocative news. Providing links in the post will turn out to be more efficient.

If the news contains any images or videos we can use reverse image search websites such as https://www.tineye.com/. We must carefully look at the images and videos to catch their illegitimacy.

Do not post about the powerful and raging political issues. Any not-confirmed information dissemination on such topics can lead to persecution by the mob and in some cases even the authority. There have been several cases of detention for social media posts one being the case of Zakir Tyagi who was imprisoned for 40 days for a Facebook post on “Dictatorial” Uttar Pradesh government.

Teach Others to Identify Fake News –

Some innocent social media users are unaware of the prevalent fake news culture. They should be informed and we should take the responsibility to do so. We must teach them how to identify the fake news and what to do after the identification.

Not only citizens and governments are taking steps towards eliminating fake news from social media, social media itself is working on it.

The government of India recently warned WhatsApp to seize the rampant circulation of irresponsible messages in large volumes. This issue was acknowledged by WhatsApp CEO Chris Daniels who in response visited India for five days to address the same. WhatsApp announced its removal of ‘quick forward’ button from the app, now it labels ‘forwarded’ messages, and limits the user’s forwarding ability to 5 groups only. These provisions are likely to decelerate the spread of the hoaxes at the least.