Three Years of Khattar Government: Success and Failures all you need to know 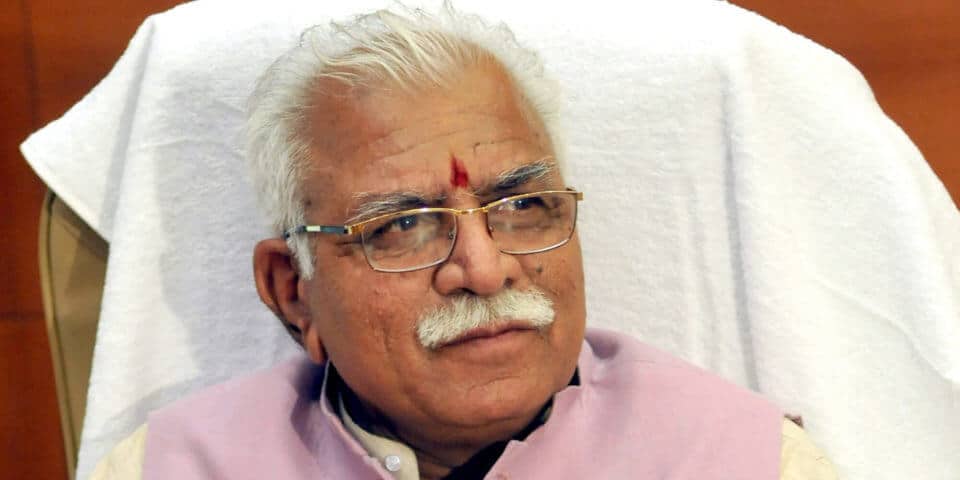 The Khattar government in Haryana is being blamed for all the wrong reasons. It is being criticized for failing to suppress the violence that erupted after the Dera Sacha Sauda chief Gurmeet Ram Rahim Singh.

Manohar Lal Khattar, the present Chief Minister of Haryana was the Chairman of BJP’s Haryana Election Committee for 2014 Lok Sabha Election. In the same year, Khattar was nominated as BJP’s candidate from the Karnal constituency of Haryana for the Haryana Legislative Assembly Election, 2014. Khattar won his maiden election by beating Congress candidate Surender Singh Narwal by a margin of 63, 736 votes. He took the oath as the Chief Minister on 26th October 2014.

His tenure of 2 years and 10 months has witnessed many ups and downs. Even after introducing some great reforms for the betterment of the state, he has been criticized for the violence that took place in the state of Haryana during his reign.

Haryana has been a state having a very low girl child sex ratio. The Khattar government put in all the efforts to change that fact by promoting and implementing women centric initiatives like Beti Bachao Beti Padhao Yojana in the state of Haryana. The state has witnessed a drastic improvement in the Child Sex Ratio, which are 889 girls per 1000 boys.

The roads in Haryana are underdeveloped which leads to problems for commuters and heavy traffic jams. To solve this ruckus, Khattar government announced two new road projects with an aim to improve the roads of Gurgaon. The projects named “Northern Peripheral Road” and “Southern Peripheral Road” would ease the traffic jams and lead to better connectivity for commuters. The speed of the construction has been remarkable, many of the flyover is already constructed and in use. Though, the public of Gurgaon is facing problem due to the extent.

Another initiative implemented by Khattar was the establishment of an all women police station in each district of Haryana. He also announced that around 500 women police constables would be recruited. Apart from this, he launched a 24*7 online portal with the name of “Harsamay” which provided the public a facility to file their complaint online.

Supporting Modi’s Digital India initiative, Khattar also introduced e – services through Common Service Centre that included biometric attendance in all government offices through which attendance of all officers will be available online and monitored.

The Khattar government has been strongly blamed for its failure in curbing the Jat Reservation in February 2016. The agitation in Haryana was such that it “paralyzed the state for 10 days”. According to police reports, the initial phase of the agitation was peaceful where the Jats were organizing peaceful processions at railway stations, etc. But after some days, the procession got violent which involved burning, raping and killing people. The worst affected was the district of Sonepat where women were raped, people were attacked and houses were burnt.

The Khattar government took the Jats lightly and failed to curb the ongoing violence. After the procession got violent, the police were deported to different districts. In some districts, the violence was such that the police could not even enter the vicinity leave aside suppressing the violence.

Khattar faced huge criticism by the public and media houses due to the failure.

Unable to curb the Dera Violence

The Khattar government is recently being blamed for the Dera Violence fiasco. The violence erupted post the arrest of Dera Sacha Sauda chief Gurmeet Ram Rahim Singh on 25th August 2017 after he was found guilty of raping two sadhvis in his ashram. The police of Haryana and Punjab had imposed Section 144 on 22nd August 2017 as a precautionary measure to avoid the violence after the arrest.

The High Court gave its judgment on 25th August 2017 after the police provided surety that precautions were taken to suppress any violence that would erupt. Post the hearing and the arrest of Ram Rahim, supporters started violence in districts of Haryana in huge numbers. The most affected of the districts were Panchkula and Sirsa. Buses were burnt, people were attacked, killed and media vans were broken.

Around 36 people have been reported dead, while the number of injured are rising every other day.

The Khattar government probably underestimated the strength of the Dera Sacha Sauda followers. This proved to be another black hole in the governance of Manohar Lal Khattar.

The Khattar government has introduced many positive reforms but the continuous violence and agitation during his reign has definitely created doubt about his governance among the public.