12 Things You Didn’t Know About Gandhi 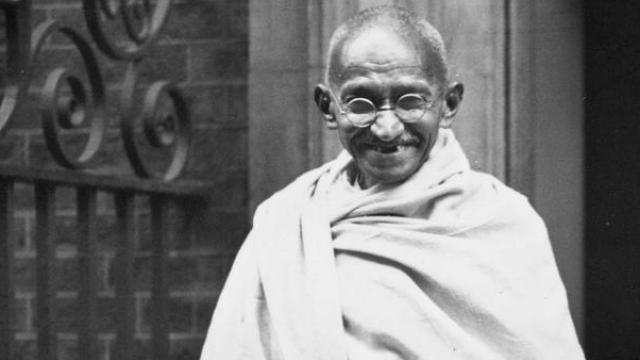 We all love to breathe in free air, but who should we be thankful of? Thousands of patriots have shed their crimson blood for us, and one of them is a noble soul who used to wear dhoti-kurta, held a rustic walking stick, wore a smile on his face, who without any weapon kept fighting for our freedom. Many of us call him Mahatma Gandhi, some Baapu and others Rashtriya Pitta. His name was Mohandas Karamchand Gandhi, as named by his parents. He was born on 2nd October 1869 in Porbandar, Gujrat. His father Karamchand Gandhi was a kathiawar diwan in British time and his mother Putlibai, third wife of Karamchand Gandhi, laid the foundation of his values.
Let’s explore some of the facts that are unknown to the wide audience about our beloved, revered baapu.

Many authors are in stern support of the believe that the name ‘Baapu’ was given to Mahatma Gandhi by Rabindranath Tagore on March 6, 1915 when he addressed him as ‘baapu ji’. The literal translation of baapu in English is father. He was called so because he was seen as holy or god-like.

Mahatma Gandhi got married to Kasturba Makhan at a young age of 13 in May 1883. Kasturba was one year older than Gandhiji. It was an arranged marriage, as the custom was prevalent during that time in the region. They were married for sixty-two years.

Gandhiji went to Britain for his higher education was struggling to adjust when it came to food. He was a vegetarian and getting vegetarian meals in Britain was a problem. Many of his fellow mates tried to persuade him into eating meat, but Gandhi solemnly followed his values and remained a vegetarian. 4. Kicked out of the Coach

In May 1893 when it was brooding cold, Gandhiji was on his way to Pretoria. A white man was not pleasant to see Gandhi—a brown man—in the first-class carriage. Gandhi was ordered to move to the van compartment. Gandhi who was the owner of a first-class ticket refused and was thrown out of the train. At the Pietermaritzburg station, Gandhi stood shivering and waiting for a room. He then made the decision to stay in South Africa and fight the racial discrimination.

5. Gandhi was Mistaken to be a Dalit

When Gandhi on his way to Champaran, halted at Rajendra Prasad’s house. His servants’ thought Gandhi to be a Dalit, an untouchable as he was wearing dhoti-kurta and accompanied by Raj Kumar Shukla, a peasant. They asked Gandhi to not draw water from the well as it can get polluted.

Kochrab Ashram is the nodal point of the commencement of Swachh Bharat ideals. It was found on 25th May, 1915 and located near Ahmadabad in Gujrat. Here the inhabitants were taught to keep themselves and their surroundings clean, sanitation was at focus, education was imparted and hospitals were made.

7. Removed as the Leader of Dalits

In the initial days, Gandhi was seen as the leader of the Dalits, fighting for their right of equality, but after three unsuccessful attempts, he was overthrown by the harijans—as called by Gandhi—which means children of god (now not in use) and Dr. BR Ambedkar became the new leader. 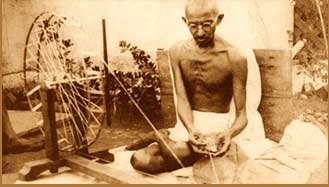 8. Gandhi is not the ‘Father of Nation’

Gandhi cannot be accorded the title of ‘Father of Nation’ because according to article 18, no title except educational and military is permitted. A student, Aishwarya Parashar filed an RTI, Home Ministry replied that no action can be taken by President to declare Gandhi- the Father of Nation.

After the partition of 1947, Gandhi wanted India to give Pakistan their share of the money. which was 55 crores and fought for it. His struggle turned out to be successful as well as unsuccessful: successful because India gave Pakistan 55 crores and unsuccessful because it became the reason for his death. On 30th January 1948 in the compound of Birla House, he was assassinated by Nathuram Vinayak Godse, a member of the political party the Hindu Mahasabha, and a past member of the Rashtriya Swayamsevak Sangh (RSS).

Time Magazine askes about his choice for the Person of the Century in 1999, Steve Jobs responded, “Mohandas Gandhi (father of India’s freedom struggle) is my choice for the Person of the Century because he showed us the way out of the destructive side of our human nature.” He further added, “Gandhi demonstrated that we can force change and justice through moral acts of aggression instead of physical acts of aggression. Never has our species needed this wisdom more.” He has sported Gandhi’s wide rim circular glasses many times and is fond of them.

11. A supporter of the Caste System

“He supported caste. He fought untouchability ( performative end of caste). He wanted the structure to stay but without the behaviour. He did not question the entitlement and ancestral occupation.”- Arundhati Roy during an interview at Laura Flanders Show. 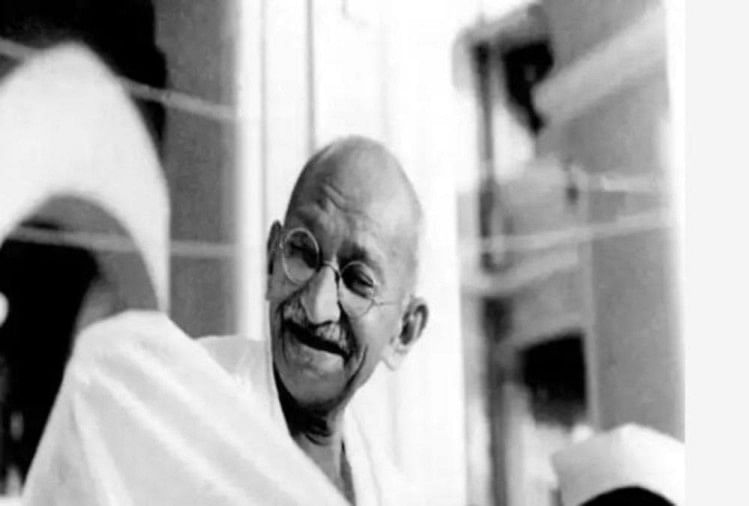 Gandhi had been nominated in 1937, 1938, 1939, 1947 and, finally, a few days before he was murdered in January 1948. He was shortlisted thrice but couldn’t win the prize. “Thus it was possible to give Gandhi the prize. However, Gandhi did not belong to an organization, he left no property behind and no will; who should receive the Prize money?” the committee said according to the Nobel Foundation. Finally, the committee decided not to award the prize at all that year, saying that “there was no suitable living candidate.”

Mahatma Gandhi lived for the country, died for the country. He sacrificed his family life, fought without real weapons, his weapons used were the truth (satya) and non-violence (ahimsa). Do you have any facts about Gandhi that you wish to share? Use the comments section down below and enlighten us all with your knowledge.