The Pulwama Terrorist Attack- Everything you need to know

HOW THE PULWAMA ATTACK HAPPENED

The CRPF convoy moves from Jammu to Srinagar and vice versa on alternate days. However, the convoy from Jammu had plied only thrice in the last fortnight, as snow blocked the road. The jawans were stranded in Jammu since February 4. So on 14th, a convoy of 78 vehicles carrying 2,547 jawans left the Jammu transit camp early in the morning. Most of these men had just returned from their leave and were being taken to their deployment posts. At around 3:15 pm, the convoy was passing through Latoomode in Awantipura. An SUV laden with 350 kg of explosives overtook a bus, 5th in the convoy and rammed into it. The collision exploded the bus and the vehicle with its impact injuring those in the 6th bus as well. 44 soldiers were martyred on the spot along with the terrorist.

RESPONSIBILITY OF THE PULWAMA ATTACK

Soon after this horrific attack, Jaish-e-Mohammad released a video of the Fidayeen terrorist who carried out the attack. The UN-designated terrorist group, Jaish thus took the responsibility of carrying out this cowardly attack. 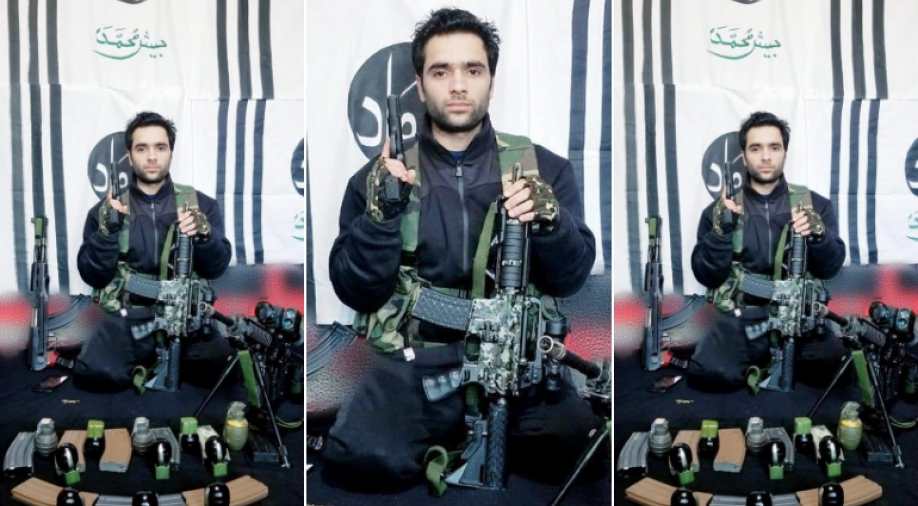 The terrorist, Adil Ahmed Dar, admitted in the video that he joined the organization a year ago. He urged the people of Kashmir to join the fight against India and Indians, whom he referred to as “Gae ka peshaab peene wale”. Brandishing several weapons in the video, he boasted of Jaish’s previous attacks and ended the video by saying “By the time this video reaches you, I will be in heaven”.

The news of this heinous act of terror sent shockwaves across the entire country. Immediately, the NSG commandos and NIA, including its forensic team were dispatched to the location for investigations.  Home Minister Rajnath Singh also took a flight to Srinagar. PM Narendra Modi cancelled his Uttarakhand tour and flew back to Delhi late at night. The next morning, he gave a rousing speech where he vowed vengeance against the perpetrators of the attack.

“logon ka khoon khaul raha hai, yeh main samajh raha hun. Humare suraksha balon ko purn swatantra de di gayi hai.” He said.  “I want to tell the terrorist organisations and their patrons, they have a committed a huge mistake. And for that, they will pay a huge price. I want to assure the country, the forces who are behind the attack, the people who are responsible for it, they will definitely be punished for their crimes.” He further added.

A CCS (Cabinet Committee on Security) was held the next morning, chaired by PM Modi. Addressing the media after the meeting, Finance Minister Arun Jaitley said that the security forces will be taking all the required steps to ensure full security of the nation after Pulwama attack and the perpetrators of this heinous crime will pay a heavy price for it. India also withdrew the ‘Most Favored Nation’ status given to Pakistan. India has thus increased the duty on exports from Pakistan to 200% putting economic pressure on the terror-backing state. Moreover, he said that the Ministry of External Affairs will launch an all-out effort to ensure the complete isolation of Pakistan for having a direct hand in this gruesome terrorist attack.

Hearing the news of the death, the families of the CRPF Jawans could not hold back their emotions as they expressed their anger and sorrow for this gruesome act. Amidst this, one voice stood out. Martyred soldier Ratan Thakur’s father said that he sacrificed his son for Mother India and would also send his other son to fight for the country. But, he added, Pakistan must be given a befitting reply and asked for vengeance against the country harbouring the terrorists. 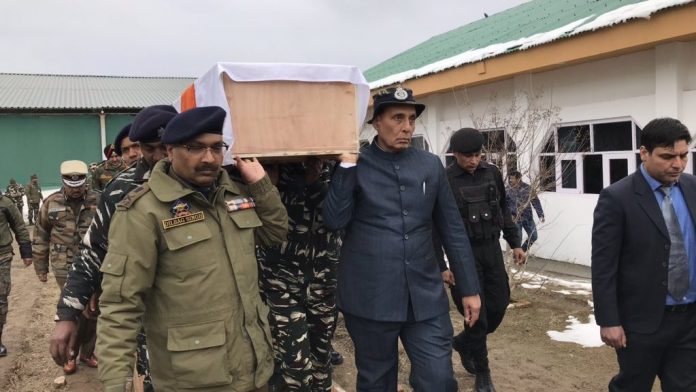 While in Srinagar, Rajnath Singh reviewed the security. He was also seen lending a shoulder to the mortal remains of a martyred soldier. The coffins of those brave hearts, when brought to Palam airport, Delhi, were paid tributes to by the Prime Minister as well as several other opposition leaders. The country mourned as the visuals emerged of the coffins of these martyred soldiers reaching their hometowns to streets filled with crowds, waiting to pay tribute to their brothers.

In the aftermath of this attack, foreign secretary Vijay Gokhle addressed the envoys of several countries in India to apprise them of Pakistan’s involvement in India. Heads of 25 states, including the P-5 met Mr Gokhle as part of the diplomatic process initiated to isolate Pakistan in the global arena. Continuing with its swift efforts, the Government also ordered to remove the security covers provided to the Hurriyat leaders.

REACTION TO THE PULWAMA ATTACK

Indians poured their hearts out at against this dastardly attack. In the immediate aftermath of the attack, anti-Pakistan protests began in Jammu. The protests got violent at several places leading to curfew being imposed in the city. Protests were carried out in other cities as well. Pakistan High Commission, New Delhi, witnessed a massive rally. Ironically, the HC was guarded by CRPF soldiers, who made sure the protestors stayed clear of the HC’s gates. Even in such times, they carried out their duty with utmost diligence, conforming to their motto: Service and Loyalty.

While the majority of the people mourned the loss of the brave men of CRPF, many, including some politicians, had other ideas. RS Surjewala’s first reaction was to take a political jibe at the PM taunting his 56-inch chest remark. Navjot Sidhu later refused to acknowledge the role of Pakistan in this attack citing that ‘terrorism has no country’. A journalist, with pro-INC leanings, Sanjukta Basu, indicated that the attack was a conspiracy of the PM! Some other journalists also stated the same, remarking that since elections are near, the attack might be staged by the government. Some personalities asked to engage in talks and dialogue to seek a solution. While others sought to rationalize this act by saying that the terrorist chose this path due to actions of the Indian Army. Even more, some intellectuals brought out the castes of the martyrs.

There were also people who rejoiced at this attack. People from several cities took to social media to celebrate this act. Many said that this was the enemy’s surgical strike on us. Parallels were also drawn to the recently released film, Uri. Some people also made fun of the Indian army as well as stating how it was Karma for their actions in Kashmir. FIRs were registered against these citizens and many of them lost their jobs or were suspended. The tensions further escalated as Kashmiri student in some parts of the country were threatened and attacked by the other people. The journalists jumped at this opportunity to cite their rhetoric of Communal terror, even in such time of mourning.

Nonetheless, there were many voices of our country who sought retribution for the Pulwama attack. They called for an end to even cultural ties as they have hardly helped the Indo-Pak relations. Akshay Kumar donated 5 crores to the families of Martyrs and urged others to make a contribution as well. PAYTM, the digital payments app has already raised 10 crores for the families. Reliance Foundation, took the responsibility of the children of the martyrs, promising to take care of their finances, from education to jobs.

It is unfortunate that even in such trying time, we have several divisive voices. But let’s hope that better sense prevails and the only voice heard, should be the voice for justice- Justice for our brave CRPF men and their families. Their sacrifice should not go in vain. An adequate response is needed, soon and one that puts an end to such gruesome activities for good.