A new NSSO report, yet to be brought in the public domain, has provided appalling figures of rising unemployment under the Modi government. National Sample Survey Office’s (NSSO) periodic labour force survey has shown that India’s unemployment rate hit a 45-year-high of 6.1% in 2017-18. The data pertains to the period between July 2017 and June 2018.
This report is important for two reasons. It is the first official report citing the unemployment statistics of the country since the demonetization move of PM Modi and thus will be scrutinized with a keen eye. Moreover, last week, 2 members of National Statistical Commission (NSC) including its acting chairman resigned due to the report being withheld by the government despite NSC’s approval. This further raises questions over the data that the report holds.

Although NITI AAYOG’s Vice Chairman said that the report is not final and needs to be corroborated with other data, one cannot ignore the alarming numbers of this rising unemployment.

WHAT THE NSSO REPORT SAYS
While the original and final survey will be out in March, some numbers of the survey have been released by Business Standard. According to the survey, Unemployment is higher in Urban Areas (7.8%) as compared to rural areas (5.3%).
For rural male youth (aged 15-29) unemployment went from 5% in 2011-12 to 17.4% in 2017-18. For rural women in the same age group, joblessness went from 4.8% in 2011-12 to 13.6% in 2017-18. The educated rural youth also have a similar fate. For educated rural females, the unemployment rate ranged from 9.7 per cent to 15.2 per cent during 2004-05 to 2011-12 which rose to 17.3 per cent in 2017-18. For educated rural males, the unemployment rate stands at 10.5 % for 2017-18.
The rate of joblessness for urban youths was a whopping 18.7 per cent for males and 27.2 per cent for females. Yet the veracity of these numbers is yet to be examined.
The EPFO data has shown that 4.8 million additional jobs have been created. So while NITI AAYOG’s VC refused to comment to the NSSO report citing that it lacks quarter to quarter data, Chairman Amitabh Kant said that “we are probably not creating high-quality jobs”. This is in relation to the fact that while jobs have been created for new entrants, the current demographic, particularly from the primary sector, demands jobs of much higher grade.
The Unemployment rate according to the report is at its highest since 1972-73, yet a final conclusion can be drawn only when the official report is published. 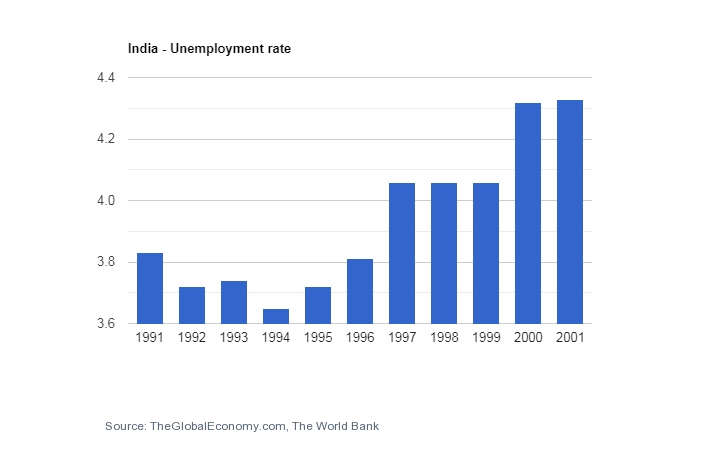 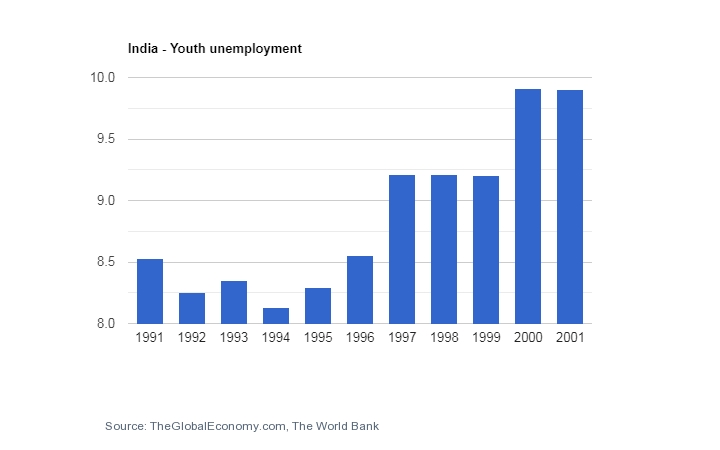 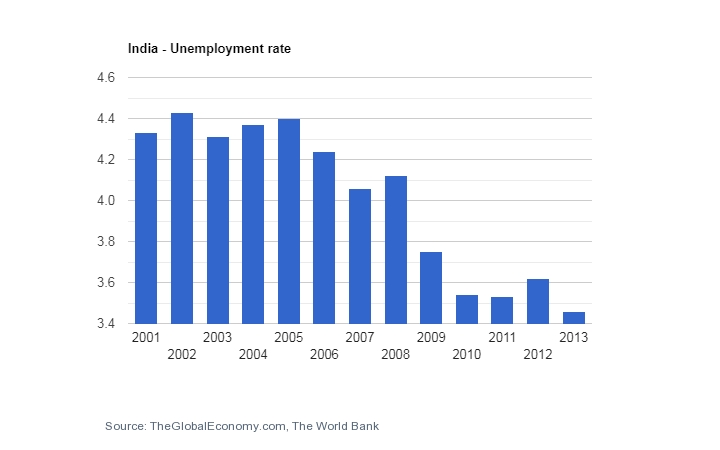 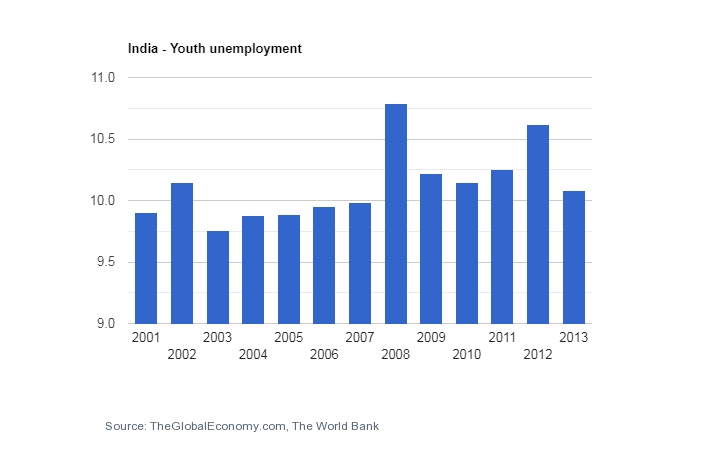 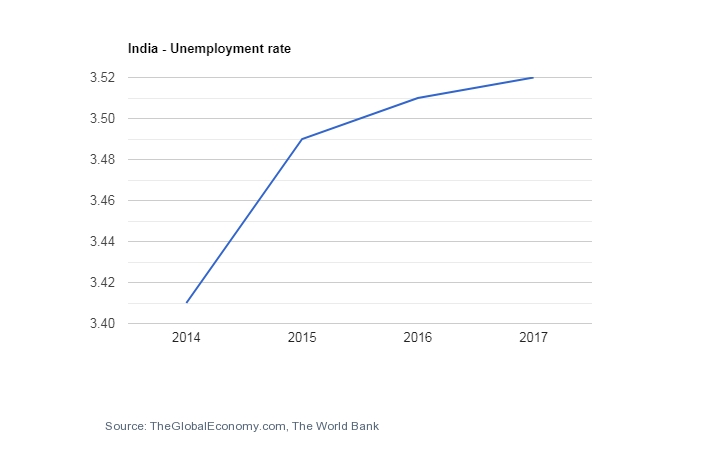 If we look at the numbers from February 2018 till January 2019, we can see a high rate of unemployment under the Modi government. February 2018 witnessed a total unemployment rate of 5.93%. In March while the urban unemployment rate fell to 6.20% from 6.72%, the rural rate was 5.94%, up from 5.52%. July 2018 witnessed the lowest rate at 5.70%. Rural unemployment’s ebb came in May with 4.65%. December 2018 saw unemployment levels crossing the 7% mark in all the categories. Though these are still projections, the ramifications of these numbers can be catastrophic.
PM Modi rose to power in 2014 with a vision to curb the menace of unemployment. Yet with the next elections already looming, the unemployment situation is worse off than 2014. Though NITI AAYOG and Labour Bureau have cited positive numbers of job creation over the years, the joblessness has also increased simultaneously. According to The World Employment and Social Outlook–Trends 2018 report by the International Labour Organization, released on 22 January 2018 “As many as 18.3 million Indians were unemployed in 2017, and this unemployment is projected to increase to 18.9 million by 2019”.
Demonetization, for all its good intent, rendered thousands jobless. Another reason can be that now more people are leaving the agricultural labour force yet there aren’t enough jobs to suit their skills. Add to this the workforce from other sectors and the unemployment situation worsens even more. We also lack comprehensive data for the unorganized sector that can further darken India’s unemployment picture.
The Indian GDP has risen well in these last four years with Indian Economy scaling new heights. One reason for this is India’s favourable demographic dividend. Yet to accommodate this young population, the unemployment rate needs to be contained soon. Although the unemployment rate seldom declines below 4-5 per cent even during boom times, an indication that it is touching 6% is not a good sign for our economy.

Also Read -   What is the Strategy of Congress in Madhya Pradesh?

The situation needs to be tackled with utmost diligence and in regard to the economic fundamentals. With the NSSO report due in March, its number can play a major role in the LS elections just around the corner. Even if the current claims are proved false due to the official report, there’s no denying that the rising unemployment levels have been a major blot on Modi government’s report card.