PM Narendra Modi in his address to the nation on Tuesday announced the Extension of Pradhan Mantri Gareeb Kalyan Anna Yojana which provides Free Food Grains to more than 80 crore people. The monsoon season in India marks the beginning of festivities in country. Modi said keeping in mind, the expenses incurred by families in times of festivals, the Pradhan Mantri Gareeb Kalyan Yojana will be extended till November. PM announced that “80 crore people will be given free grains for the next five months. These families will be given 5 kg of Rice or Wheat and 1 kg Chana every month.” 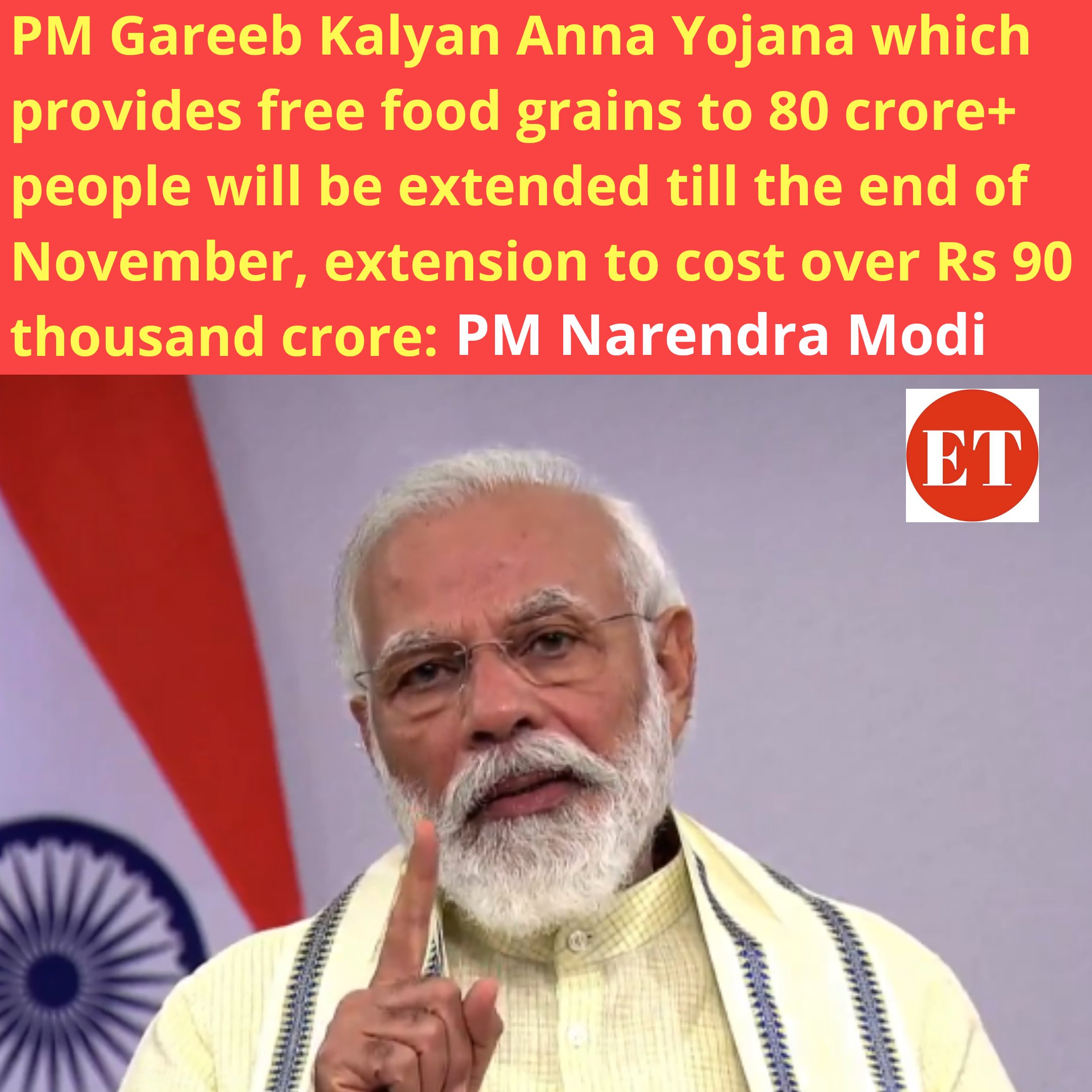 The Pradhan Mantri Gareeb Kalyan Yojana of Rs 1.75 lakh Crore was announced in March by the Government. PM Modi listed the benefits provided under the PMGKY through various schemes. PM said “Till now government has provided free food grains to 80 crore people without charging a single rupee. Government has transferred 18,000 crore Rs. in the account of 9 crore Farmers . Also 31,000 crore rupees to people who lives under poverty.” As compared to America we have given 2.5 times free rashan to the people, he added. Modi mentioned that the Government has also implemented “One Nation One Ration card” system.

Prime Minister Narendra Modi thanked the Farmers and Tax Payers of the Nation saying that if Government is able to provide these benefits to the poors, The credits for this goes to farmers and honest taxpayers of the country.

Tuesday’s address came a day before the country enters the second phase of the lockdown. In Unlock 2, there will be relaxations in the night curfew and easing of curbs outside the containment zones. The guidelines for Unlock 2 was issued by the Union home ministry on Monday. The containment zones will continue to have tight curbs till July 31.

Expressing Concern about the rising negligence in Personal and Social Behaviour PM Modi said, “With Unlock 1.0, a lot of carelessness is being observed in people’s behaviour. And this is rising at a time when we need to be more alert. This is a dangerous trend. People had followed rules properly during the lockdown period, we were maintaining social distance, wearing masks and washing hands for 20 seconds. They need to continue to follow those rules even now. Be it the Pradhan of a village or the prime minister of the country, no one is above the law.” He added that “Once a PM of a country was found not wearing mask, so he was fined with Rs 13,000.” 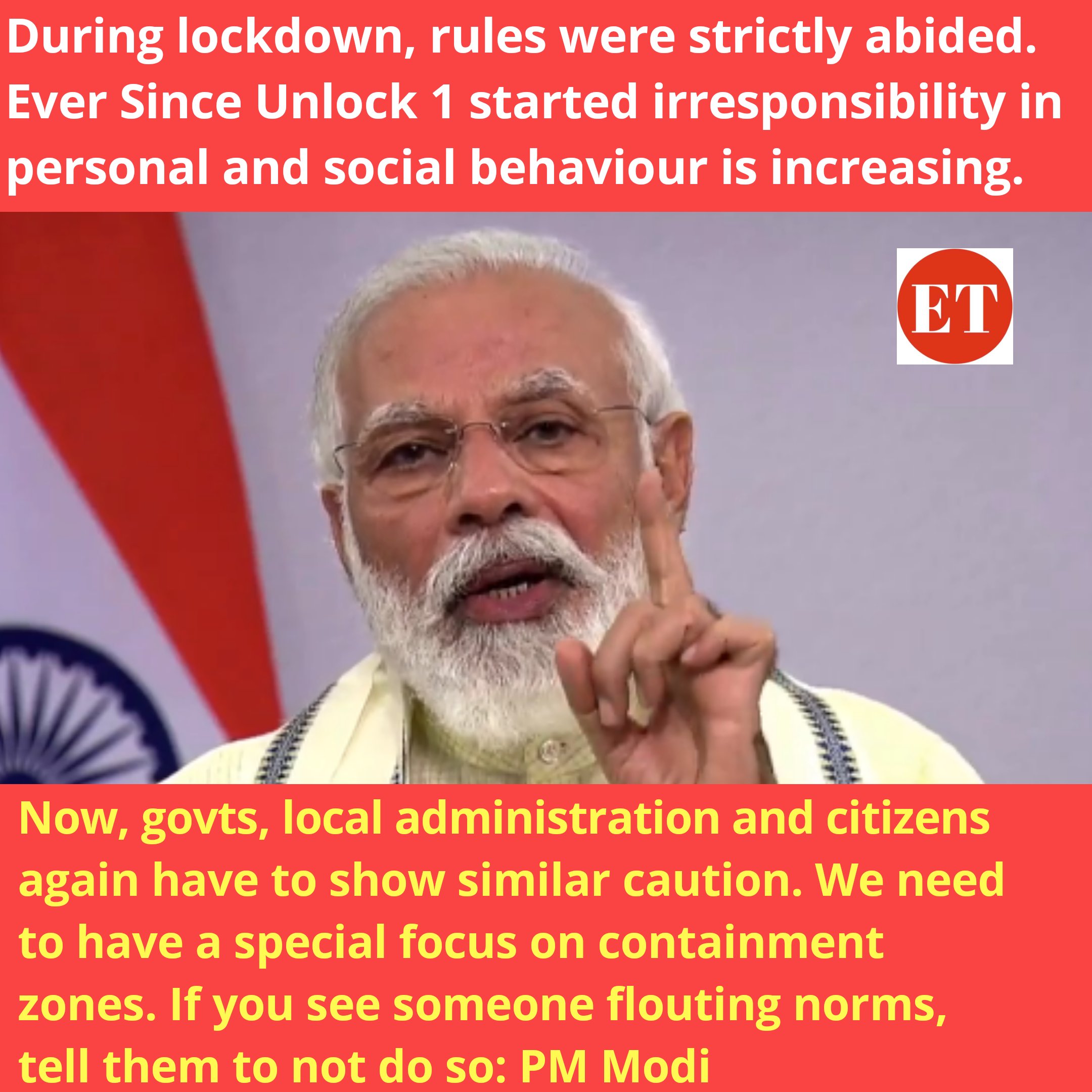 Death rate as compared to other countries is still under control, this is because of the lockdown we were able to save more lives. He urged the people of the country to keep following social distancing and other Covid-19 protocols as the country enters in the phase of relaxations, called Unlock 2.

“The state governments, local administration and citizens again have to show similar caution. We need to have a special focus on containment zones. If you see someone flouting norms, tell them to not do so,” PM Modi said.