Petrol Price in India – Is it hiked under Modi Government?

Petrol and oil are one of the most important natural resources all around the world. It is important due to its importance in industrialisation and transportation services. For a common man, its most important way of transport such as car or motorcycle requires petrol. Not only this, the overall inflation rate also goes up with the increasing petrol prices due to the fact that all commodities are now a product of industrialisation. Petrol, being a natural resource needs to be exploited from the areas where it is abundantly available as it is a non-renewable resource. Changes in petrol prices, therefore, affect the whole economy. In India, petrol prices have changed period after period. It is important to note the price difference between different governments since independence as well as its relation to international crude prices.

In the initial years of independence, not much attention was given to the petrol prices as it was not a basic necessity of common people as transportation like cars was owned by fewer people. It received a certain jump in the 1970s due to the growing demands of people. Cars became common since the 1970s and so the petrol prices started going up. The following graph represents the crude oil prices since 1861 and how it received a certain jump after the 1970s. As petrol is a non-renewable resource, it cannot be reused quickly so its prices increase with its scarcity patterns. Petrol was used even before the 1970s, however, it was not considered as a scarce resource. As people started using it more with increasing demands, its price and inflation also grew.

Also Read -   What is the Relevance of Caste in Politics? 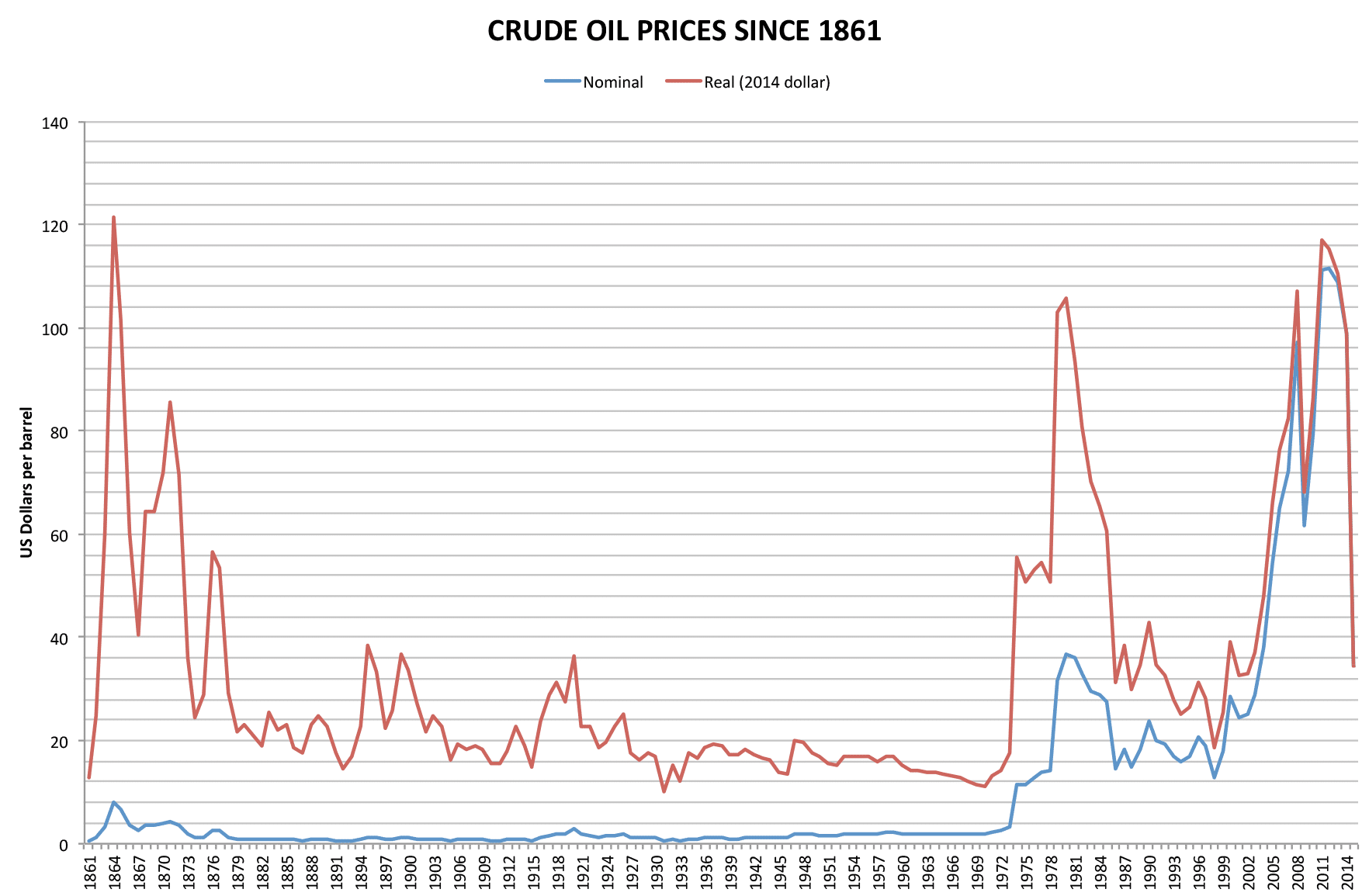 In the 1990s again the petrol prices faced a certain fall due to the disintegration of USSR, one of the two rival superpowers and the end of the cold war era. In this period, many of the allies of USSR faced an economic crisis. India as well faced an economic crisis in this period. Therefore, in order to tackle this situation, many countries shifted to a capitalist mode of production. Once the Eastern European countries and other allies of USSR shifted to capitalism, the demands started growing again and economic condition improved. This again raised the price of petrol within a decade. After the international crisis, it is now important to note the petrol prices specifically in India under different governments.

The following graph represents the fuel prices under UPA government since 2004-14. 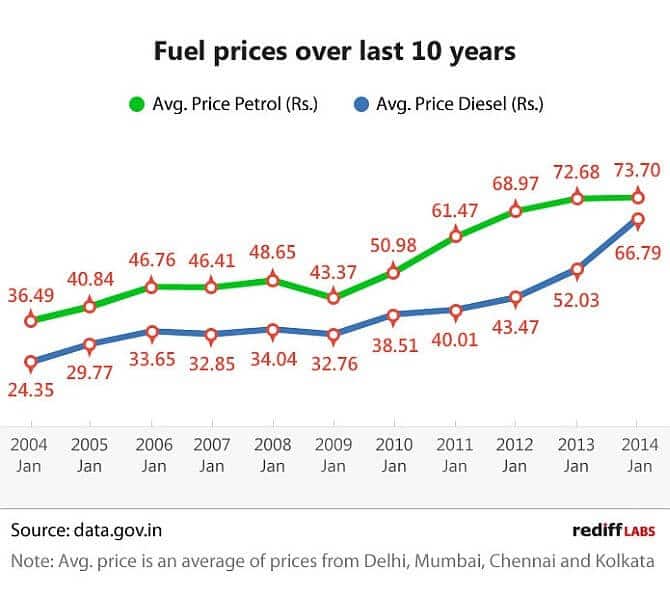 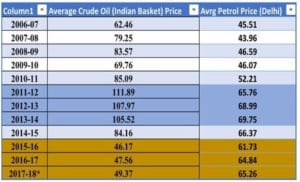 In the first tenure of  UPA (United Progressive Alliance), the petrol and diesel prices increased at a slow rate and received a setback of prices in 2009 which make us wonder of their electoral strategies to gain power again. In the second tenure of UPA, the petrol and diesel prices increased at a much faster rate which increased the cost of transportation as well as inflation in the country. People were highly disappointed and thus wanted the government to take steps to decrease the prices. In 2014, as the NDA (National Democratic Alliance) came to power, it was expected to lower the prices. The following table shows the prices of petrol for 2006-18.

As we can notice, there has been a price drop since 2014, however, not much of difference has been brought. NDA has improved the condition but has certainly not reached the expectation of people. However, as we can notice the price of petrol has been rising under both the governments due to some unavoidable reasons such as increasing demands and scarcity of natural resources, however, it is important to note the pace of price growth under both the governments. Along with this, this excess use of petrol and crude oil has also led to the destruction of the environment. People are therefore facing problems at both the level. They are even paying high prices for these resources as well as are living in a harmful environment.

As petrol has now become an important part of the economy, the exploitation of the same has led some countries to prosper. The middle east region of the world has the largest reserves of oil and have therefore received a lot of money from their natural resources. Strong countries like the US have also recognised its importance and have indulged in several wars for exploitation of this natural resource such as the gulf war.

The governments of the world should realise the fact that certain alternate resources of energy can also be used for power generation such as solar power energy and hydro energy. This would not only help meet the needs of people but also it is good for the protection of the environment as they are renewable sources of energy. Petrol prices also, however, can be taken care of at the moment, till a certain level by the governments and can tackle the needs of people in especially a country like India which is still in its path for development and cannot easily shift to alternate sources of energy immediately.