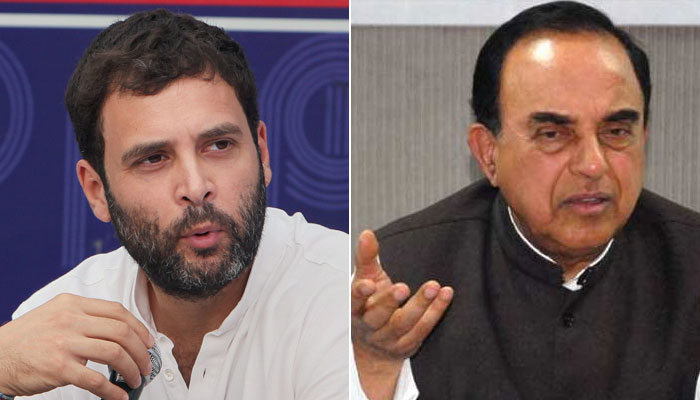 National Herald was a newspaper founded by the first Indian Prime Minister Pandit Jawaharlal Nehru in 1938. It was published by The Associated Journals Limited (AJL), an unlisted public company. Due to fall in circulation and shortage of finances, the newspaper was closed in 2008.  Following the closure, AJL became a real estate firm with properties in Delhi, Lucknow and Mumbai. In 2010 it was discovered that they were indebted with Rs. 90 crore which was given by Congress Party.

Young Indian Private Limited (YIL) is a charitable organisation which has 76% of its shares allegedly owned by Rahul and Sonia Gandhi. Interestingly, in the same year 2010, it bought AJL with a modest amount of Rs. 50 lakh along with its debts. Eventually, the real estate property under AJL amounting to Rs. 2,000 crore was also acquired by YIL. The debts AJL owned to the Congress Party were washed off and were now transferred to YIL.

In 2012, BJP leader Subramaniam Swamy filed a case against the Congress leaders Sonia Gandhi and Rahul Gandhi for carrying alleged illegal activities under AJL including the land grab, improper financial conduct and defrauding AJL’s minority stockholders.  Swamy alleged that YIL had “taken over” over the assets of the defunct print media outlet in a “malicious” manner to gain profit and assets worth over Rs 2,000 crore.

In his complaint, Swamy had alleged that the Congress paid Rs 50 lakh and gained the right to recover Rs 90.25 crore that to the Associated Journals Ltd (AJL), owner of the National Herald newspaper, owed to Congress party (this was given to start the newspaper earlier) – paper was established by the first prime minister of India Jawaharlal Nehru – violation of Section 269T of the Income Tax Act, 1961 is alleged. The complaint has also alleged that the loan given to AJL was “illegal”, as it had been taken from party funds as the Representation of the People Act, 1950, does not allow a political party to give a loan.

The complaint was filed in Court arguing that sections 403 (dishonest misappropriation of property), 406 (criminal breach of trust), 420 (cheating and dishonestly inducing delivery of property) and 120-B of the Indian Penal Code (Criminal Conspiracy), 1860 have been attracted by the accused through certain transactions.

Apart from the Gandhis, Congress treasurer Motilal Vora, general secretary Oscar Fernandes, journalist Suman Dubey and technocrat Sam Pitroda were also named in the case as they were representing remaining 24% shares in YIL.

Congress’ Stand on the Case

The Congress maintained that YIL was created “with the aim of charity” and not for profit. It claimed there was “no illegality” in the transaction, as it was “merely a commercial transaction” for transferring shares of the company. It also raised objections to the complaint filed by Swamy, labelling it as “politically motivated”.

The magistrate who summoned the accused to appear in the court stated that as per the evidence, YIL appeared to have been created as a sham or a cloak to convert public money to personal use and to acquire control over AJL assets. The defendants then filed an appeal in the Delhi High Court against the summons issued by the Magistrate.

After the Delhi Court dismissed the appeals of Sonia, Rahul and the other accused, the leaders have moved the Supreme Court. On 12th February 2016, the SC ordered Sonia and Rahul to face trial proceeding in the case, even though they were granted exemption from appearing at the Patiala House court proceedings.

The Supreme Court on 4 December 2018 allowed the Income Tax Department to re-assess the tax of top Congress leaders Rahul Gandhi and Sonia Gandhi for 2011-12 in connection with the National Herald case.

The apex court, however, restrained the department from “giving effect” to its order in the proceedings against Rahul, who is the Congress President, and his mother Sonia till the pendency of the matter before the court.

Is it a mere political vendetta by Modi government?

On many occasions various congress leaders labeling this entire Herald case to be a political vendetta by Modi government. On the other hand BJP counter attacking Congress stating that it was a private complaint and government had nothing to do with it.In this political roller-coaster, while the National Herald case has come as a big shot in the arm for the government, nothing could have been any worse for the Congress.

What Nehru-Gandhi family fears the most is that the National Herald matter happens to be the first major setback in a corruption case to directly hit it in about 30 years since the Bofors scandal heavily dented the then prime minister Rajiv Gandhi’s image. The Congress lost power then and the family suffered immensely after that. Similarly, the National Herald case has the potential to gobble up whatever is left of the Congress and help fulfil Modi’s dream of a “Congress-mukt Bharat“.

No wonder, in a scenario where they have everything to lose, Rahul and Sonia Gandhi have gone to the extent of turning a legal battle into a political and parliamentary one. While Sonia is invoking former Prime Minister Indira Gandhi by saying she is her daughter-in-law and she won’t be scared of anyone, Rahul is alleging “100 per cent political vendetta coming out of the PMO”.

Let’s just wait and watch for the next hearing of SC on the case which is to be held on 8 Jan 2019. Whether the ball is in the BJP court or Congress!