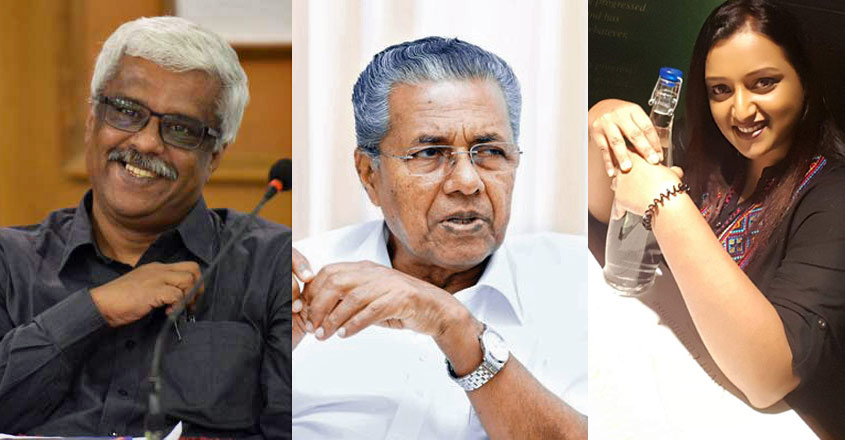 The Kerala gold smuggling case which erupted on July 5 has rattled the state government, especially due to the alleged involvement of a top bureaucrat who was close to Chief Minister Pinarayi Vijayan. Though the bureaucrat was transferred immediately, the Left-front government continues to face the ire of the Opposition.

Commenting on the matter, the External Affairs Ministry said, “We are in the touch with UAE authorities regarding an investigation in this matter.” Shortly later, CM Vijayan said that former principal secretary to CM, M Sivasankar, has been suspended pending an enquiry, based on a probe report submitted by a panel headed by the state Chief Secretary. “Departmental enquiry against him will continue,” Vijayan said.

The National Investigation Agency had on July 10 registered a FIR against Sarith PS,Swapna Suresh and Sandeep Nair of Thiruvananthapuram, and Fazil Fareed of Ernakulam under the Unlawful Activities (Prevention) Act, 1967.

The phone call records of Swapna Suresh reveal that the accused was in regular touch with the Higher Education minister KT Jaleel. According to the Call Detail Record (CDR), KT Jaleel had made several calls to Swapna Suresh, the second accused in the well-structured smuggling racket, which is being probed by the NIA and Customs. The details revealed that the minister and Suresh exchanged several calls in the month of May and June. Jaleel’s two personal staff members were also in touch with Suresh.

According to the National Investigation Agency, Swapna Suresh and his accomplice Sarith Kumar, both former employee of the consular office, were actively involved in arranging the diplomatic papers for the delivery of the consignment. Swapna Suresh is currently working as the marketing liaison officer Space Park under the Kerala State IT Infrastructure Limited (KSITIL) that comes directly under the IT department.

The alleged links of accused Swapna Suresh with Pinarayi Vijayan had also surfaced after it was reported that Vijayan’s principal secretary M Sivasankar was close to Swapna Suresh. Now, the CDR has revealed that M Sivasankar was in touch with Sarith P S, the first accused in the high-profile case. The two exchanged several calls, mostly lengthy ones, days before the matter came to light. Sivasankar too called both Suresh and Sarith.

Meanwhile KT Jaleel while speaking to the media, said that he spoke to Suresh only about official matters as per the directive of the Consul-General. “I got a message from the Consul-General saying that Ramzan food kits are ready with them for distribution. He wanted me to get back if I was interested. Subsequently, I was asked to contact Suresh as per the direction from the Consul General. The conversations were purely official,” he said, adding that he was not aware that Suresh was not a Consulate staffer any more.

However, the call details contradicted the minister’s statement as it revealed that the minister was in touch, and made several calls to the accused even after Ramzan.

The United Democratic Front on Friday submitted a ‘no-confidence motion’ against the Vijayan government in connection with the case. Ramesh Chennithala, the Leader of Opposition in the Kerala Assembly, said that Congress MLA VD Satheesan had moved the notice. “We have given a  notice for no-confidence motion against the Kerala government in the Assembly Session scheduled to begin on July 27. The government is surrounded by many allegations, especially the recent one which involves links of the Chief Minister’s Office with gold smuggling mafias,” Satheesan said.

Cops have also conducted raids at a jewellery store in Kozhikode in connection with the gold smuggling case. They claim that the smuggled gold could have been handed over to individuals at the store. Meanwhile, raids were also conducted at the residence of Fazil Fareed. India is expected to seek deportation of Fazil, who runs a gym in Dubai.

Aboobacker and Abdul Hameed have been arrested by the Customs department in connection with the case. Both of them hail from Malappuram district.

READ| What Steps are being taken by Modi Government to Boost the Indian Economy ?