How has the Kejriwal led government performed till now? 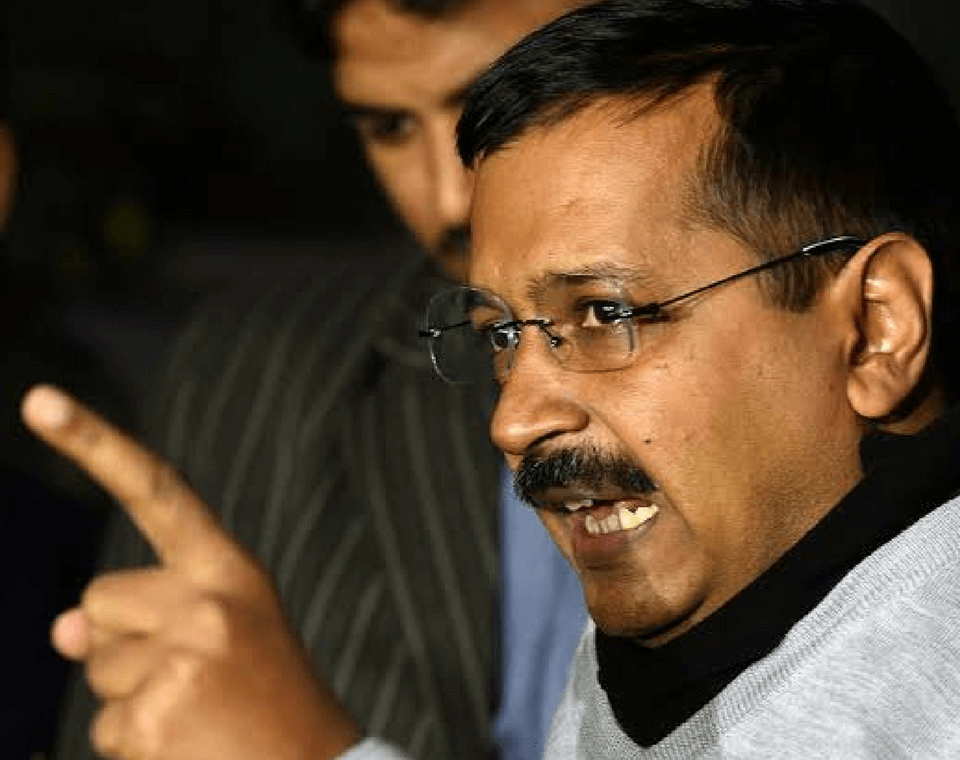 Controversy’s “favorite child” Arvind Kejriwal, has had relatively fewer prime time bytes in a while now. Having faced an immense setback in the Delhi Municipal Corporation Elections in the last cycle, the activist turned leader seems to be working on changing the perception of himself and the party. With two years left in office, post a historical mandate for his party, Kejriwal needs to work fast to get past the disenchanted voters in the capital. The capital continues to face serious hazards in the domains of environment and women safety. Here’s a peek into how Kejriwal government has performed by now.

How did Kejriwal’s government face the Election Commission’s recommendation to disqualify 20 AAP MLA’s?

The Election Commission in a recent move has sent out a recommendation to disqualify 20 sitting MLAs of the AAP, which came out as a big blow to Kejriwal. The recommendation the result of a discovery which found all of them to be guilty of holding ‘Office of Profit’ as parliamentary secretaries. The charge is of constitutional violation and forms the ground for disqualification from office. Earlier, last year, President Kovind had refused to give assent to a proposed amendment to the Delhi Members of Legislative Assembly (Removal of Disqualification) Act, 1997. This amendment proposed to exempt the positions of parliamentary secretaries from being termed as an ‘office of profit’. The Delhi High Court refused to hear an interim plea to get a stay on the order and is scheduled to hear the petition on January 21, 2018. The matter has now got the assent from President Kovind. In the event of by-polls being scheduled in the capital, the party will face an uphill task to maintain, if not, increase its stronghold in the assembly. Congress and BJP have already raised the demands of Kejriwal’s resignation, while he has assured people that truth will prevail in the matter.

Is Kejriwal successful in “Nationalising” AAP to contend in General elections 2019?

The national ambitions of the party were hampered in successive polls in 2017. With a resolve to win Punjab, the party had hoped to replicate the electoral success in all subsequent polls. However, things took an entirely different turn, as AAP managed to score just 20 seats in the Punjab elections, leaving Congress as the biggest beneficiary of the anti-incumbency. This was followed by a humiliating defeat in the Goa Assembly Elections which saw all 48 candidates lose their deposit. Thus, Kejriwal’s aspirations of being a contender in the General Elections of 2019 have taken a severe hit.

Also Read -   Where is Delhi Heading in the Fight Against COVID19 ?

Is it true that Kejriwal government failed in targeting Modi?

The animosity between AAP and BJP is no secret and Arvind Kejriwal never lost an opportunity to engage in name-calling politics targeting the Prime Minister, and even BJP indulged equally in the same. Many felt that these attempts were in bad taste, as the barrage of tweets soon began to build a perception of the party. This exercise within the party soon turned into a talking point, where AAP leaders were focusing on criticisms rather than effective counter-arguments. Thus, Kejriwal’s credibility came into question for the former activist with no alternative solutions soon came across as a cynic.

Where will the internal conflicts among AAP members lead Kejriwal to?

The ouster of Yogendra Yadav and Prashant Bhushan after they questioned Kejriwal’s style of administration, lead to serious doubts about the national convener’s prowess of handling the party administration. The incident also resulted in dampening the spirits of the party cadre and that in turn is believed to be the reason behind the inception of the whole ‘office of profit’ controversy. The defeat in the MCD elections has not helped in changing the perception and the motivation of the cadres. They have also been affected due to the dismal show in various assembly elections. Unconfirmed reports also suggest a growing rift between Kejriwal and senior AAP leader Kumar Vishwas, who openly attacked the AAP government over corruption charges after the MCD elections. However, it is unlikely that Vishwas will be asked to leave the party in order to prevent another controversy from bubbling up.

Arvind Kejriwal’s choice for the Rajya Sabha elections – party leader Sanjay Singh, businessman Sushil Gupta and chartered accountant N D Gupta, were also met with criticism.Yadav and Bhushan publically slammed the nomination of Sushil Gupta, citing his inadequate experience. Expressing his disdain, Yadav tweeted, “I used to say, whatever his other faults @ArvindKejriwal cannot be bought. Defended him against Kapil Mishra’s allegations. Now I don’t know what to say. Speechless, ashamed and numb.” Bhushan too took to Twitter to express his disappointment and wrote,

“AAP giving Rajya Sabha tickets to people who have not distinguished themselves in public service & have no expertise on anything to qualify for the RS, by ignoring the voices of volunteers, is the final denouement of a party which started with such promise & is now totally degenerate.”

Kumar Vishwas also launched a scathing attack against the chief minister over his choice, in an interaction with the media soon after the names were announced.

How Kejriwal government has performed by now?

With two years left in office, the AAP government seems to have shifted focus on its election promises. The party has done well, in the area of education, concerning the issues around capping heavy tuition fees, specifying the number of seats for Delhi students exclusively for the pursuit of higher education, etc.The Mohalla Clinics which have been a defining initiative of the government, are being run successfully in some parts of the state. However, the government is nowhere close to achieving the target number of facilities. Despite gaining international coverage, the initiative failed to make an impact in the MCD elections. The government has also been ineffective in controlling the toxic levels of air pollution in the capital. Schemes like the odd-even rule and regulated ban on construction work to control dust have not really made a difference, though the bold initiative was a welcome step.

Also Read -   Shashi Tharoor thinks there is no Modi in 2019. Why there is a chance it can be true?

The transport mechanism is heavily overburdened with only about 6500 buses plying in the city. With a promise of adding a total of 10,000 buses through its tenure, the AAP government has not been able to add a single bus to the fleet so far. There is little progress in the areas of designing new roads and maintaining the existing ones. The plans for redesigning the atrial roads to enable their decongestion have not been pursued either. Numerous other flagship promises like availability of free Wi-Fi in public spaces, free ambulance services across the city, setup of new colleges to accommodate students and most importantly the Delhi Jan Lokpal Bill have seen little or no progress. Thus, the party clearly needs to pull up its socks in order to live up to the promises made in the wake of the historic mandate. Also, while analysing, it is to essential to keep in mind the status of Delhi vis a single the union, that Delhi isn’t just another state, where the state government enjoys all powers it is entitled to, rather the role of centre is imminent and immediate, which in some sense constraints the power of the AAP government in terms of taking independent decisions,  that hold immediate implications with free applicability.

Thus, Kejriwal’s disappearance from the primetime slots may be part of a revamped agenda. It seems that the party is learning from its past mistakes and taking steps to change the perception. It is evident that the government’s inability to implement solutions is greater than its will to come up with ideas, which is going to be a key factor in making their mark in Delhi. Kejriwal’s interactions with the new Lieutenant Governor Anil Baijal have been smoother than those with Jung and the party would be taking all efforts to not sabotage them. Only time will tell if the less talk approach would necessarily pave way for a ‘work more’ mindset.