Everything you must know about Jan Arogiya Abhiyan

On August 15, 2018, the Prime Minister announced the Ayushman Bharata scheme – National Health Protection Scheme renamed as Pradhan Mantri Jan Arogya Abhiyan. The scheme launched on September 23rd , will provide hospitalization insurance of Rs. 5 lakh to about 10.74 crore. It is being touted as the world’s largest government healthcare progamme with an estimate of 60% contribution coming from the Centre and the remaining from the States. The objective is clear – to provide a financial cover to the poor against hospitalization costs and this would come with a slew of ambitious measures
in view of an overhaul of the system. Some of the problems which will be addressed are strengthening of the district and sub-district hospitals, increasing the efficiency of public hospitals, focusing on affordable care by promoting the Indian systems of medicine as well to achieve wellness of the individual and others. 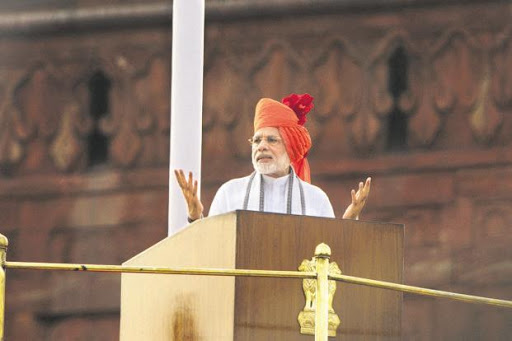 With such advantages, the PMJAY is being promoted fully by the current government. But, is this a mere political tool with an eye to gain votes or is the scheme beneficial to the people of India? Let us understand the scheme in full detail.

According to Rajeev Ahuja, a development economist in Asian Age, the genesis of the PMJAY can be traced to the mid-2000 when the Karnataka government had begun the ‘Yeshasvini’ scheme which covering the state cooperative farmers through health insurance. The model became so popular that many states and even the Central government decided to adopt this scheme. Thus, the Rashtriya Swasthya Bima Yojana was launched in early 2008 and was targeted only for Below the Poverty Line households initially and later expanded to cover other categories with the sole objective of reducing the
Out of Pocket expenditure on health care and thus providing improved access to quality health care. In fact, the scheme was flexible to the states – i.e. they could choose the design to their conditions. Under the scheme, basic hospitalization coverage of up to Rs. 30,000 per annum was entitled to maximum 5 members of the family on a family floater basis for most of the diseases that require hospitalization. But, the scheme failed to look into certain aspects – burden of health expenditures of the family which
pushed them into poverty; hospitalization expenditure and percentage of total household’s out of pocket expenditure. In short, the scheme failed to provide the financial cover which it was designed to provide. Other systemic grievances include its focus only on the primary care instead of the secondary and tertiary care hospitalization or for that matter placing a cap on the members of a family entitled for treatment etc. further reduced the feasibility of the programme as only those who were affluent enough used the scheme leaving the marginalized who actually needed it. The PMJAY sought to correct these
issues. Let us understand what the scheme entails in detail.

Also Read -   Petrol Price in India - Is it hiked under Modi Government?

What is the scheme all about?

The scheme aims to provide an insurance coverage of Rs. 5 lakh per family annually targeting poor, deprived rural families and identified occupational category of urban worker’s families as ell totaling to more than 10 crore poor families as identified in the Socio-Economic Caste Census (SECC) data which can be availed in government or listed private hospitals. In the long run, it is envisioned that the people covered will increase to about 50 crore people.

The Government is moving at a very fast pace in this regard. About 8,735 hospitals, both private and public, have been empanelled for the scheme, chalking out arrangements for the scheme such as including 1,354 packages in the scheme under which treatment for coronary bypass, knee replacements and stenting, among others, which will be provided at about 15-20% cheaper rates than the Central Government Health Scheme (CGHS). So, the individual needs to just go to a government hospital or listed private hospital, in case of hospitalization and need not pay anything under this scheme.

Another plus point of the scheme is that there are no conditions fixed on family size for treatment or age of the person under the scheme, ensuring that all the targeted beneficiaries are covered by just establishing one’s identity. This can be done through the Aadhaar Card, Ration Card or even the Election Voter ID. Also, the fact that the targeted beneficiaries are identified from the Socio-Economic Survey adds to its authenticity.

So, with these benefits, the scheme is well targeted and the whole setup is being worked about quickly to uncover the loopholes and make this pet project of the Prime Minister work. In fact, the targeted population is a good voter base and the mere fact that they would be able to afford care and treatment in private hospitals is itself half the battle won rather than the poor setup in the PHCs.

Also Read -   Modi government: Here is how it has performed till now!

The fact that it is flexible to the states – an idea borrowed from the RSBY is also a good strategy combined with the major advantage of support from most states which are governed by the same political party or its allies as at the Centre which can help in the rapid roll-out of the scheme.

While the scheme aims to make hospital care affordable to the poor, it also seeks to increase the accessibility of such care for the beneficiaries by strengthening district and sub-district hospitals as well as to forge partnerships with the private sector in order to be able to serve those who are not able to easily access health care according to an article by Rajeev Ahuja in the Financial Express.

For the first one, the government has decided to prioritise those districts which have a higher share of potential beneficiaries as well as lack the hospital infrastructure. For the second one, the government is relying on building relationships with private players. The aim of the government in this regard is noble, but they are relying too much on the private providers which is a major pitfall. In tier-1 or 2 areas, the private hospitals may or may not join the scheme depending on their choice as the regions are well-developed, but this may not be the case with tier-3 cities and rural areas where the penetration of private hospitals is relatively low owing to social and economic factors. The establishment of thousands
of such hospitals as the government hospitals are not well-equipped is a major point to ponder over. Mechanisms to woo the private players into setting up hospitals in these areas need to discussed keeping in mind the fulfillment of long-term objectives. For that, the government needs to rework on the package rates that the government is willing to pay to these private players to encourage them to set up and gain their profits apart from the fact that they would gain recognition being part of the scheme. There is a lot of uncertainty around this. Both the private parties as well as the government needs to clearly come to a consensus on achieving this soon to take this initiative further.

The mere emphasis on the private players is not enough, efforts need to also be taken in line with systemic failures which have carried on from a long time in addressing the burden which health care has on people by improving the efficiency and the effectiveness of hospital care in public hospitals as well. With the help of private players, the government could begin on improving the government hospitals and developing its infrastructure so that it could cope with health –related issues at the first stage itself rather than prolonging and ending up at the super-specialty private hospitals by improving the medical education or reducing geographical disparities, improving diagnostics infrastructure in these areas etc. By being able to understand the full loop, the full potential of the scheme can be realized for which the present government is running against time.

Is PMJAY a mere political tool?

By looking at the outline of the scheme, the scheme might appear to be just an upgraded version of the RSBY but the reason for its popularity can be attributed to its promotion by the Centre, the fast-paced nature of administrative procedures by setting up the National Health Authority to move things and added technological inputs overlooked by the Prime Minister himself has appealed the common man making it ‘the mother of all health insurance schemes’.

The timing of the health insurance scheme has been perfect with an eye for the 2019 General Elections. The government is racing against time to have the scheme –rolled out and is thus leaving no stone unturned to promote it. The scheme as such may not be able to start work anytime soon but the launch of the scheme itself may be a good enough ploy to reach out to the voters and to win their confidence. The strategy which they are about to adopt will connect each beneficiary household through a letter informing them of their benefits as part of the scheme whenever they are in need. This is definitely smart work for the assurance which when availed by the early beneficiaries will definitely add to the
government’s image on the work front.

The Narendra Modi government has definitely hit the nail on its head. It’s time to see how their work is repaid back only in 2019 now!