Why Indian Rupee is failing against US Dollor 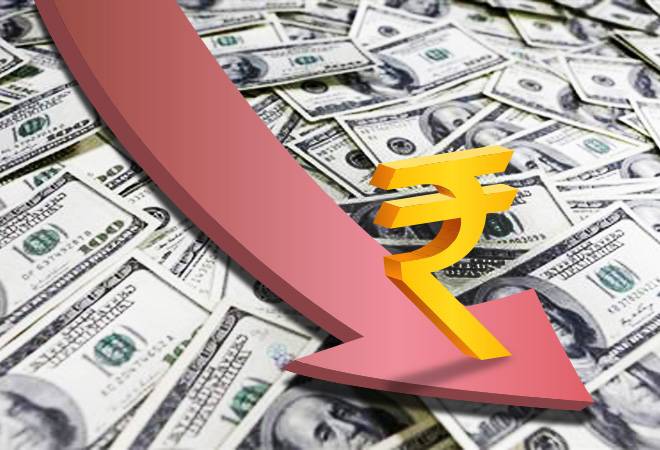 The rupee has become the weakest currency in Asia currently. It is facing one of the worst economic crisis ever owing to the current account deficit and since this will hold for some time, the rupee is likely to remain weak for some time raising concerns in terms of increase in crude oil prices as well. In relation to this context, both the BJP as well as the Congress are engaging in a war of words over former RBI Governor Raghuram Rajan’s note to the Chairman of the Estimates Committee of the Parliament on over-optimistic bankers, slow decision making in the government and moderation in economic growth which mainly contributed to the rising bad loans. A lot of reaction and criticism was received over Mr. Rajan’s comment by both the parties which further indicated the increasing tension.

To understand the issue in detail, let us trace the causes of the fall in the Indian rupee.

Fall in the Indian Rupee

The problem is not a new one. The rupee has been falling from a long time in the past decade. According to Tadit Kundu in Mint, the emerging market currencies which depreciated this year were the ones with weaker current accounts which means a trade balance with the world. Many analysts are pointing to important factors such as wider trade deficit, increase in imports and rising crude oil prices as the major causes of the problem. To add to these woes, the problem of the NPAs of the banks has also aggravated the already poor condition with regards to this. Let us look at each of these reasons in details –
i) Wider Trade Deficit i.e. on one hand India’s exports have reached an all-time low whereas its imports are rising, thus widening the balance in the trade as the import value is exceeding the exports value and this trend if continued will push up the current account deficit. We are spending more dollars to buy goods and services from the world than earning our Indian rupees from selling in the global market.

ii) The Oil Problem i.e. spending more money to import crude oil from others. Nearly 80% of the country’s fuel needs are met by these imports which is on a high. According to a report by Wood Mackenzie, the daily fuel demand of India is going to touch 1,90,000 barrels this year from last year’s 93,000 barrels. With an increase in the demand, there is an increase in the cost of the crude oil as well. Petrol today has crossed the Rs. 80 mark today straining the finances to greater degrees. Economic Survey estimates also mention that the price of the crude oil if increased by $10 per barrel, that will lead to a reduction in India’s GDP by 0.2-0.3 %. Also, this again is an item for import which means demand of the dollar will increase reducing the value of the Indian rupee.

Read more – Is the economy of India doing better under Modi?

iii) Trade wars in the world i.e. the scenario of global trade is undergoing a lot of friction. US has initiated a trade was with both European Union and China and these countries have also responded in a similar manner. Thus, the prices of imported commodities will definitely go up increasing the outflow of the dollar from the Indian market. In another case, the crisis in Turkey too (reduction in the value of Turkish currency Lira owing to US policies) according to Edelweiss, a broking firm in long term could hurt India’s exports as well. Thus, the global policies could also have a drastic impact on the Indian rupee. Its not only India, but the spurt in the dollar outflow has affected many Asian currencies very badly.

iv) Case of the Capital Outflows i.e. the slowdown in the foreign investment especially in the bonds and equities will also influence the weakening. Nearly Rs. 48,000 crores, has been pulled out from India by the Foreign Portfolio Investors (FPIs) in the first six months of the year itself which was bad compared to last year. One major reason for pulling out the money is the political uncertainty in India. With NDA’s popularity decreasing according to survey polls, investors are worried that if a new government comes in place and changes the policies, then their money might get trapped. 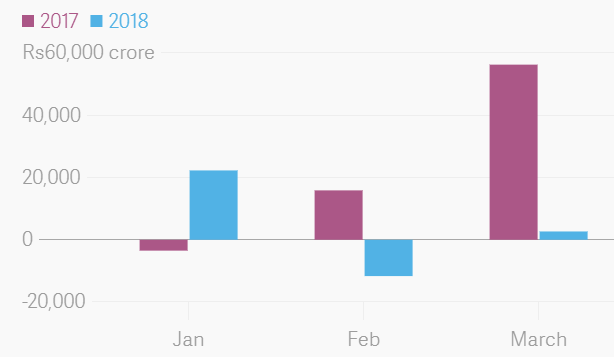 These are some of the problems which will need to be addressed soon by the RBI. Of course, one may say that the inflationary difference between the US dollar and the Indian rupee have caused the rupee to lose about 60% of its value in the last decade alone, but if this persists it would lead to a catastrophe. The one good news though is that India’s external vulnerability is stable compared to the situation in mid-2013 when India was one of the worst hit emerging market and the fact that it has one of the lowest external debt ratios when compared according to GDP size among major market economies.

What is the reaction of the BJP and the Congress over the Rajan’s note?

With regards to the economic situation, former RBI Governor Raghuram Rajan in a note to the Chairman of the Estimates Committee, pointed out the problems which the country is facing. Both the parties have picked what suited their interest in throwing mud on the other. The BJP picked up the statement of Rajan which suggested that between 2006-08, the government functioning led to an increase in the NPAs in the banking structure while the Congress has picked up on non-action by the government on the rising bad loans. They point that when Congress demitted office, the NPAs stood at a value of Rs. 2,83,000 crore but today the figure stands at Rs. 12 lakh crore, a sharp increase in these four years. With the government not able to act on those who committed these frauds – Mallya, Mehul Choksi, Nirav Modi and others, the Congress scored a point on that front in the battle. 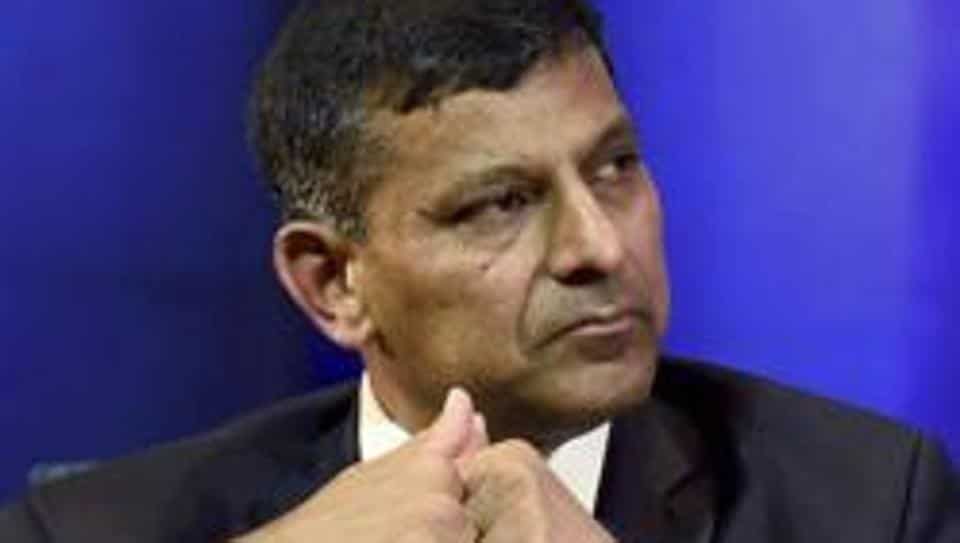 But Rajan’s note, clearly states that the previous government too is at a major fault here for the failure of the institutions which could have led to a timely action in solving the NPA crisis at an early stage itself. The banks gave even more loans to the borrowers sitting on the NPAs which further worsened the situation. One part which both the parties have conveniently ignored is that of farm loan waivers which eventually reduce the credit flow which has accounted for much loss. The BJP had promised a farm loan waiver in UP by announcing a Rs. 32,000 crore scheme before the Assembly elections last year and the trend has continued in BJP ruled Maharashtra as well as the Congress-JD(S) ruled Karnataka.

What is the road ahead?

The stress of the economy will fall on the shoulders of the bank and the banks now are very weak. Hence measures to strengthen the banks need to be put in place first. The Insolvency and Bankruptcy Code (IBC) initiated by the NDA regime is a step in the right direction which will address the resolution of the NPAs but more needs to be done. The RBI has come up with measures to contain the inflation and look towards resolving the crisis. Steps to curb the import of non-essential goods will need to be encouraged and so is the case of encouraging the rise in Indian exports which will help in addressing the issue was discussed. Also, removing restrictions on foreign portfolio investments and encouraging Indian borrowers to issue rupee-denominated ‘masala bonds’ were also announced to increase the inflow of dollars into the Indian economy which will address the fluctuations in the exchange rate. But, with a slew of measures, one important thing is that the response to these moves will need to be monitored carefully.

But, one cannot stop with these short-term measures which though are necessary to avoid an immediate crisis in the external sector. There is a long road ahead. The major problem being, the slow pace of the Indian exports. India has been unable to boost its exports for a long time. Hence the government now needs to think of a long-term plan to boost exports by removing the necessary policy barriers and find a sustainable solution to the problem of the falling rupee. The other reason is the huge dependence on oil from other countries which has given stress to the current account deficit. India now needs to find sustainable domestic sources of energy which will be a move in the right direction. The government must intervene and track the changes for an effective resolution of the NPA crisis and the weakening of the rupee.