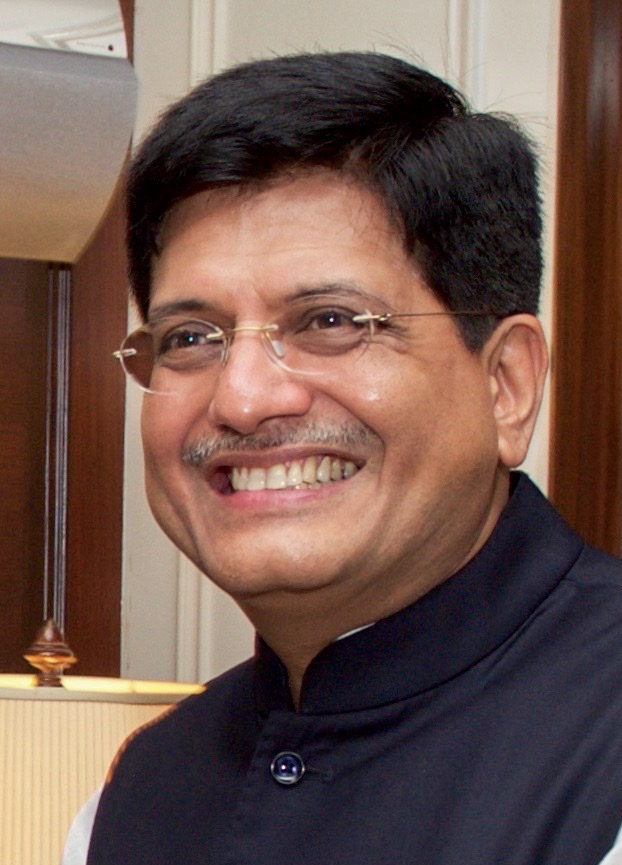 Escaping a scathing criticism with respect to delay in release of employment report the Government has hit  bulls eye with such a huge decoy of interim budget 2019-20. Where news reports and opposition trying to rain hell on Government comparing the current employment situation with what was 40 years ago,(indirectly accepting that it was worse 40 years ago when they were in power) Piyush Goyal has come up with a masterstroke taking the heat of discussion to an altogether different topic. Todays interim budget was all about the past four years of Modi Government and about all the schemes which were launched targeting the poor and needy. With successfully launching various social security schemes in last 4 years BJP has tried to penetrate into the votebanks of tribals,dalits, as contrary to its pre conceived notion of ‘Baniya’ party.

What does Middle class has to cheer in this budget?

For the first time people ,who were honestly paying their income tax, were relieved from the burden of taxation. People having annual income upto 5 lakhs per annum would get the benefit of tax rebate, and if your income is 6.5 lakhs per annum with interest arising from investments in  Provident Funds and Equities then still you are eligible for tax exemption cover. This move in itself will impact around 3 Crore middle class Indians who were faithfully and humbly paying their taxes from time to time. The TDS bracket has been increased from 40,000 pm to 50,000 per month. Government’s contribution in Employee Provident Fund has been increased from 10% to 14% while the employee’s contribution is same at 10%. Minimum value of TDS on house rent increased from 1.8 lakh per annum to 2.4 lakhs per annum.  This budget was released keeping in mind the state of affairs of salaried class who is usually referred to as ‘desh ki dabi kuchli janta’ in other words humble attempt to please them in an earnest manner hoping they would do the same at the polling booths.

For the farmers and unorganised sector

Agriculture has become a soft spot for BJP after Chhattisgarh fiasco. Some sort of waiver or subsidy was expected from them and they indeed met the expectations of the speculators.  Along with increased investment in Organic Farming by 20%, and other existing schemes of the likes of Crop insurance and soil health card in order to prevail over the Agrarian crisis they have come up with Prime Minister Kisaan Samaan Yojana, where INR 6000 will be debited to the farmers account every year in three installments for the farmers holding land less than 2 Acre. This is similar to what we have seen in Telangana ( Ryotu Bandhu), which helped TRS to sweep the assembly polls winning 88 seats. The second biggest announcement for the marginalised sector was the launch of nationwide pension scheme for the workers of unorganised sector, Pradhan Mantri SHram Yogi Mandhan Yojana. Under this flagship program the recipient will receive monthly pension of INR 3000 after age of 60 at a premium of INR 100 per month if enrolled in the scheme at the age of 29 and a premium of INR 55 per month in enrolled at age of 18. These two schemes targeted at two most marginalised communities has a strength of building up support base of around 22 crore people for the incumbent Government.

Finance minister in his speech raid out he road map to become 5 trillion dollar economy in next five years and 10 trillion in next 8. He laid down 10 point formula, which encompassed infrastructure,IT,youth,renewable energy, rural industrialisation, safe drinking water, organic farming women empowerment, for achieving this aim. He also didn’t  fail to mention that as declared in previous budgets Railways had completely gotten rid of unmanned crossing by financial year 18-19. For the defence sector there was an allocation of 300,000 crore one of the highest allocations in recent years. Minister Sahab showed the courtesy of thanking the honest taxpayers again and again in his speech and acknowledging their contribution in the nations development. But at the end of the day wooing the middle class, pleasing the farmers,social security to the unorganised sector the election begul has been blown in the house.