How Has Modi’s ‘Make in India’ Campaign Performed By Now? 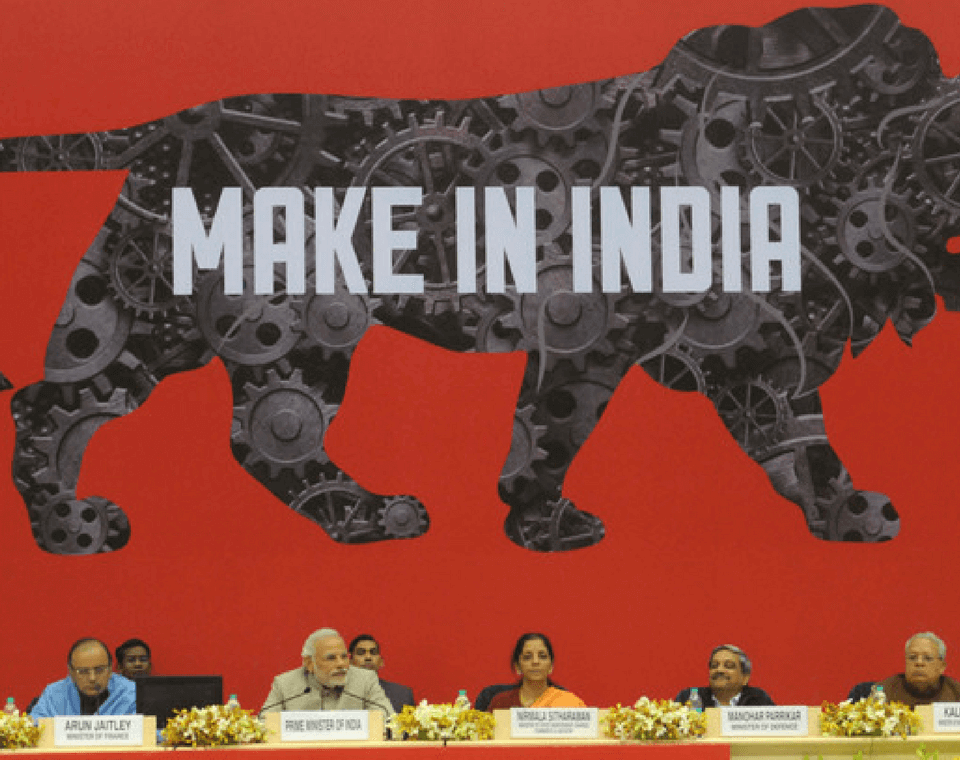 Prime minister Narendra Modi announced an initiative Make in India in 2014 which aimed to encourage national, as well as multi-national companies to manufacture their products in India which will create jobs and enhance skills of youths in 25 key sectors like automobile, broadcasting, defence manufacturing, mining, aviation etc. Let’s take a closer look at how Modi’s Make in India campaign performed by now?

To make it work a new government policy of 100 percent FDI is permitted in almost all 25 sectors.

In 2015 India emerged top destination globally for Foreign Direct Investment (FDI), surpassing the USA as well as China. And received US$63 billion in FDI.

Ease of doing business FDI reforms, skill development, infrastructure creation, encouraging for startups etc. are the areas that have been brought into focus after the launch of Make in India campaign by the Government to make India the most preferred investment destination.

Under the companies act 2013 it is made mandatory for companies who have a Net profit of INR 5 crores or more would at least had to shell out 2 percent of the average net profits of the company made during the three immediately preceding financial years” on “CSR” activities. And those CSR activities included environment, education, infrastructure development etc

The main idea behind Make in India is to make India a manufacturing hub and for that, it needs good infrastructure, skilled labor, ease of Business, low costs. Every year World Bank releases Ease of doing business index of countries. A Higher index means that particular country has better and simpler regulations to run a business in a country. India is ranked 130 out of 189 countries in 2017 moving up one place from last year’s ranking of 131 and 12 places from 2013 rankings.

Startup India initiative was launched by PM Narendra Modi in 2015 to encourage entrepreneurship among Indians, generate high scale employment opportunities and Boost Economy. As a result of this initiative, Softbank invested US$2 billion in Indian startups.

Oracle on 12 February 2016 announced to set up nine incubation centers in Bengaluru, Chennai, Gurgaon, Hyderabad, Mumbai, Noida, Pune, Trivandrum, and Vijayawada.] Paytm announced it would pledge 10 crores towards the marketing of “Make in India” products.

To promote make in India vision many small and large companies came into play like shop clues by bringing the rich heritage of traditional crafts of Indian minorities into the limelight with IndiaMart.

Grey Orange Robotics, the Gurgaon-based company aims at providing robots to the growing retail, consumer goods, logistics, and eCommerce sector from all over the world.

Foxconn the world’s largest contract manufacturing company which also manufactures iPhones, iPod, and iPad is planning to invest up to $5 billion in India to scale its manufacturing to international and local market. Chinese companies like Xiomi & Lenovo are already manufacturing smartphones in India In 2017, Larsen & Toubro, India’s largest engineering & construction firm received a contract from defence Ministry for Rs 4500 crore order to supply artillery guns to IndianArmy. Lockheed US defense Manufacturing firm tied up with Tata Advanced defense system lmt to establish a local production facility for F-16  fighter jets.

In 2015, Mercedes Benz doubled its India assembly capacity to 20,000 units annually, also making India one of the first market to make the GLA entry SUV outside of Germany.

Today,1700 German companies have been established in India and around Rs 3,000 crore investment has been made.

Make in India Mittelstand, was announced in September 2015 to help German small and medium enterprises (SMEs)—commonly referred to as ‘Mittelstand companies’ enter the Indian market

According to the IGCC Survey in 2015 Overall German companies provide more than 400,000 jobs in India.

Make in India Campaign: Why it is still a dream?

Availability of electricity at low rates to manufacturers is must for Make In India initiative to succeed and even for ease of doing business rankings.

Global comparative data shows that the official price of electricity in India is nearly double that provided by China, Vietnam, Indonesia, and Myanmar, to their manufacturers. Regular supply of electricity is also a problem so the industry is forced to use diesel generators which double the input cost of electricity.unavailability of infrastructures like roads, power, water, and internet. Language, local political issues, and limited channels of marketing and distribution are some of the factors that make tier 2 and tier 3cities less favorable for making the investment.

According to October 2016, economic times report 48% of Indian employers report difficulties filling job vacancies due to talent shortages.
According to Centre For Warfare Studies Currently, about 60% of India’s defence equipment is procured from abroad. There are imminent risks of such a situation to India’s national security. They argue that there is no effort to strengthen the R&D(research and development) sector in India as there is inadequate long-term funding. According to Jayant Vishnu Narlikar, an Indian astrophysicist says that there are very few students who opt for research as a career as fellowships provided to them at the age of 30 are hardly enough to support one’s family.

According to the research output of all institutions in India during 2005-14 using Scopus, the largest database of peer-reviewed literature nearly 60% of institutes did not have a single publication for over a decade.

Environmental and labor laws are being diluted to attract investors, without social and ecological conditions.

Without environmental safeguards, this initiative will destroy the soil, uproot farmers, contribute to deforestation, and increased pollution. For example, the Delhi-Mumbai Industrial corridor would destroy 17 percent of India’s farmland.

If this remains the scenario of India then making India a manufacturing hub will remain a dream.