#HinduUnitedAgainstTerror Campaign Brings Hindus Around the Globe Together 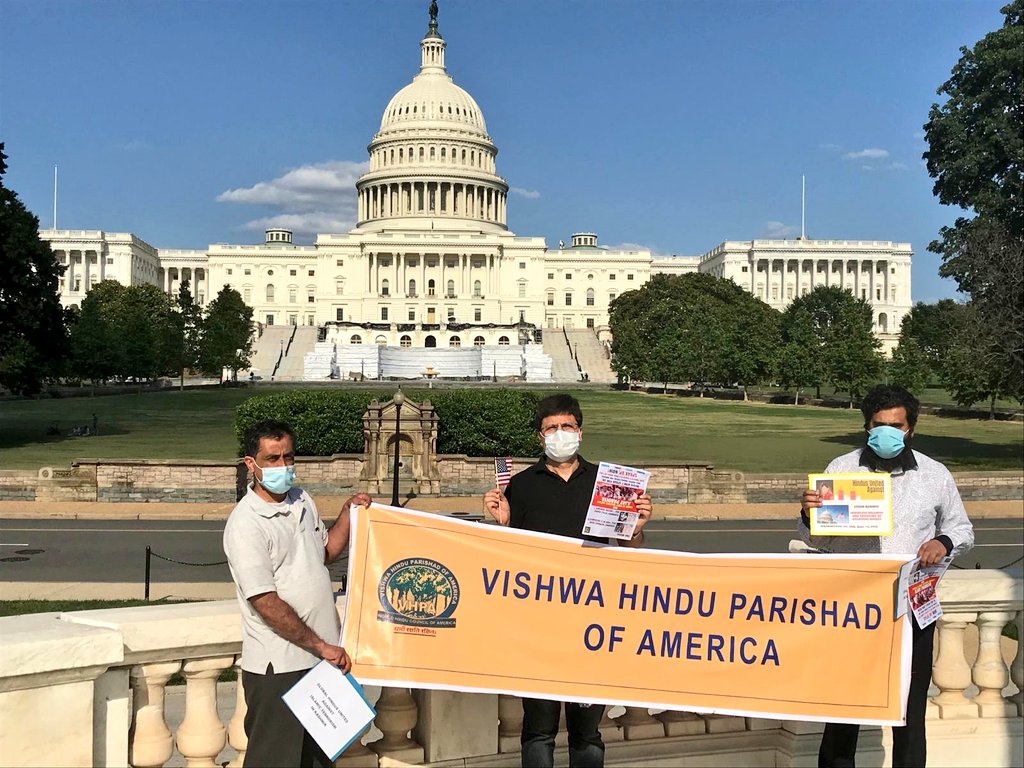 Ajay Pandita, a 40-year-old Kashmiri pandit sarpanch was shot dead by terrorists on Monday evening. Ajay was attacked at his own orchard . Ajay Pandita was sarpanch of Lukbawan village in Larkipora. He was one of the Few Kashmiri Pandits who stayed in the Kashmir Valley.

Global Protest Against the Killing of Ajay Pandita:

BJP Leader Kapil Mishra launched a Global Online Campaign #HinduUnitedAgainstTerror against Killing of Ajay Pandita  which was Supported by JKNOW. Thousands of Hindus From 100 cities across the world joined this Campaign on Sunday against the killing of Jammu and Kashmir sarpanch Ajay Pandita by Islamic terrorists.

According to Kapil Mishra these protests has started from Auckland, New Zealand and will be beginning soon in Sydney. The organizers have made a request to the protesters to protest by staying at home as it is an online protest.

Similar protest was seen at Brisbane, Australia. People joined this movement in huge number for Ajay Pandita. People are putting up stories on social media demanding justice for Pandita. The anger of people was clearly visible in their Tweets and posts on Social Media Platforms . People in their videos from different countries said that “this is not first time, before this also many Hindu ancestors were killed by terrorists. We want the terror to stop and will not stay calm till these terrorists get killed.”

Received these images from Brisbane, Australia

A protest will start in Perth and Sydney in sometime

Kapil Mishra has shared Videos and Pictures of Hindus joining #HinduUnitedAgainstTerror  in India and from across the globe. People can be seen holding placards and posters that read “Justice for Ajay Pandita”, “Stop Killing Kashmiri Pandits” and more.

Journalist Abhijit Majumder joined the protest and said, ‘First time I’m seeing a global show of hands by Hindus against jihad with #HinduUnitedAgainstTerror planned in over 100 cities. The silence is finally ending.”

First time I’m seeing a global show of hands by Hindus against jihad with #HinduUnitedAgainstTerror planned in over 100 cities. The silence is finally ending. https://t.co/ry0HOHDAng

Earlier, Kapil Mishra took to Twitter to announce that a protest will be held on June 14 in the wake of killing of Ajay Pandita who is a Kashmiri Pandit and a sarpanch in Jammu & Kashmir. He had said that he’d spoken to people in USA, Australia, Britain, Singapore alongwith several in India who have promised to participate in the protest. While announcing this, he said everybody should protest keeping in mind all the social distancing rules from their homes.

This Campaign has got amazing support from Across the World. According to Kapil Mishra 6 lakh Tweets were posted on the Hashtag #HinduUnitedAgainstTerror till 8:15 pm on Sunday.