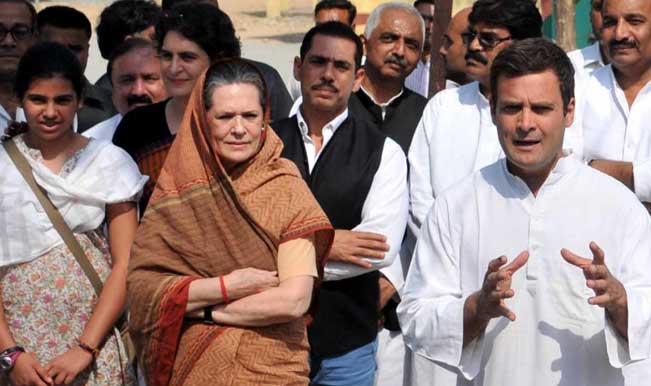 The Enforcement Directorate had attached a property belonging to the Gandhi family. This earlier belonged to associated journals in Bandra in Mumbai.

According to the details, this 3,478 sq meter property in Mumbai land belonged to a scheduled caste-scheduled tribe hostel. However, this land became a private property of Gandhi’s through Associated Journals Limited (AJL) at a throwaway price.

Several documents related to the allotment of land to AJL were not traceable, because all these records were destroyed in the 2012 fire in Mantralaya.

The land was sanctioned for Scheduled Caste and Scheduled Tribe students’ hostel as per the detailed proposal of 1967. However, the then government moved ahead and allotted the land to Associated Journals for commercial purposes. The government did not follow any existing rules and regulations at that time, the report suggested. As per the rules, anyone who gets the land sanctioned by the government must start construction within two years. However, in this case, from 1983 to 2000, there was no construction on the said land. It was initially allotted to build the hostel, but when the construction started, a commercial building was built by the AJL. The building was used for rentals and other commercial activities.

According to the regulations, only 20,000 square feet of commercial properties were allowed on the land. However, they built 80,000 square feet of commercial properties that are four times more than the permitted coverage. Through a special dispensation, then government also reduced the revenue share percentage to be paid to the government for the sanctioned commercial land. While other commercial lands allotted by the government have to pay 50 percent of the revenue, revenue from the said land was reduced to 30 percent giving huge benefit to AJL owned by Gandhi family.